Ms Thornberry initially came on the show to argue the UK should do more to ensure that countries around the world have access to vaccines.

However, Ms Garraway concluded the Conservative Party may have taken away the opportunity for the Labour Party to oppose it by focussing on things people care about right now.

She said: “I will tell you what worries me.

“We need a strong opposition, there are things that we need to be taking the Government to task on. 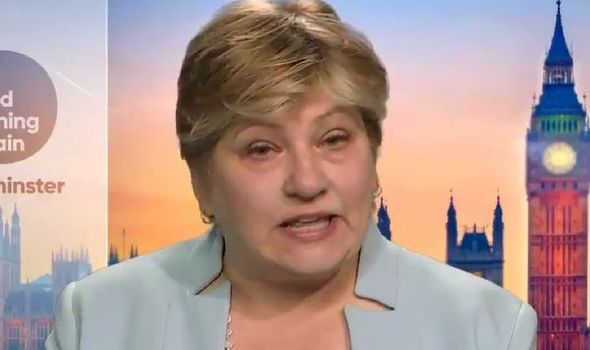 “You are here representing Labour as well as the particular issue you want to talk on.

“But we have got a situation where effectively, it looks like the railways have been renationalised and that doesn’t feel very Conservative.

“It doesn’t feel like you are speaking up for what most people are worried about.”