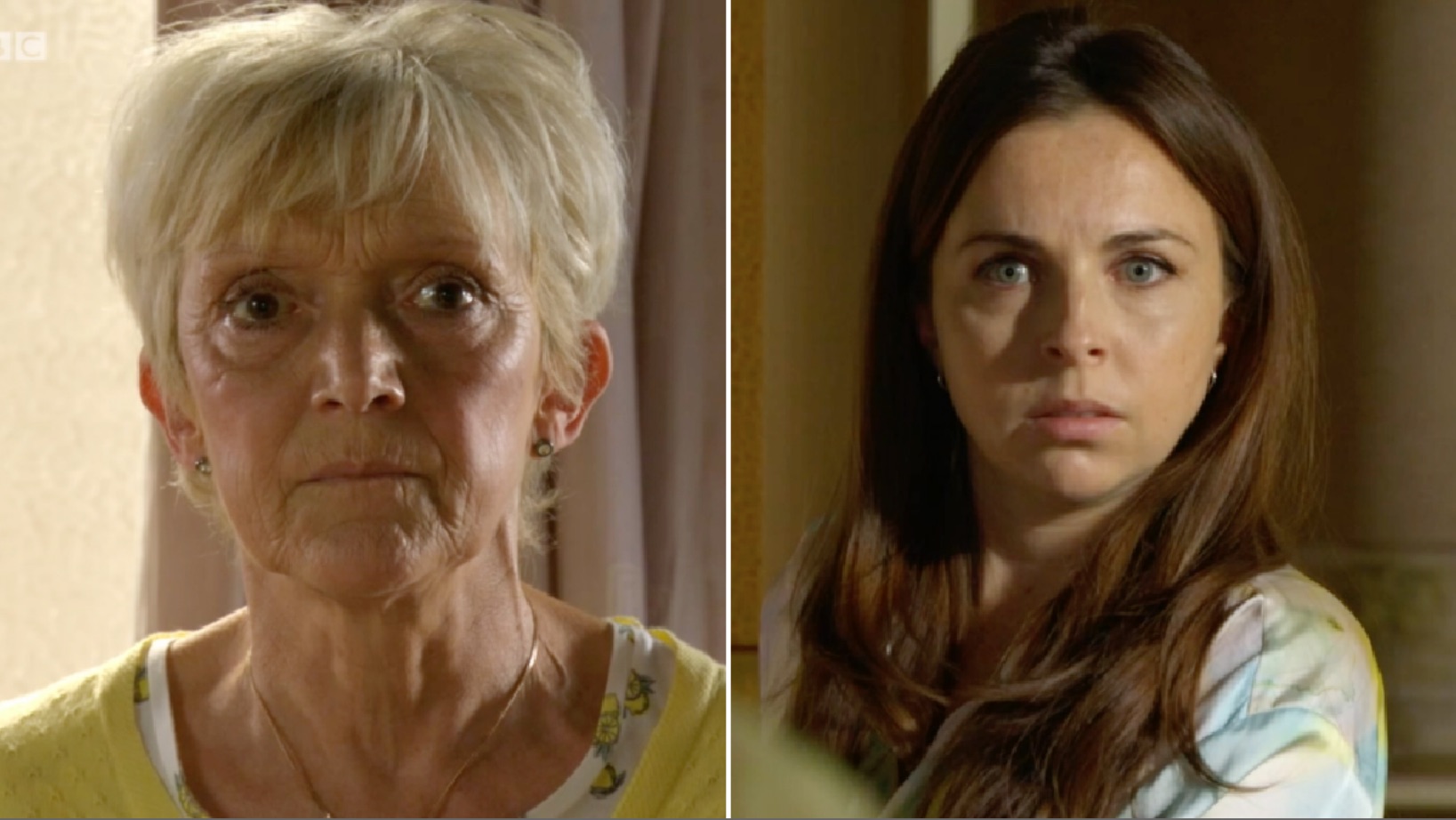 Jean Slater (Gillian Wright) was heartbroken in EastEnders tonight, after discovering that Stacey (Lacey Turner) had lost her visitor privileges after getting into a fight.

The stalwart of the BBC One soap, who believes that she’s dying after finding what she thinks is a lump on her breast, has been quite clear in recent episodes that visiting Stacey is the only thing keeping her going.

Worried that she might never seen her daughter again in the wake of this new development, Jean took her frustrations out on Ruby Allen (Louisa Lytton), reminding her that it’s her fault Stacey is locked up in the first place.

‘If I never get to see her again, it’ll be your fault,’ she told Ruby, who said nothing, knowing Jean is correct.

‘You come round here with your fancy face masks pretending to be nice, but I know what you’re really doing.

‘You’re guilty! You know you should’ve never called the police on Stacey and you’re trying to make yourself feel better because you put her in there!

‘You put her in there. And you’re standing in my house.’

Ruby attempted to console Jean in the wake of her sad news, but it was no use, as Jean retaliated by ordering her to get out.

Ruby, holding back tears, left No. 31, struggling to cope with the guilt.

Viewers will know that it is actually her fault that Stacey was sent to prison, after she lied to the police, claiming that her former mate had pushed her down the stairs, causing her to have a miscarriage.

What’s more, the CCTV from the club backed up such a claim.

While Jean branded Ruby ‘guilty,’ she doesn’t actually know the full tale, but it’s clear that Ruby is struggling to come to terms with what she did.

EastEnders continues Thursday July 29 at 9:05pm on BBC One, or catch the next episode right now on BBC iPlayer!