Sunday AM Update: Refresh for more analysis and chart We’ll have to wait and see what success WarnerMedia drums up in regards to Wonder Woman 1984‘s outcome on HBO Max, but from a box office perspective over Christmas with 60% of the 5,8K theater domestic market closed due to COVID, it posted better 3-day numbers than Warner Bros.’ Tenet over Labor Day weekend with $16.7M at 2,151 theaters; the highest we’ve seen during the pandemic. 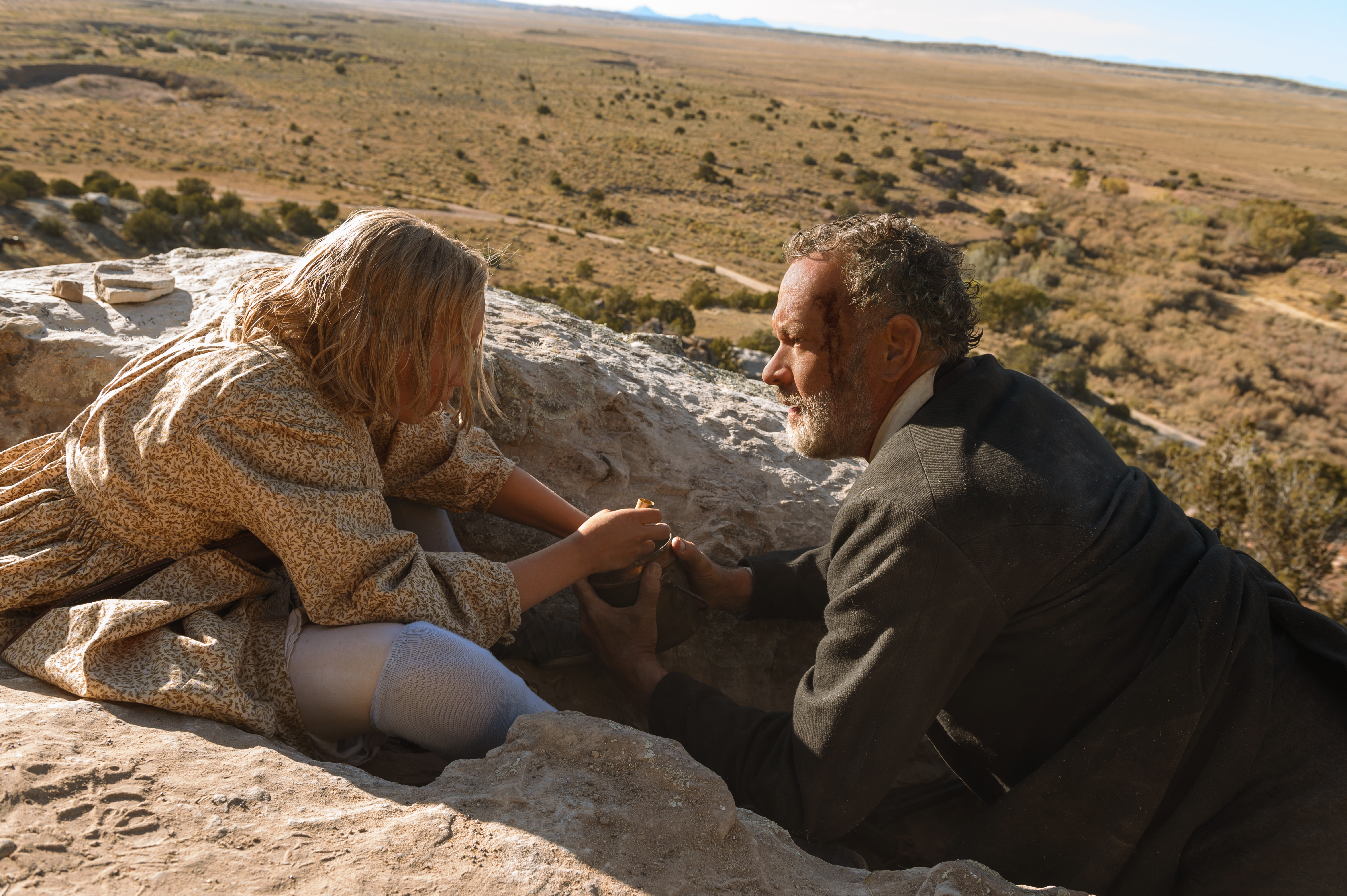 In regards to the holiday weekend’s other opening titles, Universal’s Tom Hanks western News of the World and Focus Features’ Promising Young Woman, they respectively earned $2.4M and $680K in spots 2 and likely 5; Uni also owning the No. 3 title, DreamWorks Animation’s The Croods: A New Age which brought in $1.7M in weekend 5 for a running $30.3M domestic total. Roadside Attraction’s Pinocchio at 764 theaters brought in $274,6K. Again, these aren’t the types of figures we’re use to for a Christmas holiday weekend.

WW1984, News of the World and Promising Young Woman all earned B+ in terms of their CinemaScores. The first Wonder Woman earned an A back in 2017, but that was when more cities were available for polling.

Make no mistake, though, for a $200M planned DC event feature, which began its promotional drumroll all the way back at San Diego Comic-Con 2018 when director Patty Jenkins and stars Gal Gadot and Chris Pine dropped footage after three-and-half weeks or production, this weekend’s box office result of Wonder Woman 1984 is a disaster by normal pre-pandemic marketplace standards, and the question is whether Warner Bros. should have simply waited to release this event pic until later in the year when the entire exhibition infrastructure is back on track, and the pandemic, as we’re expecting, will be restrained.

Wonder Woman is a soulful property, one of pride for women. It’s a movie that they will flock to the theater to see in packs. The first 2017 movies saw its initial projections four weeks out start at $65M and finally clock to $103.2M; all to the influx of women. The majority of that demo has been sidelined to watching the sequel at home, and dollars have been lost. Warners brass said previously when the decision was made about WW1984 that it was done to appease the fans. But if Marvel fans can wait a year for Black Widow, why can’t Wonder Woman fans wait for a sequel? The delay would only fuel the box office. Why do damage to a piece of lucrative IP by forcing a theatrical release when exhibition is barely alive and the feature can feasibly be copied via its HBO Max streaming drop?

Below a tweet from when the movie opened back in June 2017 from voiceover actress Julie Nathanson:

Already there is a clean, watchable copy of WW1984 out there on an accessible pirate site. With HBO Max consumers already experiencing glitches with the film, who is to say that those preferring the WW1984 experience at home won’t find their way over to pirated sites, and avoid signing up altogether? (Disney+ has the same dilemma by the way with Soul which received a release on the streaming service where it’s available, and on the big screen in those territories which don’t have it). However, these are the things that major studios need to take seriously before they start dropping movies day-and-date in theaters and on streaming services. You’re just plummeting the value of your individual feature assets.

WarnerMedia has contended initially that WW1984 day-and-date theatrical and HBO Max release was a means to keep theaters afloat while propping up its HBO Max service as well. Initially that was all well and good, and understandable during the pandemic, especially at Christmas with many at home, not to mention AT&T is in desperate need to get HBO Max at a competitive subscriber space after stumbling out of the gate. And granted, other major studios like Disney have eventized their once conceived theatrical releases as in-home events, i.e. Soul, Mulan and Hamilton. However, the insult to injury for both exhibition and the motion picture industry came when WarnerMedia brazenly announced that their entire 2021 theatrical slate was going in theaters and on HBO Max at the same time; this when projections are that the box office could feasibly open up by the summer once the vaccine takes effect.

For all the fairy tale notions that any shortfall at the global box office here for WW1984 will be made up by HBO Max subscriptions, keep the following in mind: In order to make a ton of money, WarnerMedia needs to grow their subscriber base outside of HBO. AT&T reported during their third quarter that it had 38M subscribers between HBO pay-cable subs and HBO Max subs. Since October, AT&T CEO John Stankey reported at the UBS Global TMT Virtual Conference that HBO Max added 4M customer “activations” to reach 12.6M. WarnerMedia doesn’t make any money by merely activating current HBO subscribers into HBO Max subs with WW1984. They need to make greater outsider additions, and right now, HBO Max is only a U.S. service. If 38M households became active over the holiday weekend with HBO Max, and assuming two tickets potentially bought per household, that’s 76M tickets unsold to WW1984. But, once again, the leverage of WW1984 on HBO Max was a marketing stunt to raise the streamer’s profile. Go figure.

In the uneven success of the DC universe post Christopher Nolan’s Dark Knight franchise (uneven meaning when you compare it to Disney’s powerhouse Marvel), Wonder Woman was one of the few event pics that worked along with Aquaman and Suicide Squad. After Aquaman became the first DC movie to reach $1.1 billion, God knows the studio had billion dollar box office stars in their eyes for WW1984. Following the pic’s launch at SDCC 2018, the pic got a boost at Brazil Comic-Con last December, and was further boosted again during the studio’s late August DC Fandome virtual conference.

While no major studio is spending as much as they normally do during pre-pandemic times when NY and LA are open, to get to these types of weekend box office numbers, Warner had to spend something. As of last weekend, iSpot calculated that Warner shelled out $17M in TV ads for WW1984 to reach close to 800M in impressions.

Social media analyst RelishMix says that the Jenkins-directed sequel nabbed a bountiful social media universe of 325.6M before opening due to the cross-promotional triangulation of  Warner Bros. Pictures, DC Universe and growing HBO Max digital channels. “Platform activity on YouTube has a robust 21 owned videos and 90+ reposted videos feeding 177.3M views. On Facebook, fans for the film have grown to 2.4M with 33 videos in the 12 months driving over 14M views. Awareness/reach is indexing strong in relation to Covid trends across digital platforms, activity is exceptional with Gal Gadot cast activation,” reports RelishMix which also spotted that positive convo for the movie was a 10 out of 10 on their index.

Of the notable pushes on social, Warner dropped the sequel’s three-minute opening sequence on Dec. 15, “a bold move of hooking and engaging the audience and drive more early activation of the HBO Max app on OTT devises and smart TV’s” says RelishMix; the clip registering close to 6.5M views.

RelishMix counts that the combined activated social media follower reach of the WW1984 cast of Gadot, Pedro Pascal, Connie Nielsen and Robin Wright stands at 62.3M followers, of which Gadot accounts for 94% with 58.7M followers. She has worked a tremendous amount of overtime in promoting the movie on social, and the talk show circuit, i.e. The Tonight Show. Her Instagram video posts are events unto themselves, i.e. her press junket prep drew 4.4M views, her glam prep sung to the Indiana Jones theme did close to 3.2M views, and the silly music video she made with Wiig, which she showed off on The Tonight Show generated 3M, see below: 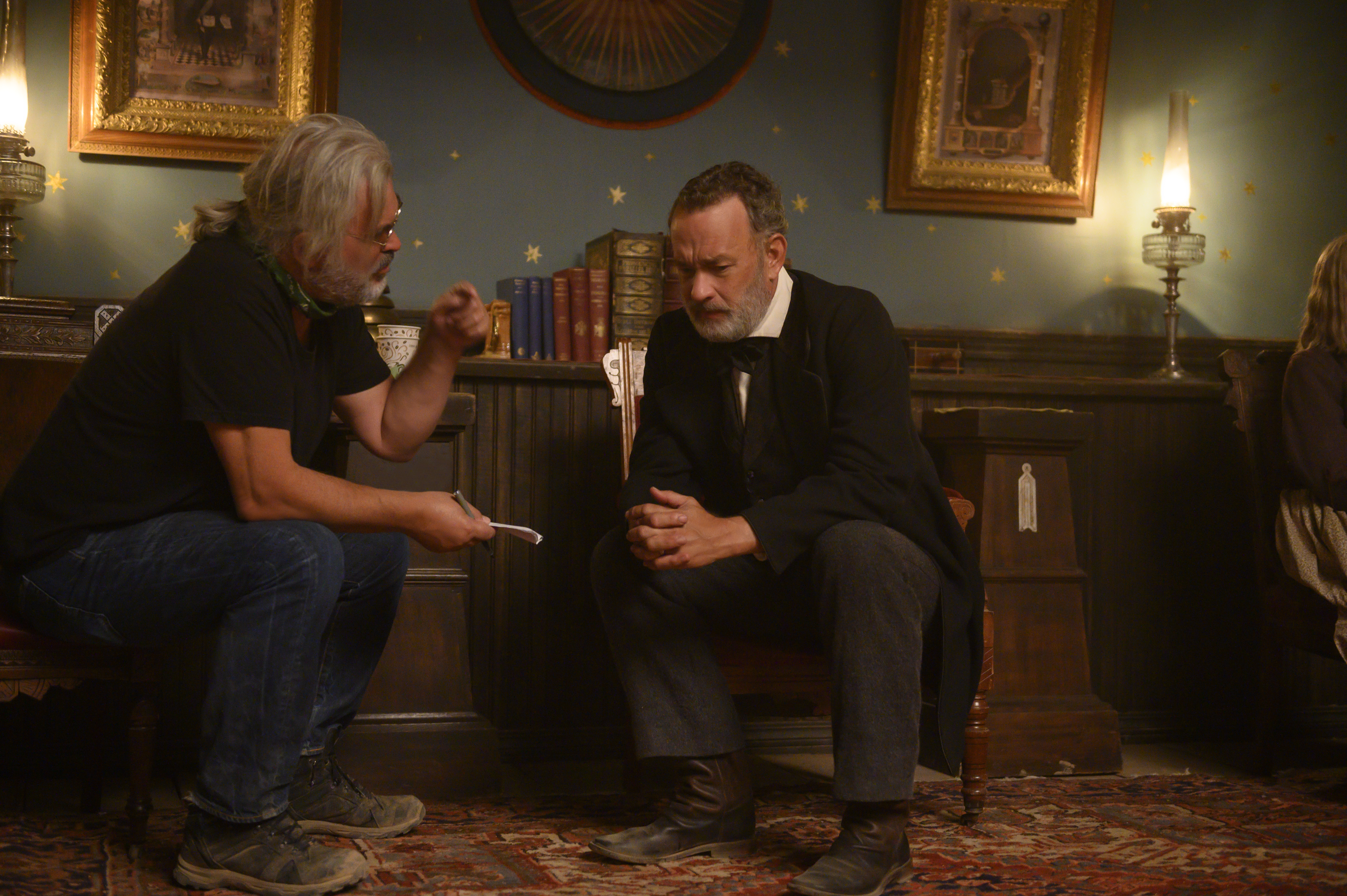 While it will be harder for Warners to make bank on Wonder Woman 1984, it could be slightly easier for Universal on News of the World. The pic cost a net $38M. Uni has already sold foreign to Netflix, as we first reported, and the Paul Greengrass-directed feature is on a short theatrical window of 17 days, eyeing a PVOD release next month. Any Oscar buzz will only do good for the pic’s road ahead. News of the World made $1M on Friday, fell 23% on Saturday with $780K and is eyeing a $610K Sunday. Critics are 84% certified fresh. Movie was split 50/50 male-female with 70% of the crowd older than 35, 29% over 55. Caucasians showed up at 77%, Hispanics at 12%, African Americans at 5%, Asian/other at 5%. New of the World‘s best markets were the Midwest and Southwest. Top markets were Dallas, Houston, Atlanta, Phoenix, Tampa Orlando, St. Louis, Indianapolis, Nashville, and Kansas City.

RelishMix says that News Of The World‘s social media campaign was propped by Universal Pictures social channels totaling a 42.4M social media universe with 30.5M fans from Facebook and other channels in the 4M range. Materials are being very carefully dropped on YouTube with the trailer at 9.5M views and the interview BTS with Tom Hanks at 2M views. “But when a studio slowly drops materials, we see either cautiousness of a final cut that is struggling — or a sense of confidence that the word-of-mouth impact for the wide release will drive a very strong response,” reads RelishMix. Hanks has kept a low profile on promoting his movies to his 38.5M fans across FB, Twitter and Instagram this year.

Focus Features’ Promising Young Woman remained strong with critics following its Sundance premiere back in January and currently carries a 91% certified fresh. Carey Mulligan is an obvious Best Actress contender heading into Oscar season and the pic arrives here in the wake of her LA Film Critics Best Actress win and also filmmaker Emerald Fennell’s Best Screenplay win. Promising Young Woman made $260K on Friday and Saturday and is expected to gross $160K today. The pic’s marketing over the past few weeks has included tv/cable advertising in over 25 markets and a digital campaign push aimed at younger demos. Those who bought tickets were 63% female, with 74% over 25 and 36% over 35 years old. The single largest quadrant was 25–34 year olds at 38%. Focus Features reports that they conducted exit polls yesterday in Washington D.C., Paramus NJ, and Dallas TX with the pic scoring an 89% in the top two boxes – 51% excellent and 38% very good score (19 points above norm).  Another PostTrak report shows a lower positive of 73% in the top two boxes with a 43% recommend. It is a dark movie, and Mulligan plays against her good girl character she normally portrays in the thriller. Diversity mix was 59% Caucasian, 17% African American, 17% Hispanic, 7% Asian/Other. Promising Young Woman played best on the Coasts along in the South. The best markets were Dallas (6.8% of domestic B.O.), Phoenix (5.4%), New York (5.3%), Houston (4.6%), Austin (3%), Atlanta (3%), Orlando (3%), Miami (2.7%), D.C. (2.6%), and Tampa (2.5%).

Mulligan is not activated on social media, but a positive word of mouth prevails per RelishMix ever since the pic’s debut at Sundance. That buzz since January “extends over a year from the first trailer drop however the social rollout is platforming out with two trailers on YouTube (7.3M views). Plus, there’s a stack of 15 sound track videos from Maya B, Carmen DeLeon, Charli XCX, Paris Hilton and many more. On Facebook, 17 videos have clocked over 12M views with several strong boosts as fans discuss where the film will stream first,” says RelishMix.

We’re building out the top 10 chart