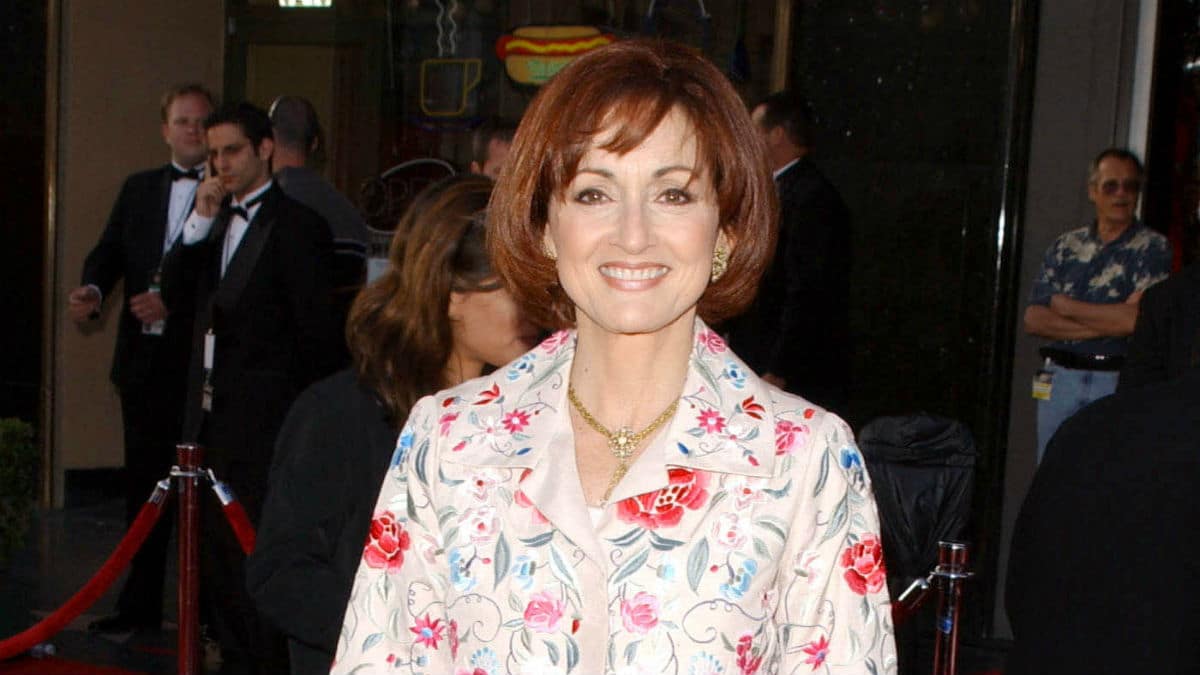 Today Days of our Lives fans got their first glimpse of Vivian Alamain after a long absence, but they were left wondering who the actress now playing the character is.

At this time Strasser’s run is believed to be temporary, with the character back for a brief storyline arc involving fellow back from the dead character William Utay as Dr. Rolf. Dr. Rolf saved Vivian from certain death.

Her run will include reuniting with her son, Stefan (Brandon Barash, who received a stunning call from his presumed-dead mother.

When she informed him that she was on the other end of the call, he looked flabbergasted. After all, he had just nearly murdered poor Kate (Lauren Koslow) with the gun she was believed to have used to kill Vivian. What a whoopsie that would have been!

There’s good news to pass along for OLTL fans who watched Strasser play Dorian back in the day. Strasser has confirmed that she and Kassie DePaiva (Eve) will appear opposite each other on DOOL. On OLTL, DePaiva played Dorian’s niece Blair, and these two chewed up tons of scenery together.

While Strasser is set to appear in around 12 episodes, there are no details yet as to what will happen between Vivian and Eve.

There is also no forewarning as to how Stefan will react when he finally meets back up with his mother. He will no doubt be happy that he didn’t wrongfully avenge her murder, but will he be thrilled to see her in the flesh? Will she try to do him dirty where the business is concerned?

Be sure to tune in and find out!