GRAHAM Norton is back on our screens tonight in episode four of his 26th series with a gaggle of celebs joining him on his famous sofa.

But who can we expect to be joining the funnyman? Find out here… 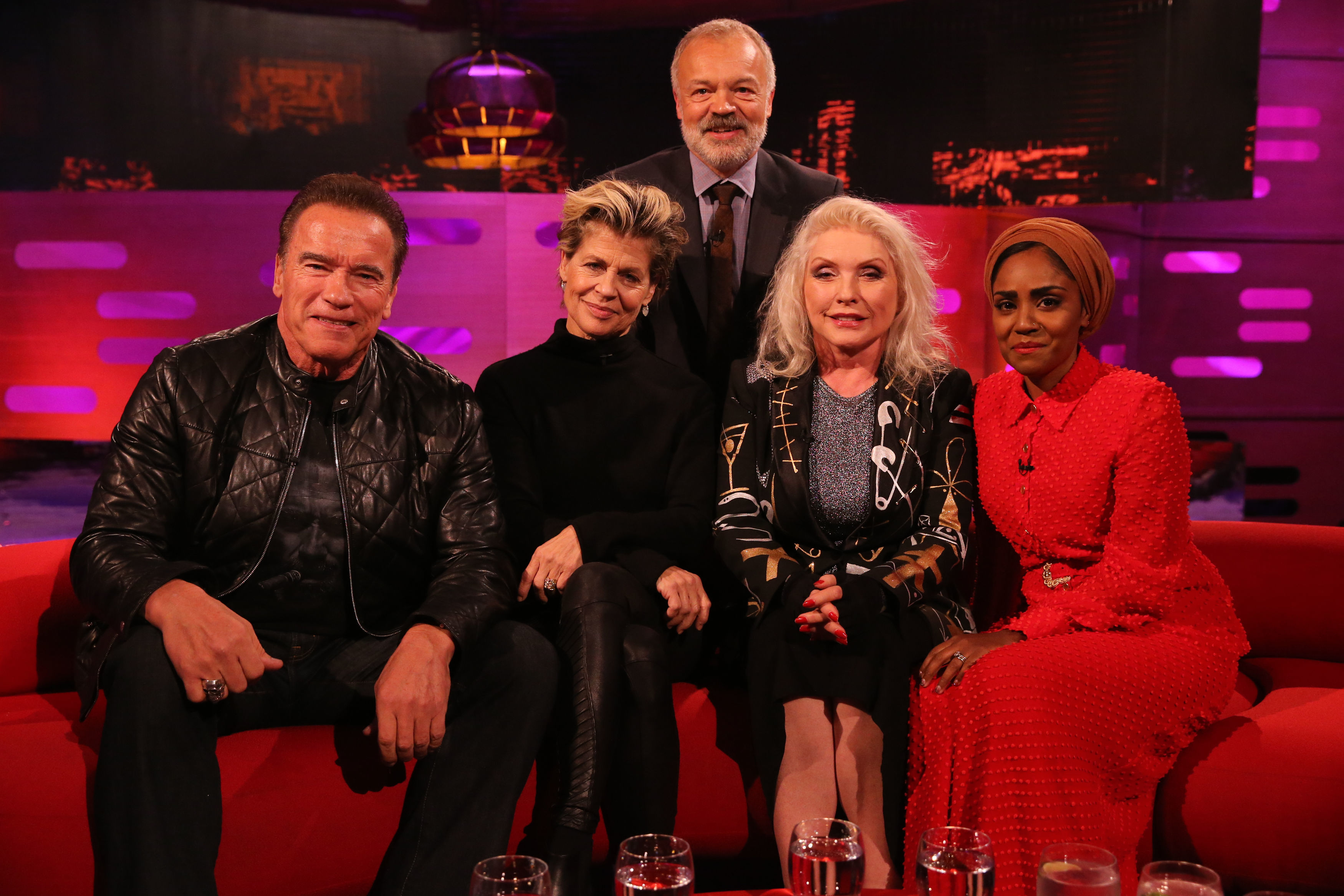 Who is on The Graham Norton Show tonight?

Tonight is set to be a corker as Graham is joined by the original cast of the iconic Terminator movies.

Plus music legend Debbie Harry opens up to the host about her rock 'n' roll lifestyle.

Here's a list of who'll be joining Graham on that famous sofa in the fourth of nineteen episodes of the current series:

Arnie opens up about how he would have liked to run for President of The United States, telling host Graham:

"Of course. It would have been great to jump in and run. It’s the only thing I can’t do in America.  Everything else I’ve done is because it is in America, it’s the land of opportunity.” 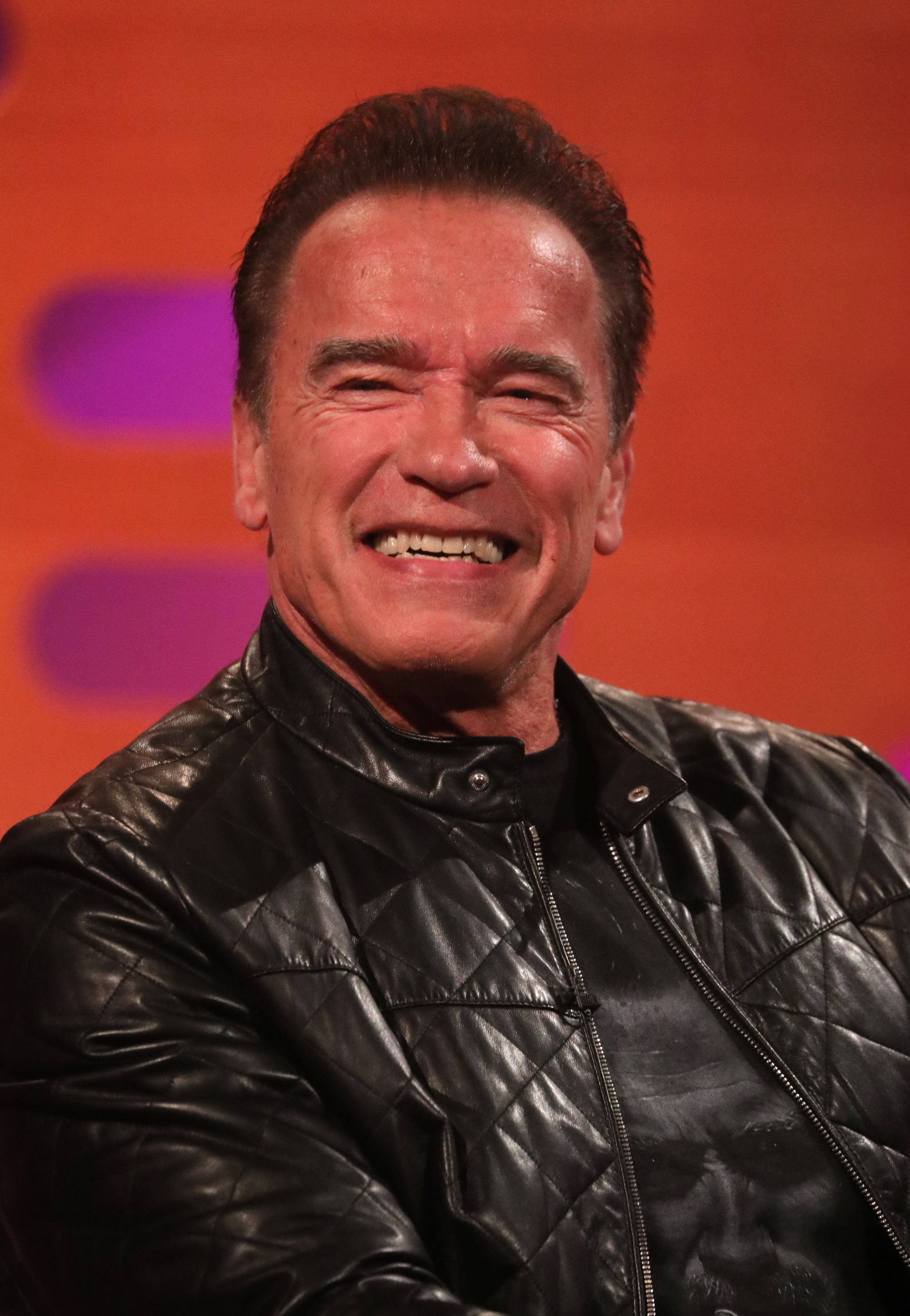 The actress reveals she only answered her ex husband James Cameron's THIRD call asking her to reprise her famous role of Sarah Connor.

She spills: "We don’t talk at all. He rang three times and it was only on the third call when he mentioned it was about work that I rang him back!  It took me a little while to decide if I had something more to do with her character.” 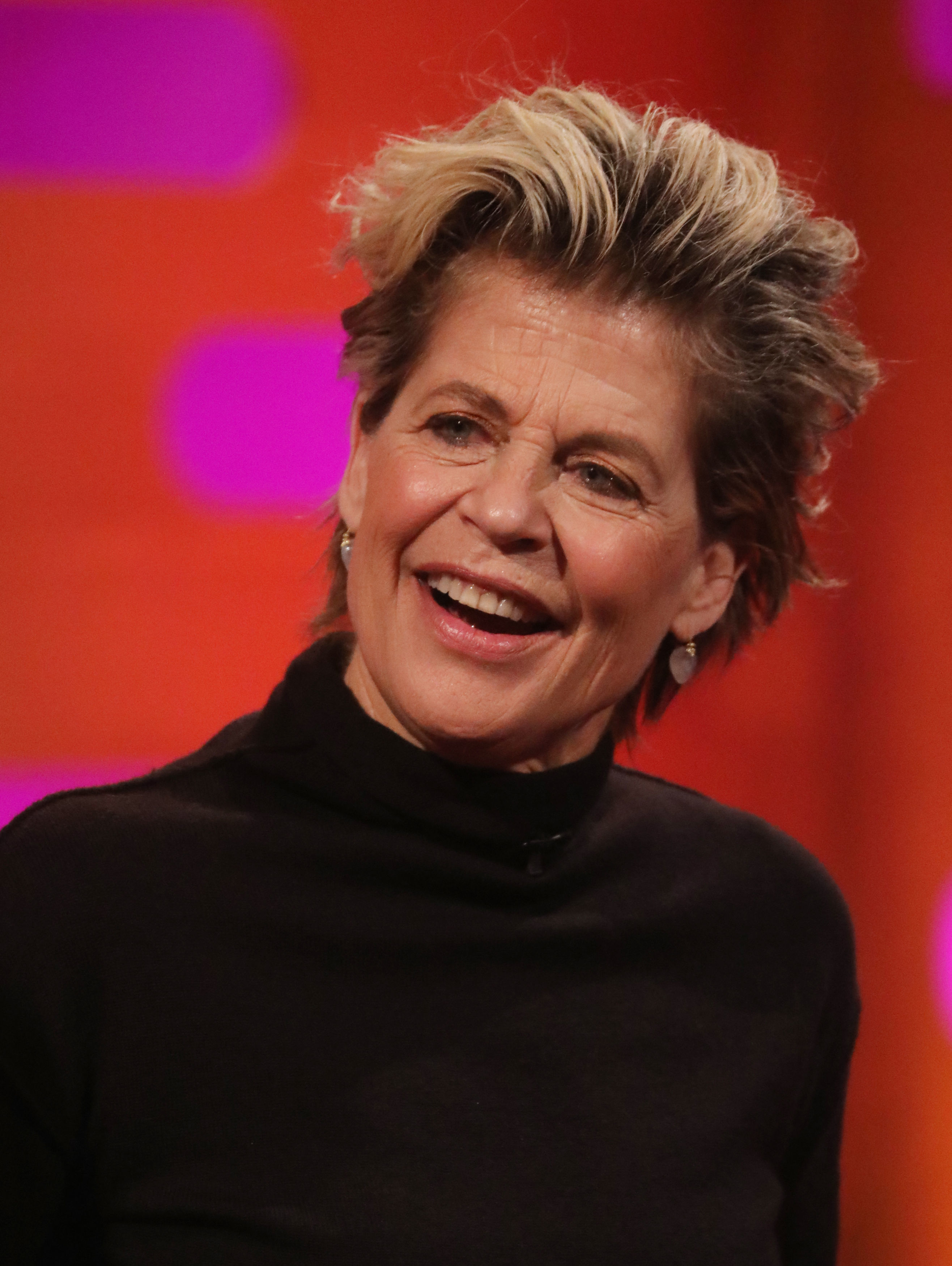 The Blondie icon talks about her autobiography Face It, revealing:

“Many bits (of my life) are a blur but after writing it so much has come back to me. It’s been good for me.” 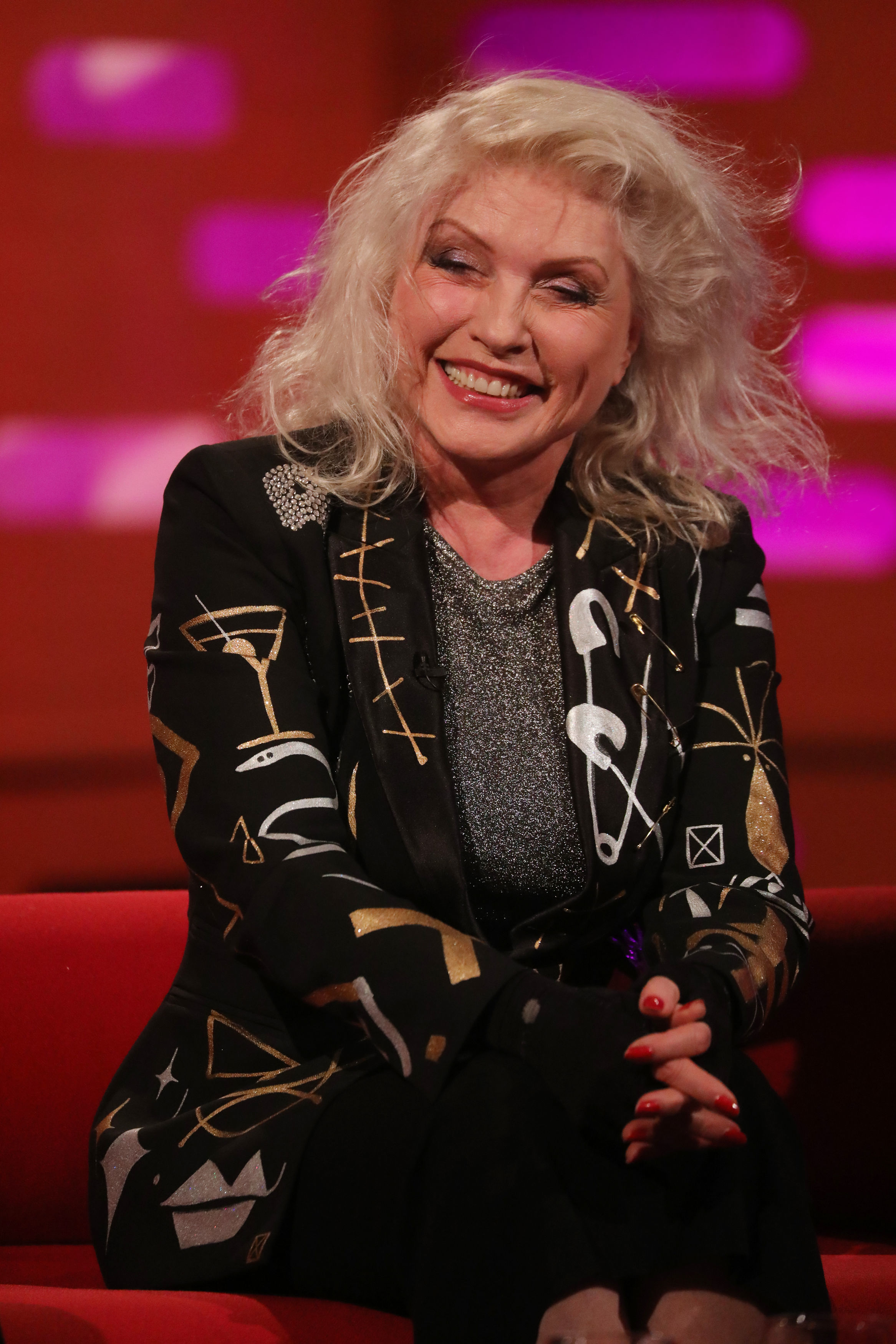 The GBBO winner is on the show to talk about her memoir Finding My Voice and the importance of her faith to her identity.

Nadiya told Graham: "If you’d asked me four years ago I would have said that I just wanted to cook and write and being Muslim was incidental, but now I see how important the role is that I have." 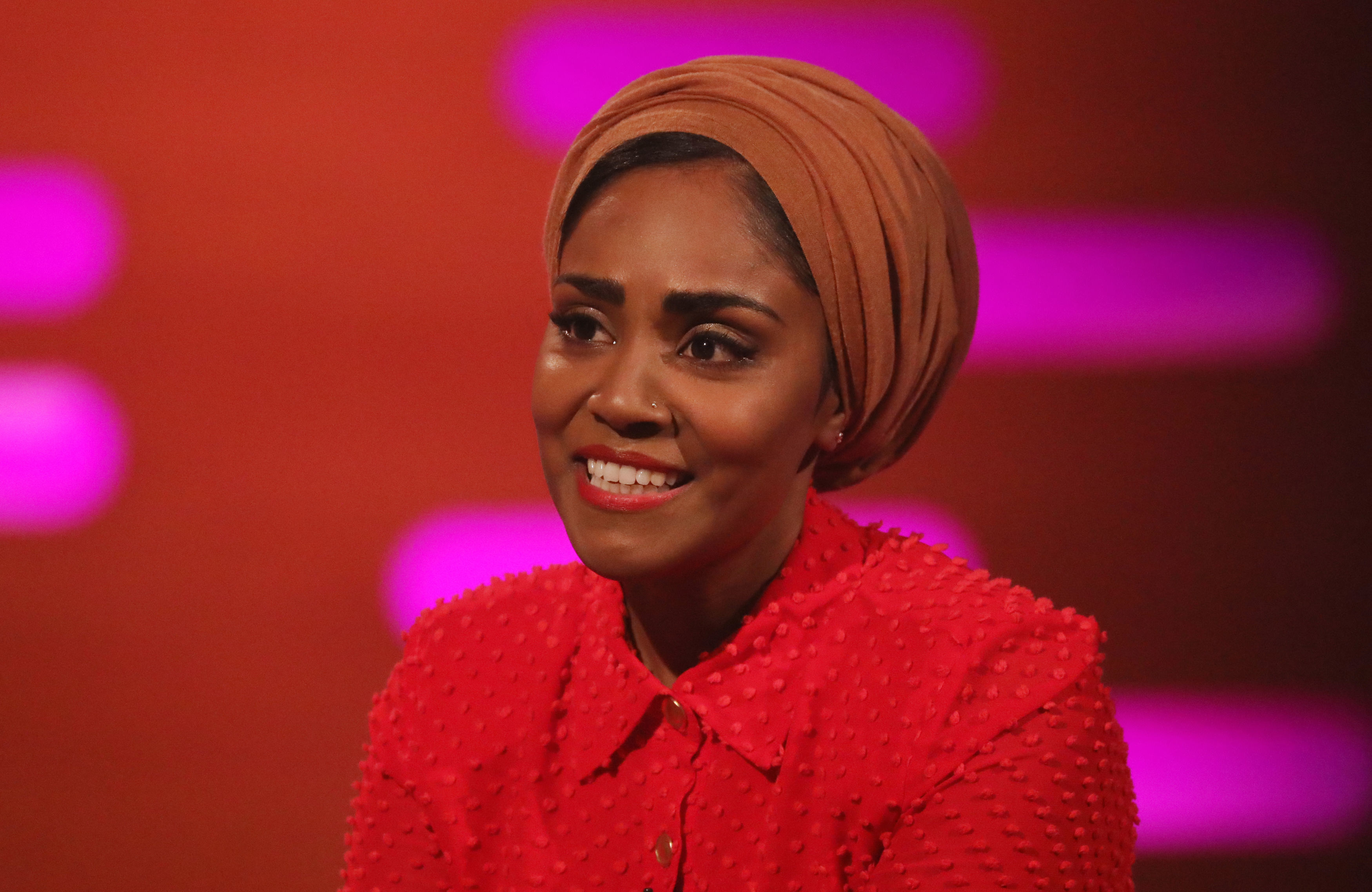 The Sugababes and DJ Spoony perform their highly-anticipated new track Flowers with the Ignition Orchestra live before joining the stars on the sofa for a chinwag. 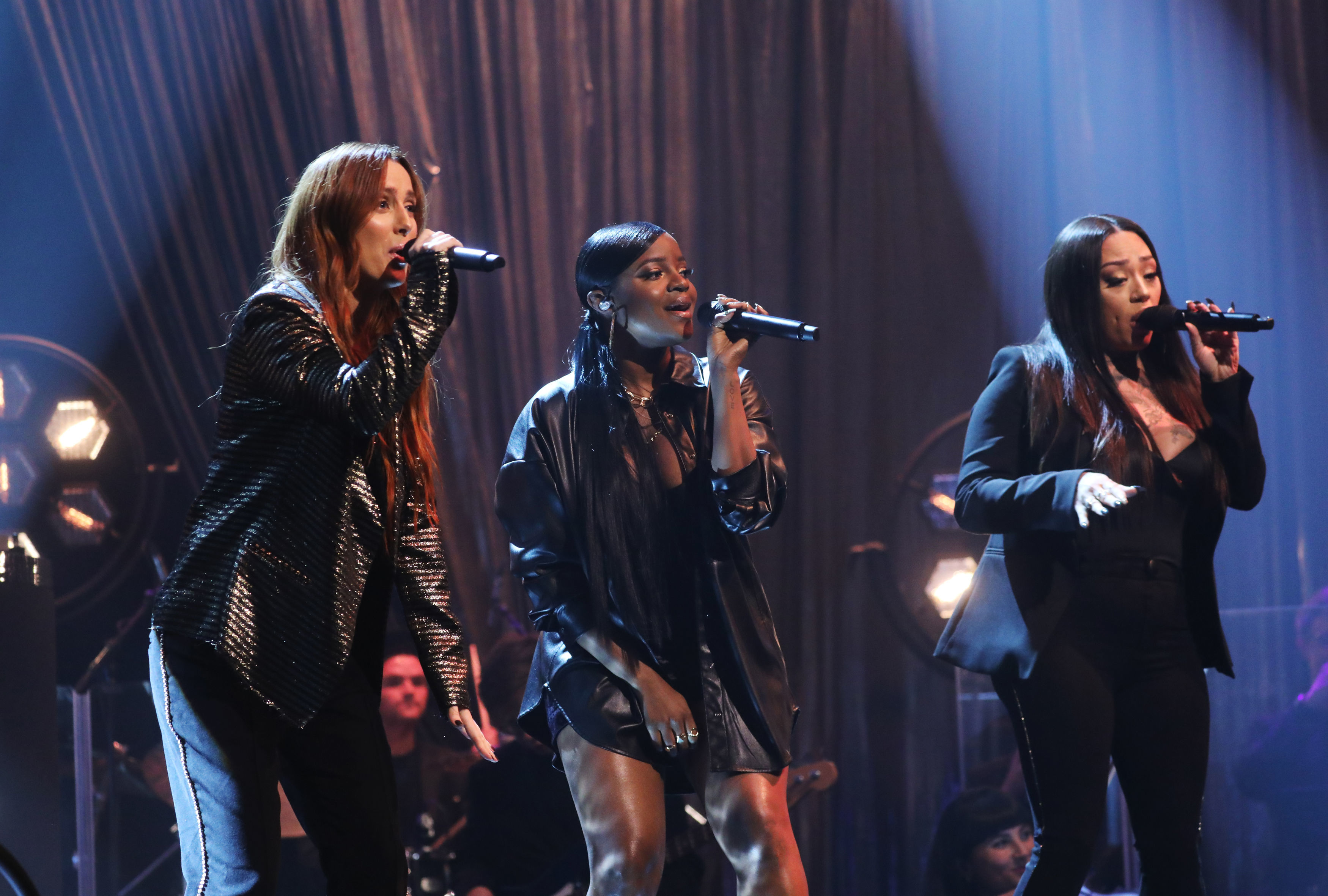 When is The Graham Norton Show on TV and what channel?

Filmed in front of a live studio audience, the show sees each of the guests sat on the famous red sofa at the same time making for a relaxed interview with Graham.

An acclaimed musical act is always on hand to perform their new single before joining the sofa themselves and tonight it's The Sugababes.

The show will then be made available online after air time that evening on the free streaming site, BBC iPlayer.

How can I apply to be in The Graham Norton Show audience?

Applications to be on the programme are dealt with through SRO audiences and the form can be found here.

Tickets are limited so you'll have to act fast and you are only allowed four tickets maximum.

Booking always opens a few weeks before the show kicks off and going on the show is free.

Once you register interview, you will have to pick a date and make a formal application.

You must be 18 years or over to appear in the show's studio audience.

To be in the show's red chair and tell your hilarious story to celebrities, you can email [email protected]