KELLY Ripa is a daytime talk show host who is worth $120million.

She co-hosts Live! with Kelly and Ryan and has been a part of the show since 2001. 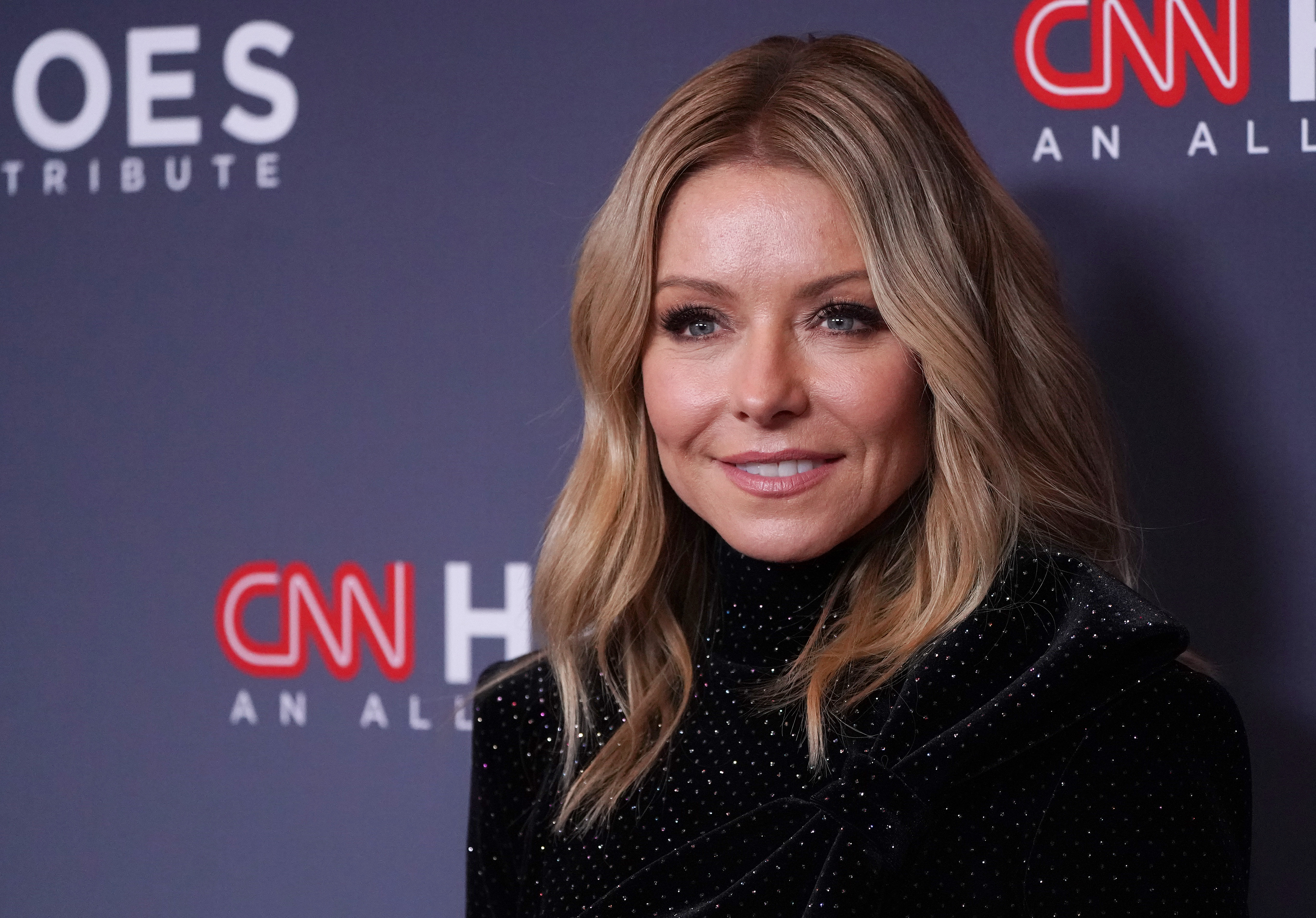 She is mother to three children with actor husband Mark Consuelos.

Who is Kelly Ripa?

Kelly Ripa is a daytime talkshow host and actress.

She is the daughter of Joseph Ripa, a Democratic County Clerk for Camden County.

The New Jersey native co-hosted Live! with Regis and Kelly with Regis Philbin between 2001-2011 before the broadcast icon passed away at the age of 88 earlier this year. 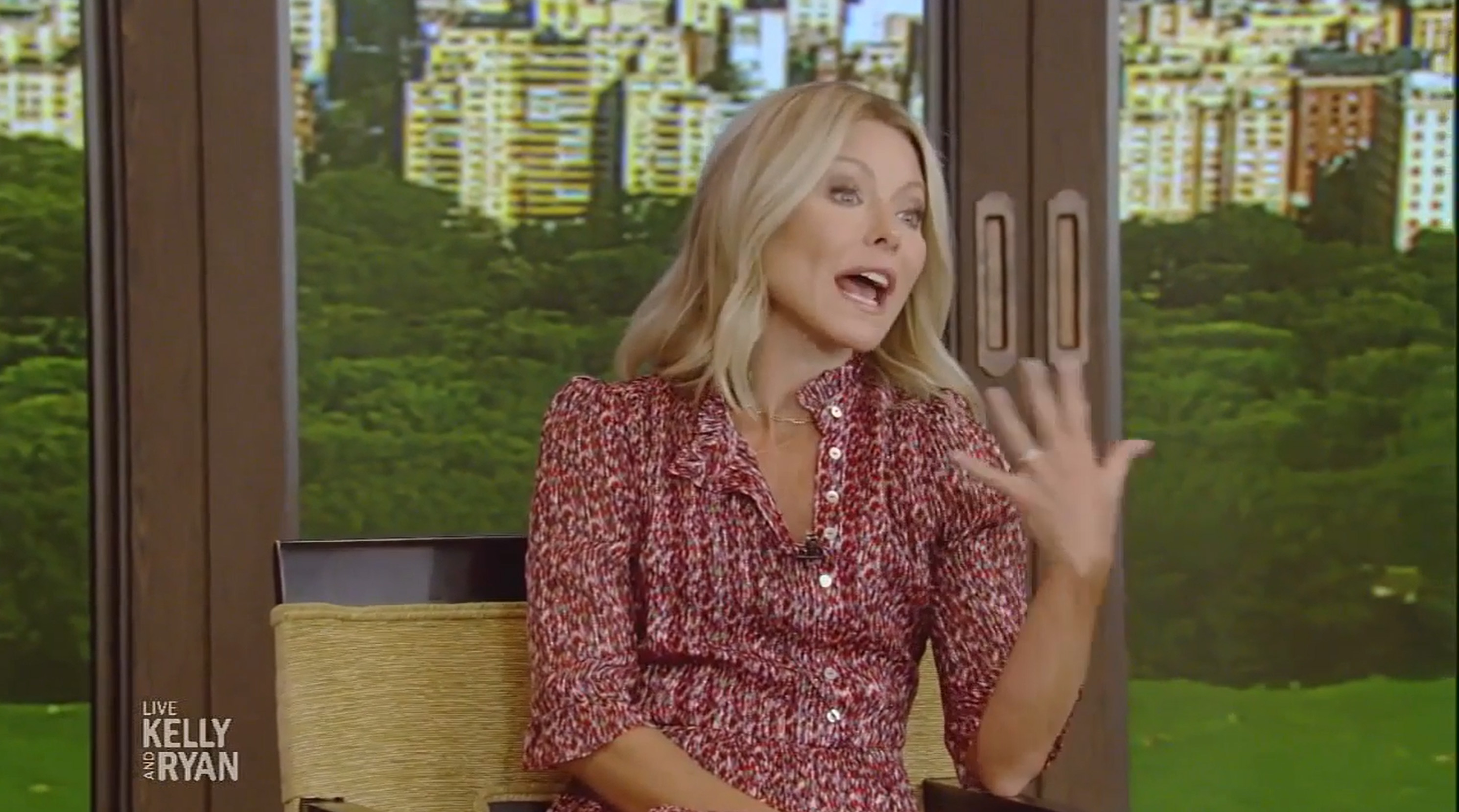 Since Regis' departure from Live!, Kelly has co-hosted the show with Michael Strahan and Ryan Seacrest.

“As people get older, you always know that certain things are inevitable, and passing away is one of those things, but Regis is one of the people that we all believed would somehow figure out a way around the inevitable. It was not in the cards, I suppose,” Kelly said on Live! with Kelly and Ryan.

Following the news of Regis' passing, Kelly and Ryan posted on Instagram: “We are beyond saddened to learn about the loss of Regis Philbin. 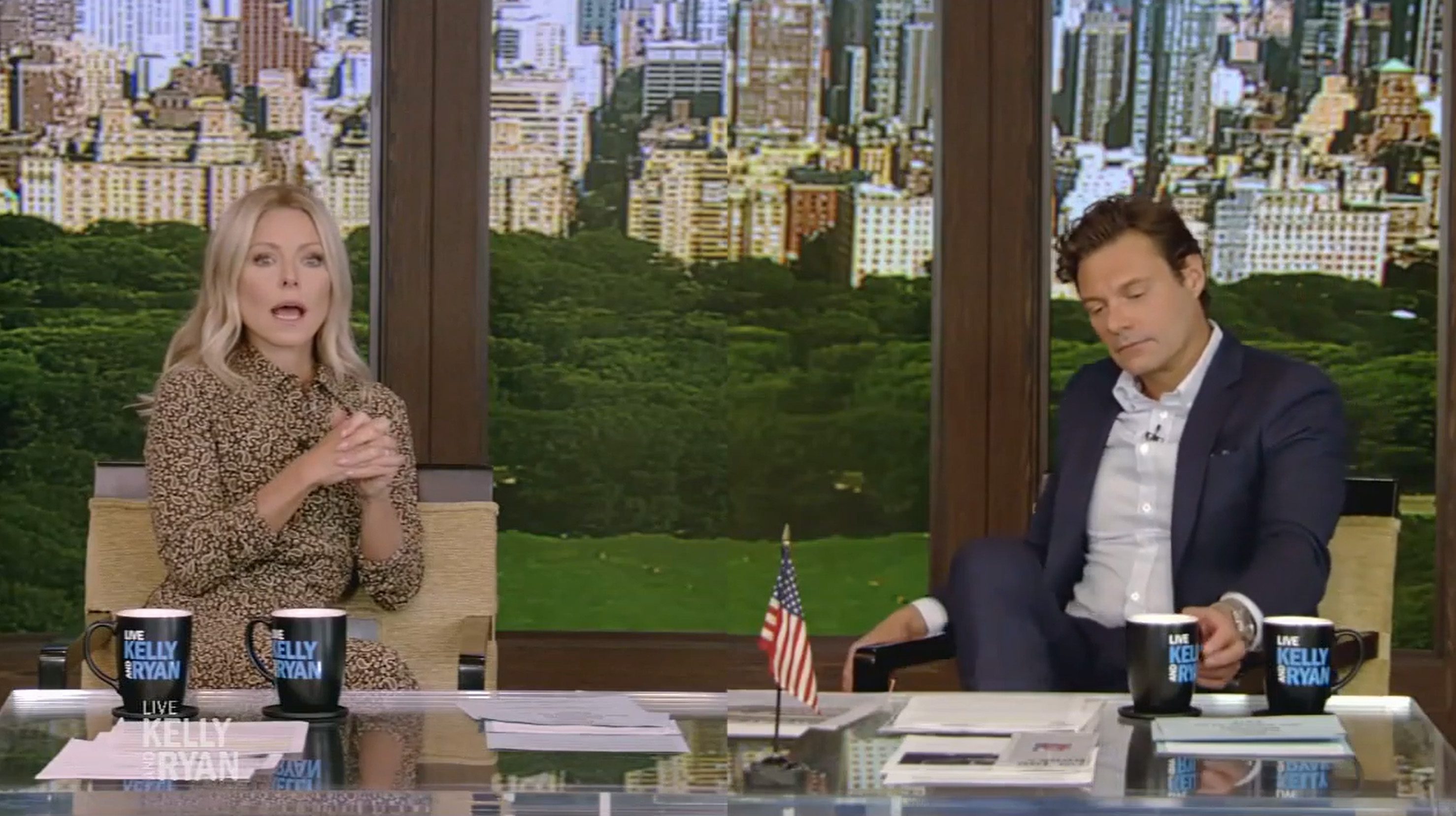 "He was the ultimate class act, bringing his laughter and joy into our homes every day on Live for more than 23 years.

"We were beyond lucky to have him as a mentor in our careers and aspire every day to fill his shoes on the show.

"We send our deepest love and condolences to his family and hope they can find some comfort in knowing he left the world a better place.”

What is her net worth?

The Live with Kelly and Ryan star is currently worth an estimated $120 million, while husband Mark is worth $40 million, according to Celebrity Net Worth. 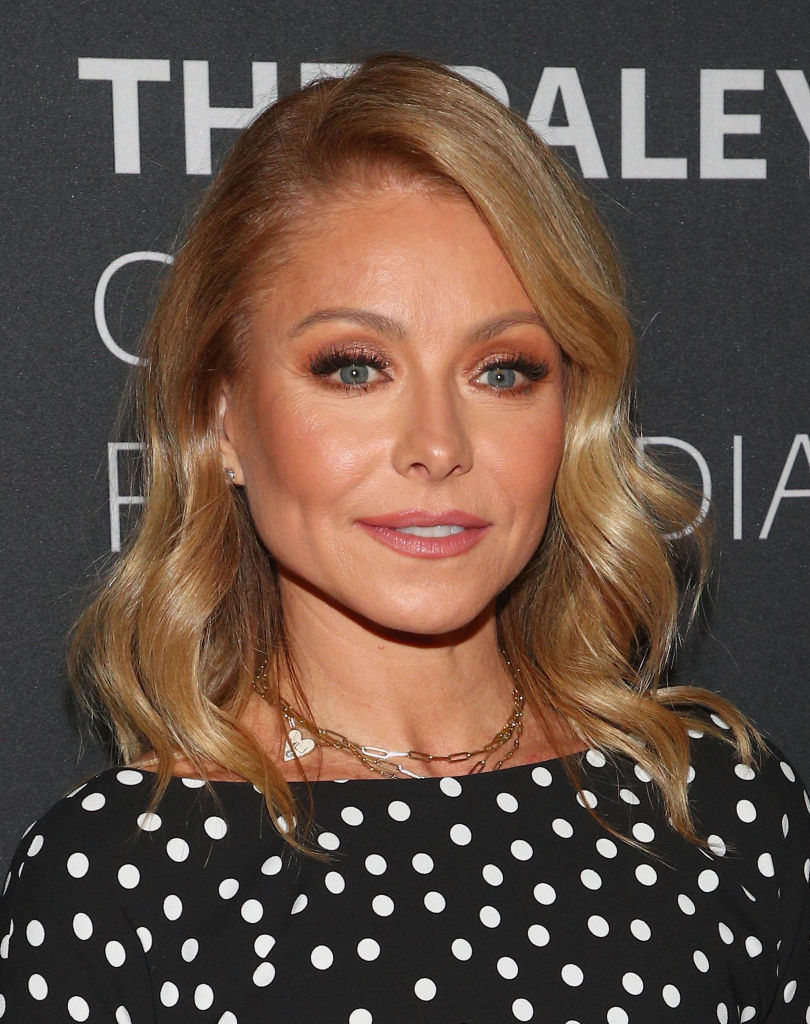 Combined, their household net worth amounts to an eye-watering $160million.

Who is she married to?

Kelly is married to actor Mark Consuelos whom she met after the two began working together on the set of All My Children.

The two eloped to Las Vegas and have been married since 1996.

On SiriusXM’s Quarantined with Bruce, Kelly reflected on how the pair's marriage has worked for so long. 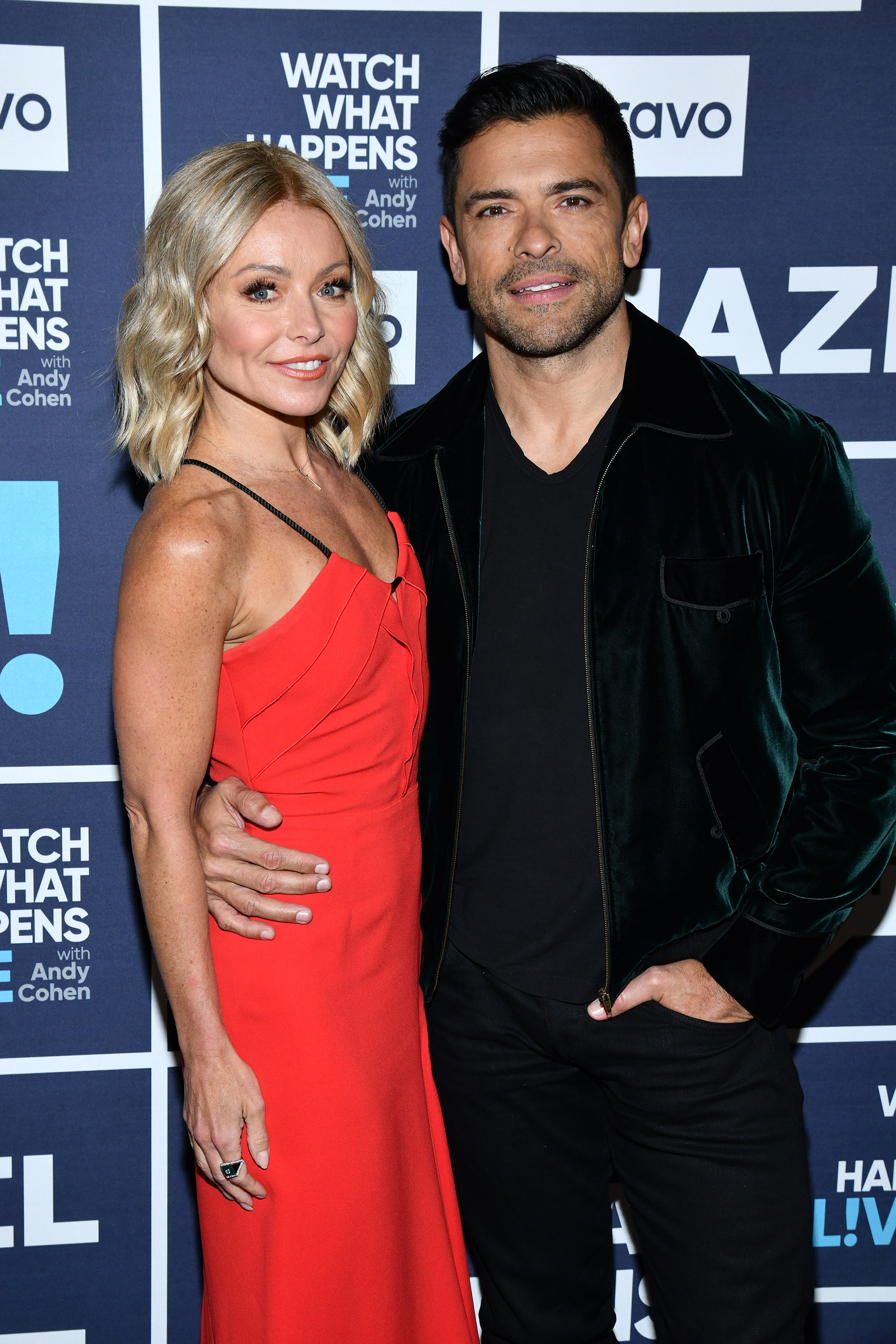 “I think we found each other at the right time in our lives,” she said.

“We were really young, not that that’s the right time in somebody’s life, but we were really like, pliable, right? Like we were pliable to each other. We learned each other well and so with that comes a certain level of comfort and confidence and experimentation and fun, like we have fun.”

How many kids does she have?

Lola, an NYU student, recently called her mom's "belfie" posts "ridiculous," while she also said that she ignores her father's "thirst trap photos" in an interview with PEOPLE.

Kelly replied: "I thought you were going to say I shouldn't post thirst trap pictures of your dad." 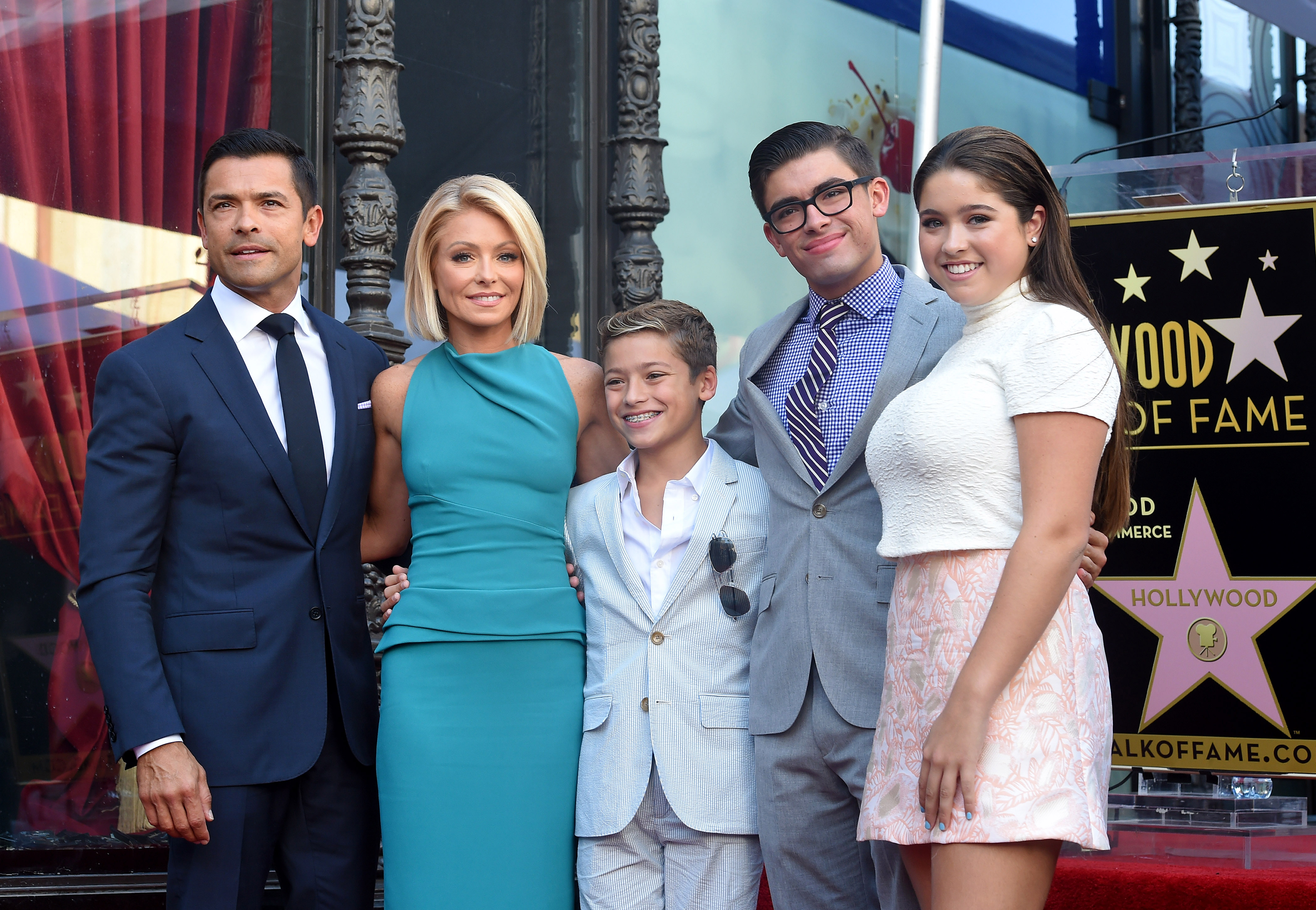 "I block that out of my mind. I forgot that you even did that. I don't even know if I follow you on Instagram still! I'm kidding, I would never."

One of the posts that Lola was referring to was a shot Kelly posted of her husband showing off his abs as he floated in the pool.

The caption included a water emoji and the hashtag #daddy.

As for Lola's 49-year-old dad, Kelly often shares steamy photos of him shirtless.