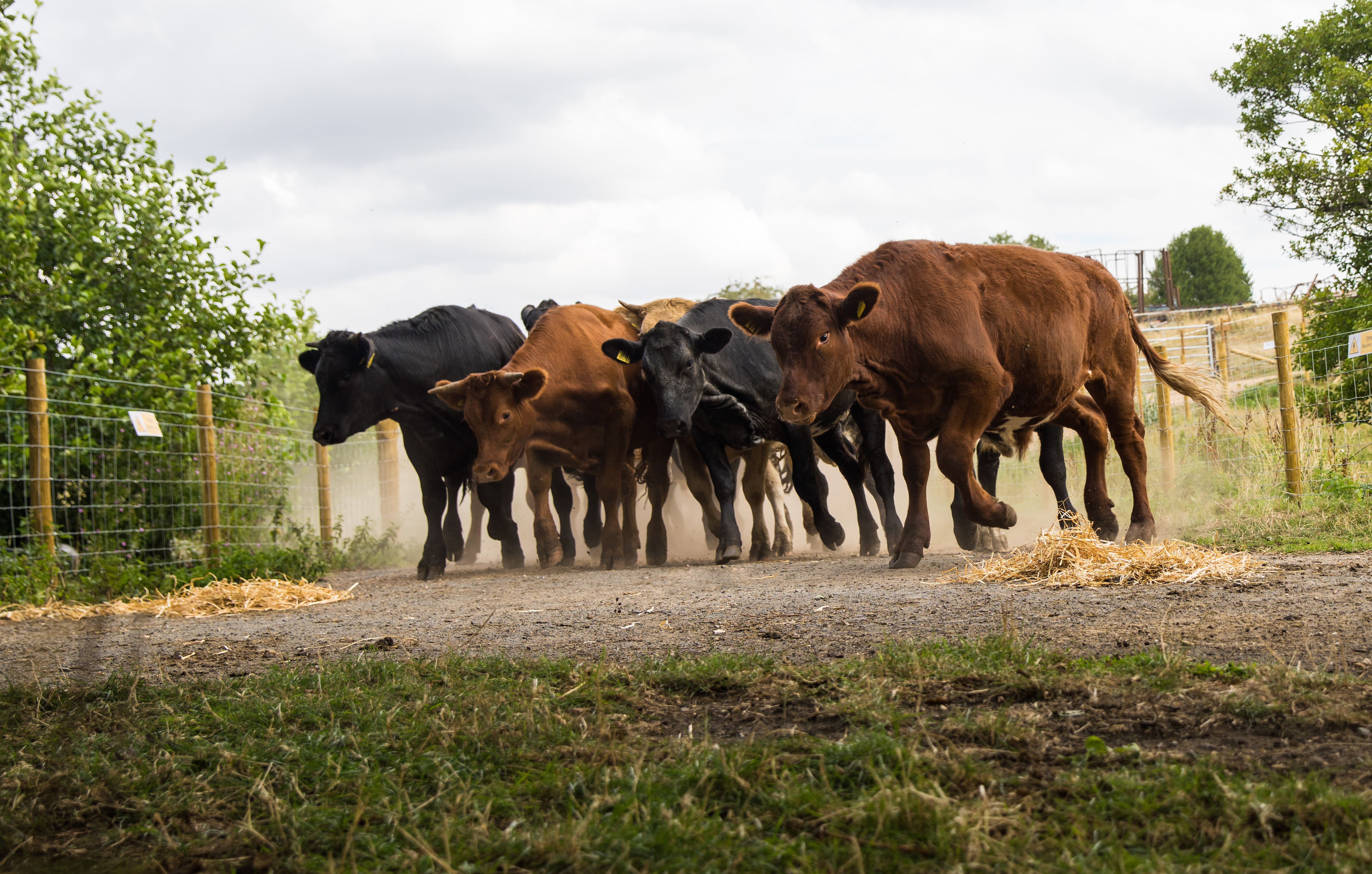 As the storm continues to wreak havoc in Emmerdale and the surrounding area, the latest people we’re worried about are Vinny (Bradley Johnson) and Liv (Isobel Steele), who look like they’ve been squashed by a rogue caravan.

Meanwhile Chas (Lucy Pargeter) is in hospital, various people are missing in the woods, Amelia (Daisy Campbell) is in labour, Sam (James Hooton) has been impaled on a piece of farm machinery and of course poor Harriet (Katherine Dow Blyton) is dead.

Human tragedy and peril on a grand scale, then. But it’s the bovine population of the area that people are getting worried about. What has happened to the cows?

When Moira (Natalie J. Robb)’s barn collapsed in the fierce winds, the cows who were happily sheltering inside took fright and stampeded down the lane.

Nate (Jurell Carter) and Sam were faced by the mooing menace of hundreds of hooves (since each cow has four of them there were easily hundreds) stampeding towards them. Nate got a little bit trampled but was basically okay, while Sam chose to take evasive action by jumping over a haystack, only to meet a very nasty upturned spike rather than a soft landing on the other side.

As the dust settled, Belle (Eden Taylor-Draper) and Nate set out to look for Sam, discovering him slumped over with a big lump of metal stuck right through him.

But again we must ask – what happened to the cows? There was not a trace of mooing in the distance and no sign of the beefy band of escapees. Have they headed to Hotten to sample life in the big city?

Twitter is aflutter with appreciation and concern for the bovine bunch.

And now the cows are being blamed for past incidents, too.

Wherever the cows are currently, one thing is absolutely certain – no cow was harmed during the scenes.