A clip of the British comedian making comments about the South Korean boy band on The Late Late Show With James Corden has been taken down from the show's twitter page. 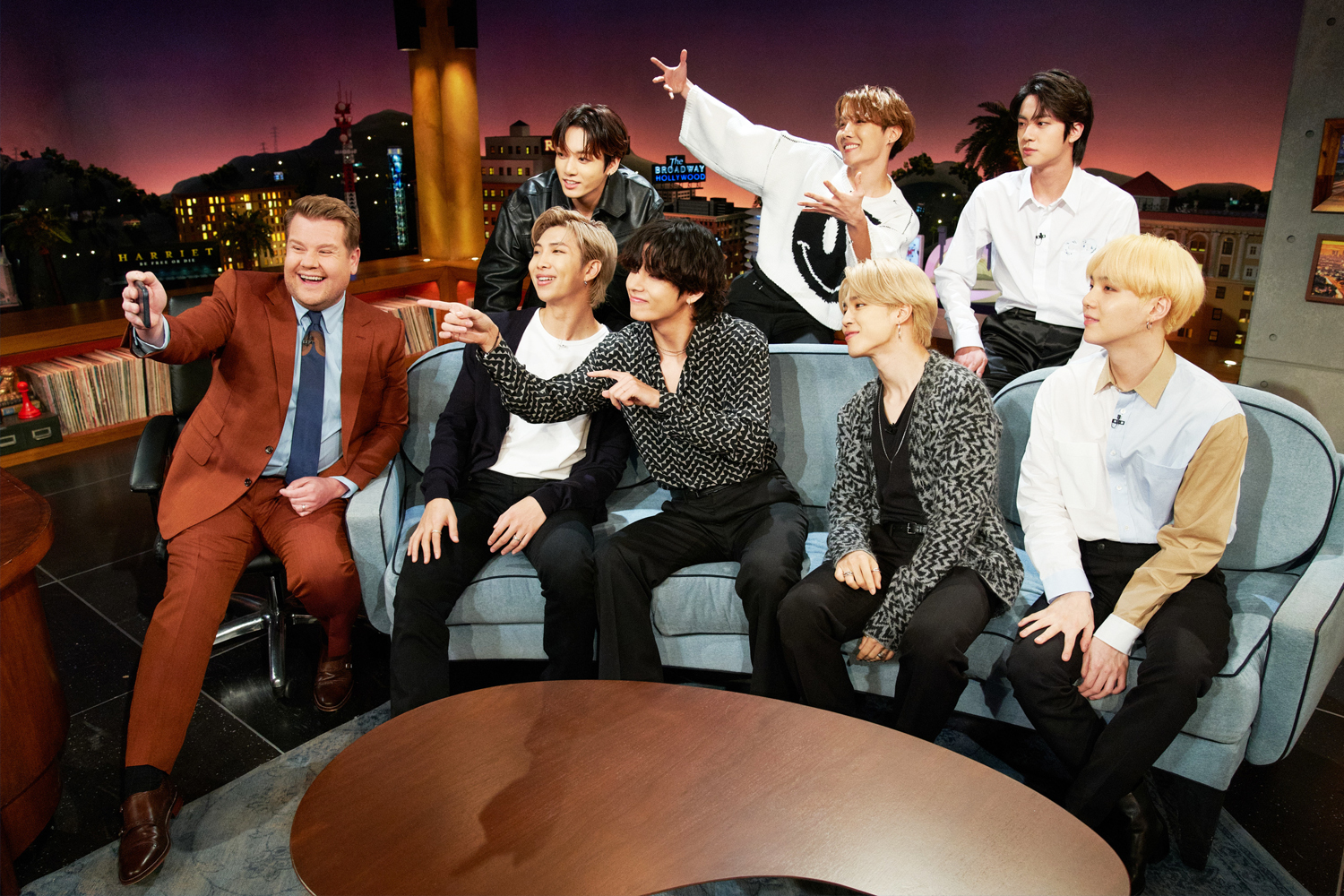 Why is he facing backlash?

BTS is a globally popular K-pop group with one of the most powerful and active fandom in the world known as ARMY.

BTS's influence is massive as they are worth more than $3.6 billion to the South Korean economy, according to a study by Hyundai Research Institute.

James Gordon's comments about BTS have offended the ARMY fanbase.

“The United Nations General Assembly kicked off this morning in New York City, and it started with some pretty unusual visitors – BTS were there,” James Corden said on the September 20 episode of The Late Late Show.

“Historic moment. It actually marks the first time that 15-year-old girls everywhere found themselves wishing that they were Secretary General António Guterres.”

How is ARMY reacting?

This is the third time that BTS has spoken and taken part with the United Nation. Calling the k-pop band's appearance at the UNGA "unusual" has fans questioning his meaning.

One tweet reads, "was never a fan of James Corden, he's a lowkey racist who often ridicules asians and 5 years ago, he was accused of making fun out of asian cuisines on a segment "spill your guts".

Another tweet reads, "Also I want to add in here that there's NOTHING shameful abt being a 15 yr old girl. The fact ppl like James Corden treat young women like a joke is something that MUST change. The dismissal of female dominated fanbases and interests MUST change. We are valid and deserve respect!

James Corden has invited BTS to his show multiple times since 2017. BTS has appeared on the show for so long that ARMY calls James Corden "Papa Mochi" because of his close relationship with Jimin (who is nicknamed Mochi).

James Corden and ARMY's relationship is under fire as they question whether Corden's motives with BTS is genuine.

The James Corden’s Late Late Show audience ratings have plummeted to under 2 stars as BTS fans flood the ratings and reviews.