Are Kim and Barry Plath loosening up? The couple, who appear with their children on the TLC series Welcome to Plathville, are known for their ultra-strict rules, including a social media ban for their younger kids. But Lydia Plath and Isaac Plath recently joined Instagram, suggesting their parents have decided to be a bit more flexible than they were in the past.

Both Lydia, 17, and Isaac, 15, joined Instagram in early December 2021. Lydia has been using her account to promote her music.

“Just in the past few months God has given me a few songs and now I have the opportunity to share them with others,” she captioned her first post. “I love music and can’t wait to share it with you all!”

Lydia has also posted several photos and videos of herself with her Plath family siblings.

Meanwhile, Isaac Plath identified himself as a “pilot in training” in his Instagram bio and has mostly shared photos from his flights.

Isaac got some help setting up his social media from his big sister, Moriah Plath.

“​​I helped him set up Instagram last night so y’all watch out! This will either be the best or worst thing that happened to Instagram,” she wrote on Instagram. 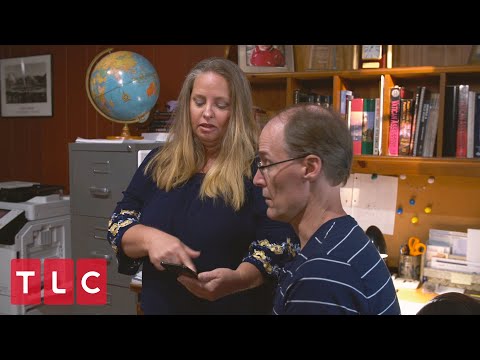 Isaac and Lydia’s foray into social media might come as a surprise to some Welcome to Plathville fans, given the way Kim and Barry monitor their children’s communications.

Last season, the conservative couple was concerned when Lydia began texting a boy she had a crush on without their permission. Kim discovered the secret messages after she snooped on her daughter’s phone.

At the time, Lydia took responsibility for breaking her parents’ rules.

“I’ve broken their trust,” she said. “I’m probably disappointed more with myself than they are.”

Many viewers worried that Kim and Barry were making their daughter feel guilty for innocent teenage behavior.

In Welcome to Plathville Season 1, Kim and Barry talked about their decision to choose a sheltered life for their kids.

“I’ve grown up without a TV,” Kim and Barry’s second-oldest son Micah Plath said in the 2019 episode. He’s since left his childhood home and moved to Los Angeles to pursue a career as a model.

“Our children may not know who Justin Bieber is, but we’re OK with that,” Kim added. “It’s not important to us in the long run.