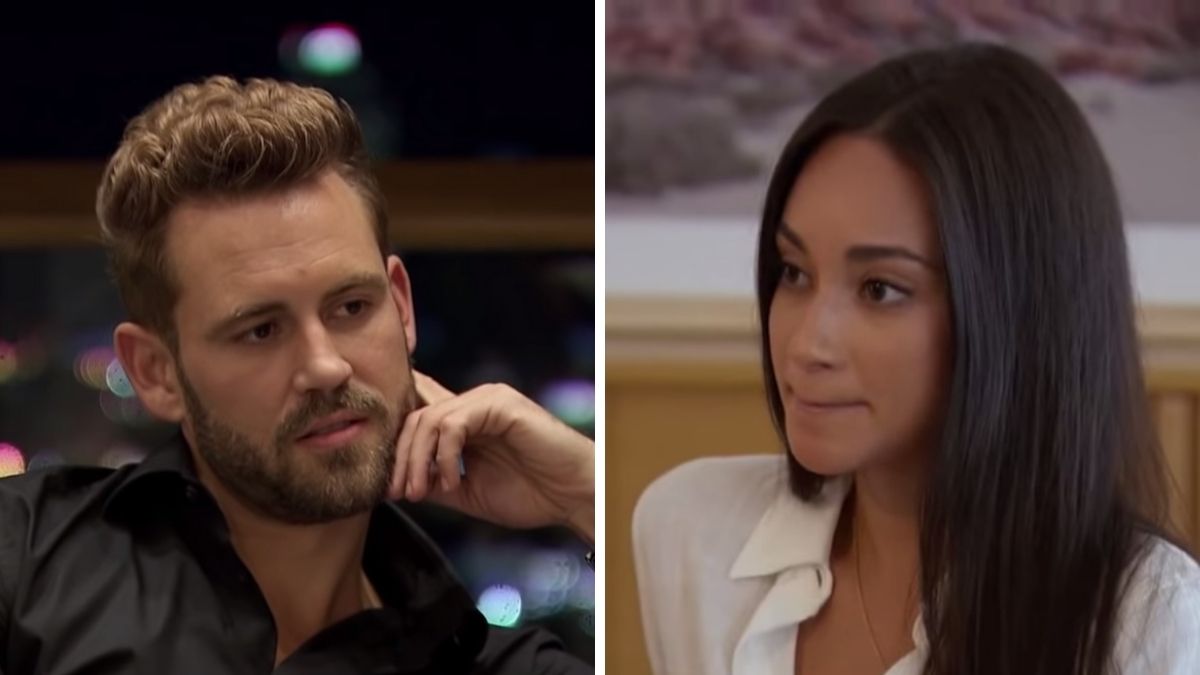 Victoria Fuller and Nick Viall have never been connected in the Bachelor franchise.

While Victoria was introduced to the Bachelor world on Peter Weber’s season of The Bachelor, Nick has been trying to find love a couple of times.

He has had his season of The Bachelor, appeared on The Bachelorette twice, and went on Bachelor In Paradise.

And yet — he just confirmed this week that he is still single.

Victoria and Nick were spotted together in Los Angeles, but there is a reason for it.

Victoria Fuller and Nick Viall were spotted together in Los Angeles

Before fans get too excited — no, they are not dating.

Victoria and Nick were spotted having lunch in Los Angeles because she’s reportedly planning to appear on his podcast. The two have something in common — fans labeled them both villains of their respective seasons.

After appearing on The Bachelor, Victoria has kept a low profile. She hasn’t done interviews like Hannah Ann and Madison Prewett, and she decided to pursue a relationship in secret.

Throughout the shutdown, Chris and Victoria had been hanging out in secret. It would take her weeks to confirm that they were indeed dating.

Victoria Fuller could talk about her relationship with Chris Soules

Victoria confirmed she and Chris are indeed dating. She also said that they were extremely happy. While Bachelor Nation fans were initially confused about these two, they appear to be very happy, and they suit one another perfectly.

To fuel the fire, Victoria posted a photo with a caption about needing an apology from “him,” hinting it was Chris.

She has been secretive about her relationship for months, so Nick may ask her some tough questions about how she’s handling the relationship on social media.

He may also get the truth about how they met one another, how they are navigating the spotlight, if she has plans on moving to Arlington, Iowa, where Chris lives, and what their plans are for the future.

The Bachelor: The Greatest Seasons — Ever airs Mondays at 8/7c on ABC.