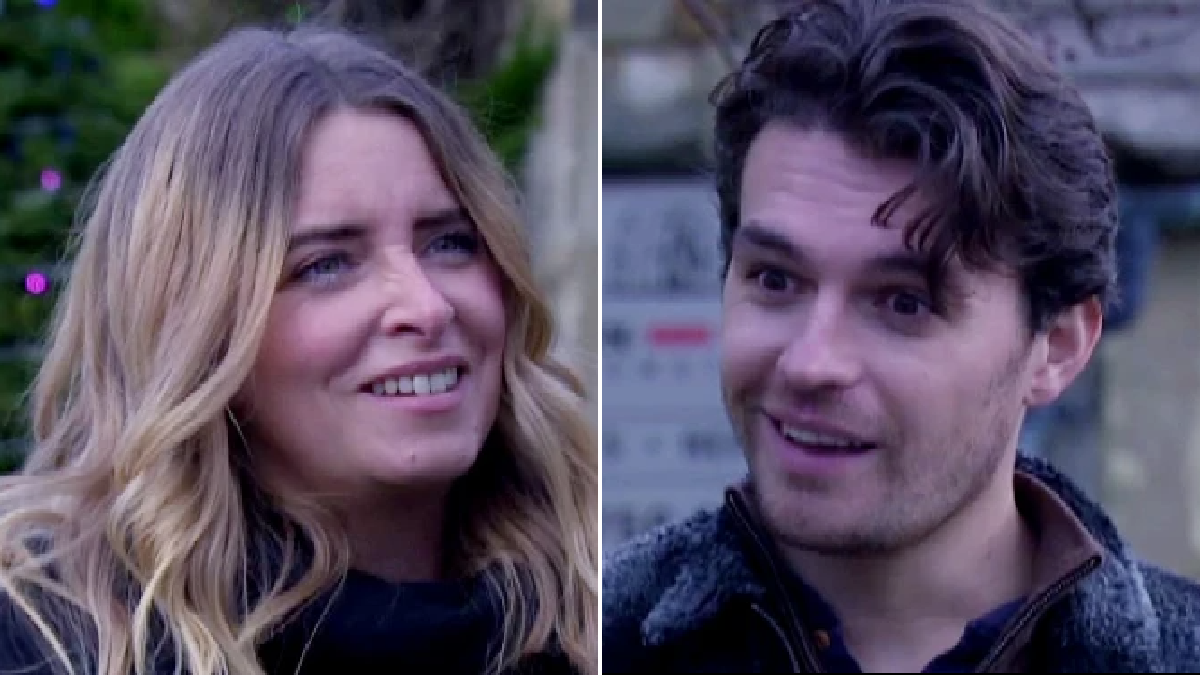 Vanessa Woodfield (Michelle Hardwick) has made her return to Emmerdale.

Soap star Michelle left Emmerdale last year, after revealing that she and partner Kate Brooks were expecting their first child.

For Vanessa, she departed the Dales amid her battle with cancer, as it was revealed that she and fiancee Charity (Emma Atkins) had gone to stay in Scotland amid the pandemic.

Subsequently, Charity returned home, but Vanessa decided to stay with her mum.

Charity cheated on Vanessa with newcomer Mackenzie (Lawrence Robb), and therefore Vanessa resolved to stay away from the village indefinitely.

In recent weeks, Charity and Mack have experienced a few bumps in the road with their relationship but took things up a level tonight.

After Mack told Charity he loves her, he wanted to know why she didn’t say it back.

Clearly nervous, Charity joked, telling Mack she says it all the time.

Unbeknownst to them both, a car had pulled up in the village.

But who was in the car? Vanessa.

As Vanessa left to catch up with Tracy (Amy Walsh) and Nate (Jurell Carter), Charity assured Mack that Vanessa’s arrival won’t impact their relationship – but will it?

Can Charity pursue her relationship with Mack, knowing Vanessa is around the corner?

Or will Mack be left heartbroken?