Max Boyens may have been fired from Vanderpump Rules, but an insider claims he has quit Tom Tom due to a dispute over health insurance.

The news comes after Tom Sandoval, an owner of Tom Tom, told Showbiz Cheat Sheet he was trying to rebuild his staff in anticipation of reopening the popular gastropub. Boyens did not personally comment on the report given to The Sun by an anonymous source. But the source alleged that Boyens quit because he was not given health insurance through his job. Boyens, along with Brett Caprioni, Stassi Schroeder, and Kristen Doute, was fired from Vanderpump Rules last season for past racist actions. 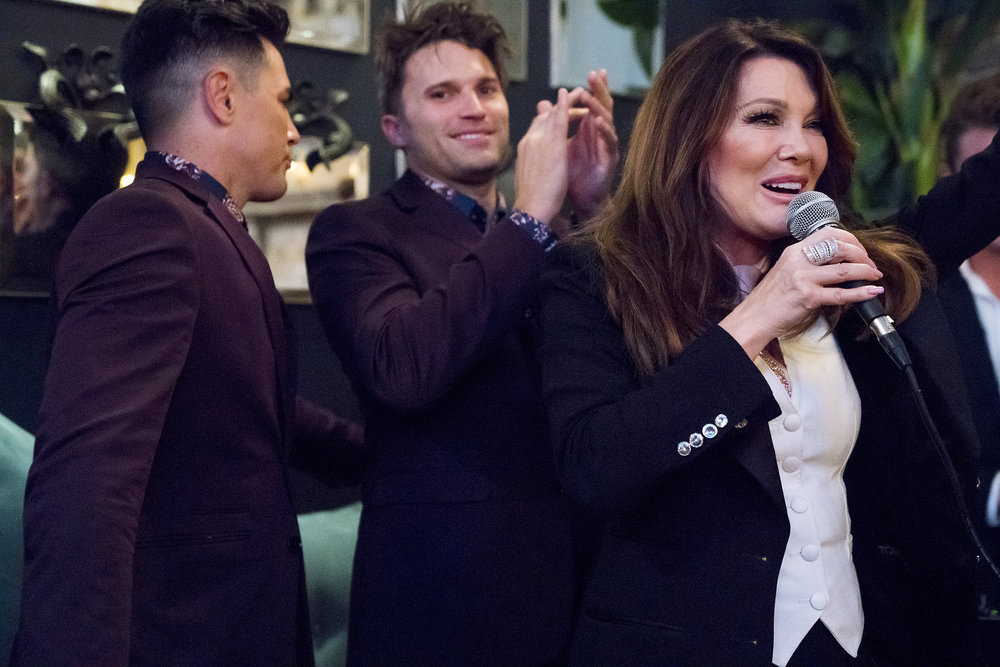 The pandemic left a slew of scars on the restaurant industry, including a staffing shortage. Sandoval told Showbiz Cheat Sheet that many Tom Tom employees left Los Angeles when the pandemic dragged on.

“People obviously had to make changes,” Sandoval acknowledged about furloughed staff. “I know a lot of our staff went back to their hometown to save money on rent. And obviously, a bunch of [people in] the service industry are also in the entertainment industry.”

The pandemic also shut down the entertainment industry, leaving many of Sandoval’s employees with no options. “So you’re not going on auditions during that time, nothing was filming,” he said. “So a lot of people just kind of went back to their hometown to regroup. Connect with their family.”

The good news is that many Tom Tom staff members and L.A. servers are returning to town, Sandoval said. “And a lot of them are coming back to town,” he added. “And, you know, I guess one good thing, I guess, is that apartment leases like rent is a little bit lower than it was [before the pandemic]. Like they’re giving deals like a month free or two months free.”

But Sandoval admitted that restaffing the restaurant has been surprisingly difficult. “It’s tough though,” Sandoval admitted. “It’s harder to find staff. I never thought that would be the case. Living in L.A. myself, job hunting in L.A., I’m used to being like one of the 30 people that are trying to get a job as a bartender.”

Tom Schwartz teased about updates the team was making to the restaurant. “We want to have a little alfresco dining out front near the sidewalk and we’re gonna build out something,” he told Bravo Insider. “We have the back patio, which is exposed to fresh air, so we have some limited seating in there, but we want to have that front patio ready to rock.”

“I’m excited to see the bar and restaurant industry come back with a vengeance,” he remarked. “I’m really excited to get that back up and running. I miss Tom Tom. I can’t wait to be back at the restaurants, at SUR, PUMP, Tom Tom, all of our neighbors [such as] The Abbey, Mother Lode, Rocco’s.” Schwartz added, “I miss embracing my fellow man and woman and sharing a half shot.”