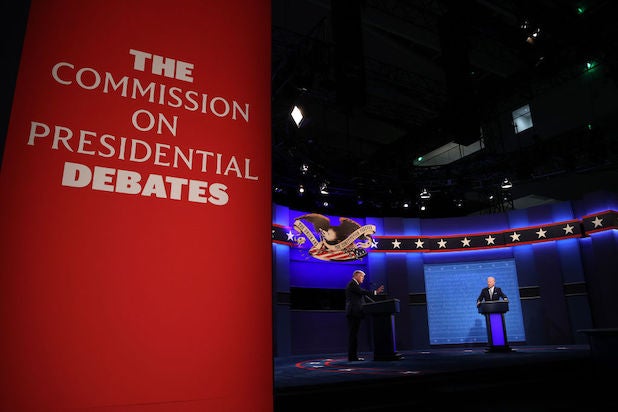 After two days of will-they-won’t-they, the Commission on Presidential Debates scrapped the Oct. 15 presidential debate between Trump and Biden on Friday.

The event went off the rails on Thursday when the commission said it would make the event virtual for safety reasons in light of Trump’s positive COVID-19 diagnosis, leading to a convoluted chain of events: Shortly after the CPD’s announcement, Trump said he didn’t want to “waste” his “time” on a virtual debate, leading the Biden campaign to move forward with scheduling a separate town hall with ABC News on that same day to essentially replace the debate.

The back-and-forth continued as the Trump campaign tried to pressure the debate commission to move forward with an in-person debate on Oct. 15 after Trump’s physician released a memo saying he anticipated the president would be “safe” to “return to public engagements” by this Saturday, despite the president testing positive just a week ago.

But the debate commission declined to do so on Thursday night, leaving the second debate up in the air until Friday afternoon.