Fans of the BBC motor programme were eager to see how the trio would get on after the numerous shake-ups to the presenting line-up in the past couple of years.

Top Gear is known for the hosts getting in on the action and sporting around in new and vintage cars as well as participating in numerous challenges.

The 27th series of long-running show is set to stand out amongst the rest as Paddy revealed ahead of Top Gear’s return the programme will feel different.

Presenters have ventured to continents across the world to participate in tasks and to see what the rest of the world has to offer on the motoring front.

With this series also set to see presenters explore new terrain, Paddy said: “With this series, what we’ve not touched upon which I think is totally different to previous Top Gear series is we interact a little bit more with the people and the countries where we are now.

“Kind of before it was Top Gear would be in a bubble, it would do the adventure, but it would never stray out to that.”

Paddy continued to press including Express.co.uk: “Now, we sort of get involved with people and they’re on camera a bit more which feels a bit fresher.”

The Take Me Out host also expressed his hopes for viewers of his other shows to enjoy the show, as he believes it’s not tailored to a particular audience.

“You know, it’s great but it’s not as full on laddy as you might think for this show. 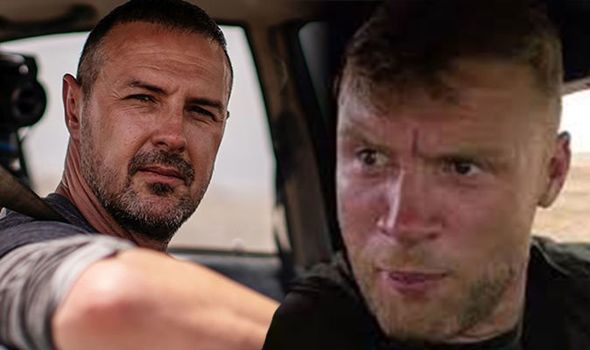 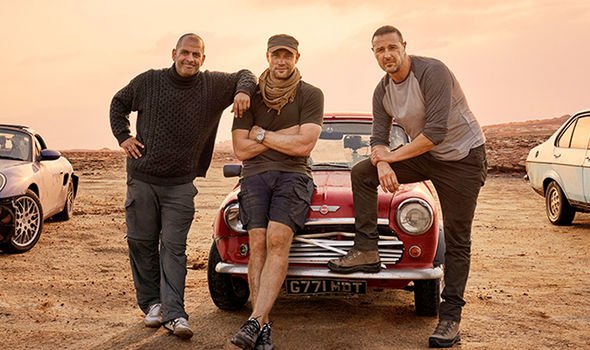 “There’s light and shade in it. I just want to be part of something where you’re proud of it and you can sit with your friends or your family watching it on a Sunday night.

“Just enjoy it. You don’t have to be a petrol head to get into it. I think we’ve done that with it,” Paddy explained.

Speaking of the natural rapport with his co-stars, Paddy said: “I just think because it’s not scripted, what you see is literally as it’s happening.

“It’s all adlib. We get a rough spine of a story. We never purposefully went, ‘Oh, we must do this.’ 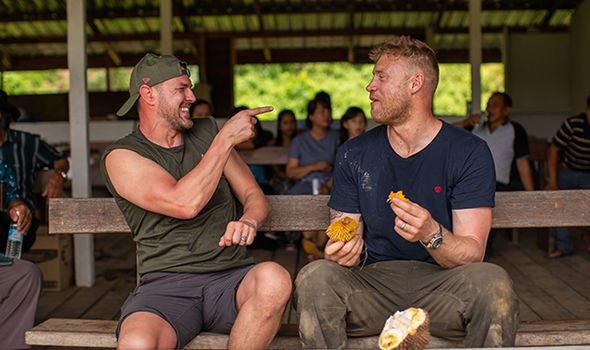 Travelling the globe also came as a surprise to Paddy, as he wasn’t expecting to live in the most basic of conditions.

“I think the biggest surprise for me doing Top Gear was when we go to these countries and it’s amazing and then you finish at the end of the day and I’m like, ‘Right, are we off to the hotel?’”

“They went, ‘Oh, no.’ The last place I was in there was just a hose pipe for a shower with a plastic bottle on the end,” the host quipped.

Earlier this year, former Top Gear presenter Jeremy Clarkson, 59, spoke about the viewing figures since he left the show.

Jeremy said during an appearance on The Jonathan Ross Show: “It’s a hard face to pull, this one. Let me try,” smiling as he expressed his glee.