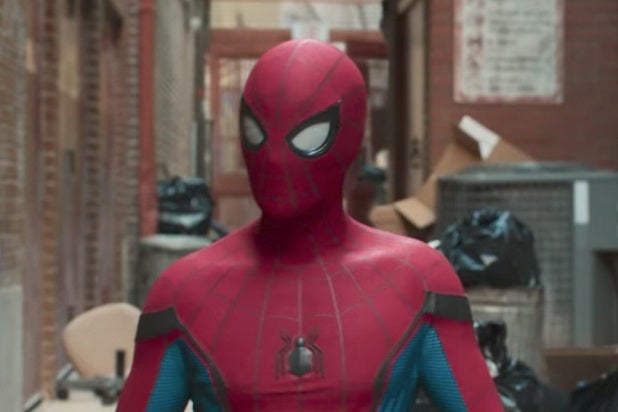 Tom Holland had a timely pandemic-era message for fans on Friday when he shared the first photo from the set of the untitled “Spider-Man 3,” featuring the teen webslinger donning a protective white N95 mask over his mask.

Tom Holland is sporting the same Spidey suit he wore at the end of 2019’s “Spider-Man: Far From Home,” which ended in a cliffhanger.

Jamie Foxx is set to reprise his role as Spider-Man villain Electro in the next “Spider-Man” film; the actor played the character in the 2014 “The Amazing Spider-Man 2,” which starred Andrew Garfield before the character was brought into the Marvel Cinematic Universe.

Sony has dated the third film for Dec. 17, 2021 . Jon Watts, who directed “Homecoming” and last year’s “Far From Home,” is also directing the newest film.

The most recent Spider-Man film, “Far From Home,” brought back another popular character from a previous iteration of the franchise, having J.K. Simmons reprise his role as J. Jonah Jameson from the original trilogy of films with Tobey Maguire.

Other franchise regulars, including Zendaya, Marisa Tomei, Jacob Batalon and Tony Revolori, will likewise return for the sequel. Kevin Feige and Amy Pascal are producing the third film in the franchise.