Titus Andromedon attended a few failed auditions. He even danced, sang, and got hit by a flying Spider-Man for the fictional Broadway production of Spider-Man Too: 2 Many Spider-Men.

Here’s what we know about the “Kimmy Goes to the Doctor” episode of Netflix’s Unbreakable Kimmy Schmidt.

Whether they’re fighting off a crazy reverend or attending Colombia University classes, females are strong as heck. Released exclusively on Netflix in 2015, Unbreakable Kimmy Schmidt featured Tituss Burgess as Titus Andromedon, aka Ronald Wilkerson, aka Cork Rockingham, aka Trevor Millionaire.

Although fans first met him when he was working as a knock-off Iron Man in Times Square, he always dreamt of performing on Broadway. That led this character to audition for a fictional superhero-themed musical, Spider-Man Too: 2 Many Spider-Men. 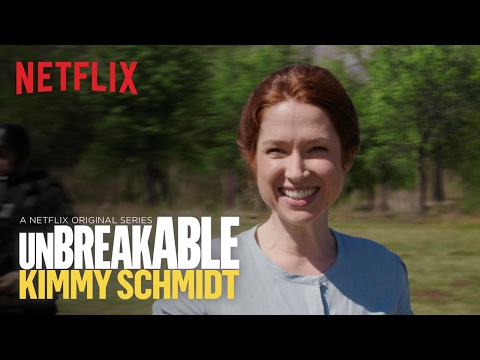 Titus Andromedon auditioned for ‘Spider-Man Too: 2 Many Spider-Men,’ the fictional musical sequel

Although Titus dreamt of life on Broadway, he took a few theater-related gigs throughout his New York City journey. He starred in a one-woman show about one of his past lives. He even went to an open audition for the Spider-Man musical sequel, Spider-Man Too: 2 Many Spider-Men.

During the credits for this episode, fans got a full version of the Spider-Man Too theme song. With lyrics about being spiders but dropping like flies, this song became a favorite of many viewers.

Of course, Unbreakable Kimmy Schmidt also included a part of Titus’ audition. Because of difficult choreography, a harness, and some stunts regarding falling Spider-Men, Titus did not get the part in this fictional Broadway musical.

This episode referenced the actual Broadway production Spider-Man: Turn Off the Dark, originally published in 2010. It ended its Broadway run in 2014 after being seen by an estimated 2 million fans.

Recently, Marvel and Sony partnered to create the original sequel, Spider-Man: No Way Home, a spinoff featuring Tom Holland as the title character. There are also other productions featuring this Marvel character, including Spider-Man: Into the Spider-Verse.

Unbreakable Kimmy Schmidt fans saw several of Titus’ failed auditions. There was his cruise ship audition, where he invented a song about Trident gum. Additionally, he auditioned for a Big Pharma commercial. That ultimately ended in a talking purple bladder emulating Titus’ personality (and thigh gap).

The reason why this character moved to New York City, though, was because he dreamt of performing in Disney’s The Lion King on Broadway. Eventually, Titus achieved his goal, earning the part of Rafiki.

Episodes of Unbreakable Kimmy Schmidt are available for streaming on Netflix, while song Marvel films featuring Spider-Man, including Captain America: Civil War, are available on the rival streaming platform, Disney+.