Ben, 46, was on hand to welcome another four contestants to a socially distanced episode of Tipping Point as they all played to win the jackpot prize. The game got underway with little drama as the quizzing amateurs answered a number of general knowledge questions. However, contestant Issy was put on the spot during the second round of the ITV programme as a medical question was put her way. After giving an incorrect answer, the host couldn’t believe a community nurse had made such an error.

The presenter asked Issy: “In the human body, what is the medical name for the collar bone?” and the contestant had no idea.

After the grilling was complete and having answered another question incorrectly, Ben began to mock the nurse.

“Too busy thinking about your collar bone, weren’t you?” he teased.

Ben added: “As a community nurse, it’s that frustration of being under pressure to try and come up with the name.”

She agreed with the host and stated she was “embarrassed” she did not know the answer to the question.

“I don’t doubt for a minute you don’t know what the clavicle is,” the presenter continued as he tried to offer her some reassurance. 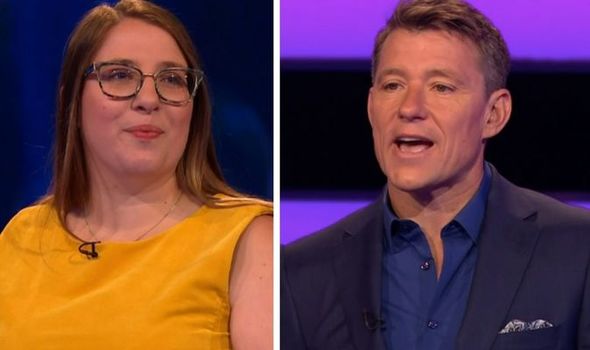 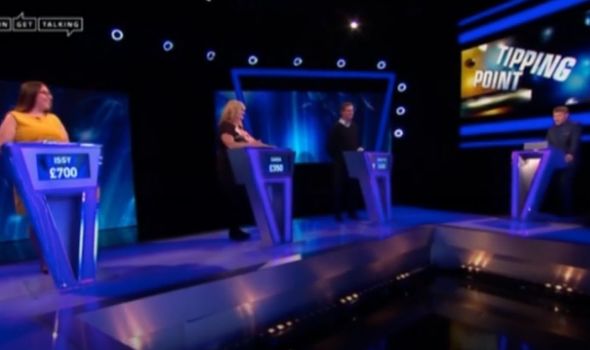 Taking to Twitter, those watching at home were also baffled the community nurse didn’t know the answer.

One wrote on the social media platform: “Issy the nurse got a medical question wrong?! #TippingPoint.”

Another posted: “Come on Issy #tippingpoint,” with a third avid fan declaring: “Nurse gets a medical question wrong #tippingpoint.”

“Community nurse gets a medical question wrong with the ones we’ve had experience with that’s no surprise #TippingPoint,” a fourth shared. 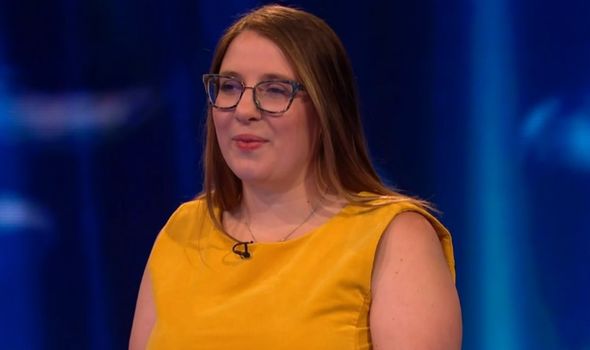 Following the second round of the programme, Issy was storming ahead but had to defeat her opponent Sara in one more head-to-head.

Unfortunately, the community nurse was knocked out of the show when she answered a question about celebrity chefs incorrectly.

This meant it was Sara who got to play the final round to see if she could secure herself the £10,000 cash prize. 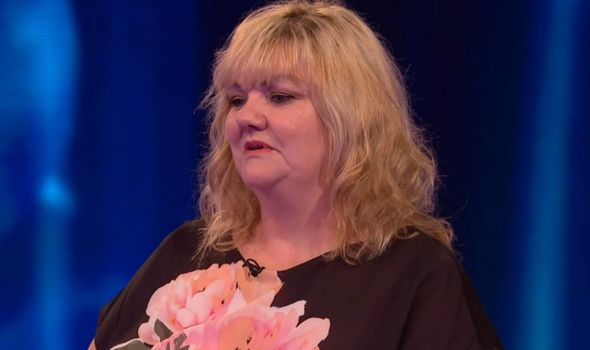 For the majority of the final, Sara played three counters for each subject she needed to answer a question from.

As the closing moments of the episode played out, the contestant managed to bring her jackpot over the £3,000 threshold.

Ben gave her a chance to play three more counters to knock the star counter over the tipping point or walk away with the money.

The player admitted she didn’t feel lady luck would have been on her side so opted for the latter option.

However, the host made her play out the last three counters, and unfortunately, she would’ve only needed two counters to win the £10,000.

Ben said she should’ve been a “little more brave” and chosen the trade but he congratulated her on the money she was walking away with.

Taking to Twitter, viewers reacted to the result, with one writing: “Oh no, if she took the trade would of got the jackpot. Unlucky enjoy the £3050 #tippingpoint.” (sic)

Another posted: “Bad luck, she had good timing, those riders were unlucky, and her luck turned with the gamble but the wrong way, unfortunately, #TippingPoint.”