The Toronto Film Festival marked its completion Saturday with an unfortunate milestone: No major acquisitions deals have been announced since the festival kicked off its 10-day run. It was far from a bust: Early awards contenders like Kenneth Branagh’s “Belfast” picked up steam, and on-the-ground audiences in Canada reveled in the joy of once again gathering to experience big movies like “Dune.” Nor is the overall film market lukewarm: Deals have been ironed out at a steady clip throughout the year.

It raises the question: Why was nobody buying at Toronto?

There’s certainly not one cause, though unsurprisingly COVID is an easy catchall to explain why TIFF was unable to maintain its status as the fall’s most important dealmaking venue this year.

This marked the second year in a row that TIFF was a largely virtual affair, with a lineup just one-third the size of the 300-plus it screened in 2019. While Canadians showed up to the TIFF Bell Lightbox, the Princess of Wales Theatre, and other venues around Toronto, attendance by American and international industry members largely tuned in from home.

Here’s a breakdown of some of the things that contributed to a lukewarm acquisitions market at this year’s festival.

Distributors got ahead of the game

Thirteen of the 15 Gala presentations had long secured distribution before their TIFF debut, including People’s Choice winner “Belfast” (acquired by Focus Features in December) and Mia Hansen-Løve’s “Bergman Island” (picked up by IFC Films ahead of its Cannes debut this summer).

Compare that to last year’s Gala slate, where six of the nine titles were still up for grabs leading up to the festival. That led Netflix to quickly snap up three movies in quick succession: Halle Berry’s directorial debut “Bruised,” the Rosamund Pike satire “I Care a Lot,” and “Pieces of a Woman,” which would go on to earn Vanessa Kirby her first Oscar nomination.

The good news for distributors is there are plenty of attractive movies available. The Sigourney Weaver adult drama “The Good House,” the Penélope Cruz-Antonio Banderas starrer “Official Competition,” Lucile Hadžihalilović’s genre film “Earwig,” and Barry Levinson’s biopic “The Survivor” are just a few of the titles that earned warm critical reception out of TIFF.

COVID uncertainty made it hard to plan

While the ebbs and flows of the pandemic have begun to feel like normal, whether Canada would be open for business remained an open question.

TIFF announced its plans for a hybrid event way back in June, giving the agents and buyers plenty of time to organize themselves around the fall festival season. That’s when big titles, including Denis Villeneuve’s “Dune” and Edgar Wright’s thriller “Last Night in Soho,” were announced. But at that point the Canadian border remained closed to U.S. travelers.

Authorities didn’t reopen the border for fully vaccinated travelers until August 9, just a month ahead of TIFF and a few weeks before the start of the Telluride Film Festival. The final go-ahead may have came too late, especially as the hope of a hot vax summer waned amid the reality of the Delta variant and breakthrough cases. (TIFF required either proof of vaccination or a recent negative COVID-19 test.)

Telluride, on the other hand, was an in-person festival experience made for the pandemic, if there ever was one. Charter flights from Los Angeles (and new for this year, New York), along with required proof of vaccination and a negative test result offered even more comfort to the select group of press and industry who attended the notoriously intimate pilgrimage to the Colorado mountains. Organizers announced back in February that it would be not only an in-person event, but with an extra day tacked on to the festivities.

Telluride, Venice, TIFF, and NYFF are traditionally compliments to each other in the buildup to sales and awards buzz, but this year the industry simply put more of its eggs into the Telluride basket. 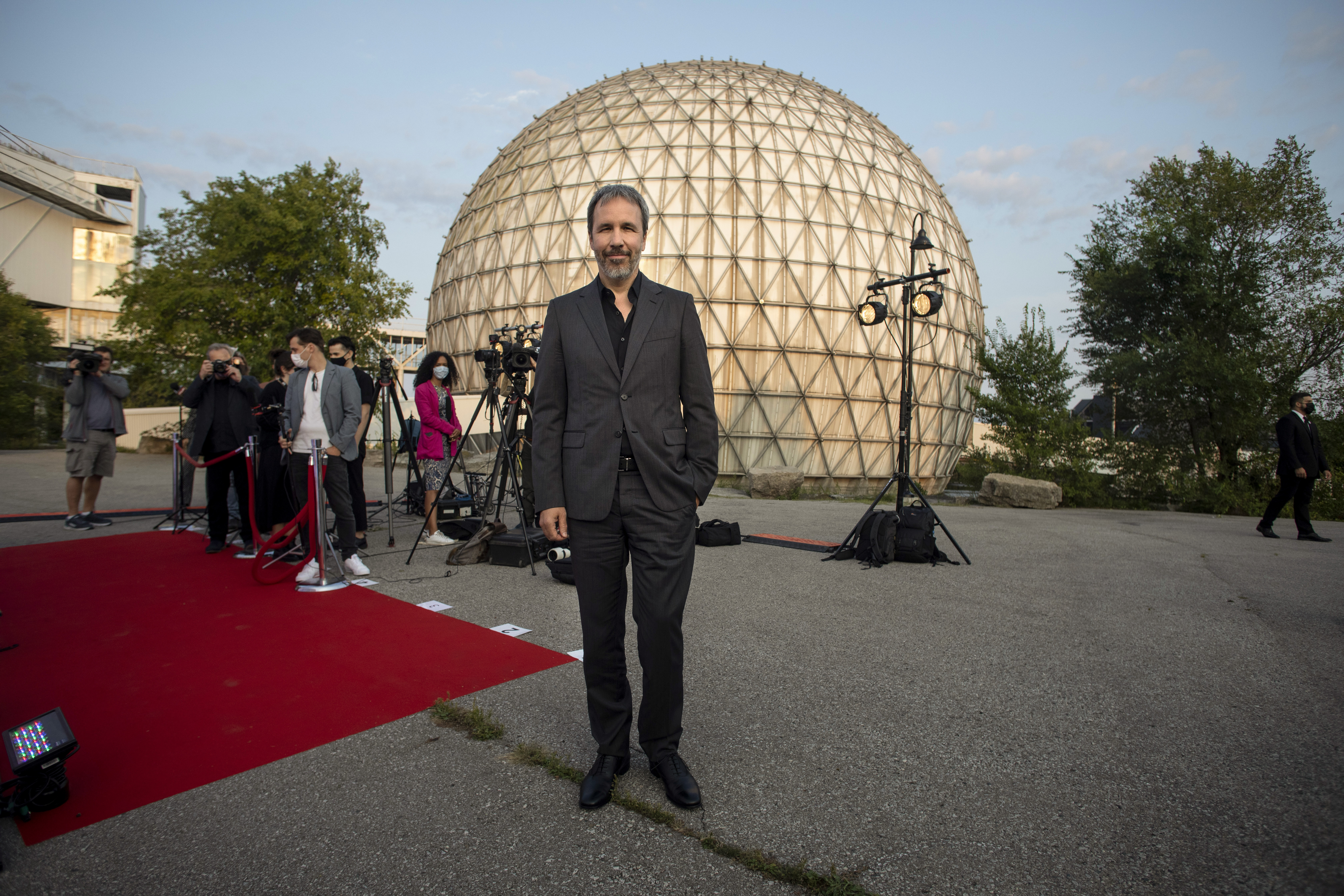 “Dune” director Denis Villeneuve outside the Cinesphere, which hosted the IMAX premiere of the sci-fi epic during TIFF

There is, of course, no replacing the communal experience that comes from watching a film in person at a festival. But TIFF succeeded last year by making its full slate available online: If the festival was showing it, industry members around the world could tune in at the same time for a shared virtual experience. It was a strategy repeated by Sundance in January to banner results for the film market, with an opening day that yielded a record-breaking deal for “CODA,” and sales for the buzzy documentaries “Flee” and “Summer of Soul.”

But this year’s TIFF was defined by a digital and real-life divide. In-person audiences, including Canadians and a smaller-than-usual group of press and industry, had access to the full lineup in Toronto, while virtual attendees had severely reduced options.

Responding to distributors’ anxieties about showing their wares virtually, TIFF allowed rights holders to pass on online screenings. And many did: There was no “Dune,” no “Last Night in Soho,” no “Spencer,” and no “The Eyes of Tammy Faye” for at-home audiences. The result was that sales titles were unable to capitalize on the buzz and excitement of those titles that could have made TIFF screenings nightly required viewing from the start.