It’s been over 30 years since Jonathan Larson’s first performance of “Tick Tick Boom” a work he categorized as a rock monologue. Just a few years before his tragic and wholly unexpected passing (on the eve of the premiere of his seismic musical “Rent”), he channeled his anxieties into a show about struggling to write a generation-shifting piece of theater. For those unfamiliar with the history behind it, the opening of Lin-Manuel Miranda’s new Netflix-bound film adaptation of “Tick Tick Boom” offers an overview (complete with a tongue-in-cheek disclaimer that lets the audience put their chosen amount of stress on the “semi” in “semiautobiographical”).

It’s that spirit of artistic license that presents the biggest challenge for Miranda who, along with screenwriter Steven Levenson, opts to split the difference on this film version. While framing the action around a recreation (of sorts) of Larson’s original presentation, this “Tick Tick Boom” uses the freedom of a different medium to cut back and forth into the events that inspired those songs and stories. In both halves, Andrew Garfield plays Larson — past and also present, circa 1992 — as a struggling artist on the doorstep of 30 and then as the composer on the verge of fame. The Larson on stage narrates a pivotal stretch in his artistic life, the New York workshop of “Superbia,” his de facto musical thesis project. “Superbia” is what he assumes will be his magnum opus. Still, it’s a high-concept futuristic space-set musical, a tough sell even before Jon hits the wall coming up with the show’s big emotional second-act solo. As the timer begins to run out before potential producers get a peek, the stress of prepping and finishing threatens his relationships with his girlfriend Susan (Alexandra Shipp) and best friend Michael (Robin de Jesús). 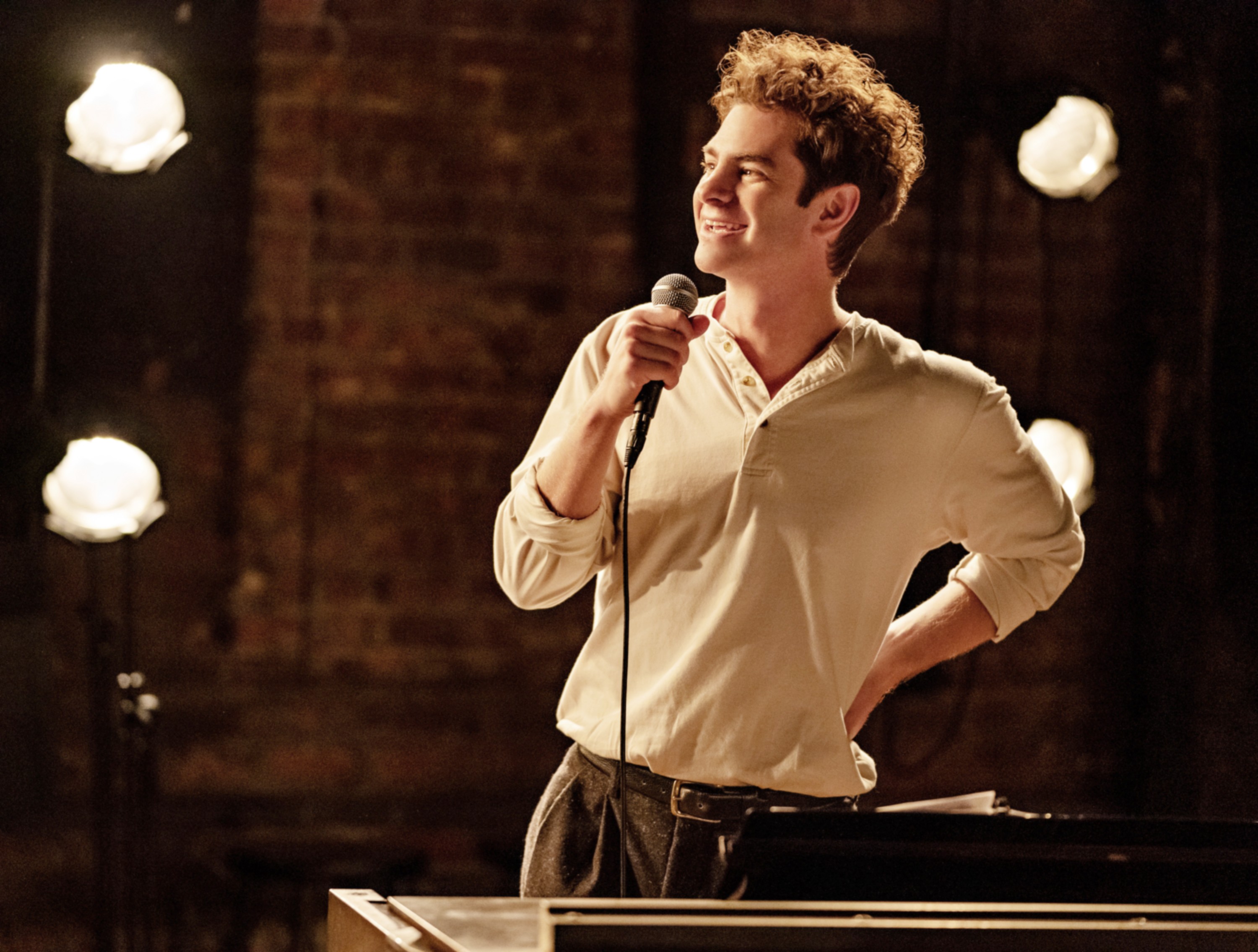 Most stage productions of “Tick Tick Boom,” based on a reworking done after Larson’s death, keep the ensemble to just that trio, with the Michael and Susan performers each playing a handful of other minor characters. The opening of the film wastes no time filling out the screen with a fuller cast list and a distinct sense of panache to match. Mixing a camcorder aesthetic with a pulsing introduction to early-‘90s New York, the intro song “30/90” finds its early strengths right away. Larson’s driving angst makes a good pair with poking around used bookstores and cycling through the bustling streets of his chosen modern Bohemia.

It’s when the show turns to the looming dread of writer’s block, coupled with the growing specter of AIDS, that “Tick Tick Boom” struggles to regain that sense of momentum. A film so calibrated when humming forward starts to lose its tonal footing when Jon’s creative spark dims to a too-faint flicker. Stealing glances in a storefront reflection, rainstorms turning on out of nowhere as the last notes of a song fade out, even a character slowly dropping stacks paper while staring out an office window: all are indicative of Miranda feeling pressed to make Choices in lieu of cutting back to the stripped-down 99-seat theater.

Those more staid choices are all the more surprising considering the number of sequences that reflect long-gestating ideas finally getting to see the light of day. The lovingly-cribbed-from-Sondheim “Sunday” gets a screen version that’s half directorial flex and half high-school theater class catnip. Even though the patter song “Therapy” works on its own, Miranda and Levenson take this film as a chance to cross-cut it with a theoretical argument that may have inspired it. “Tick Tick Boom” hits a groove when it’s indulging its biggest creative swings or staying in the simplicity of its most primal state. That middle ground (which also makes up much of the middle part of the film) is where things start to falter. 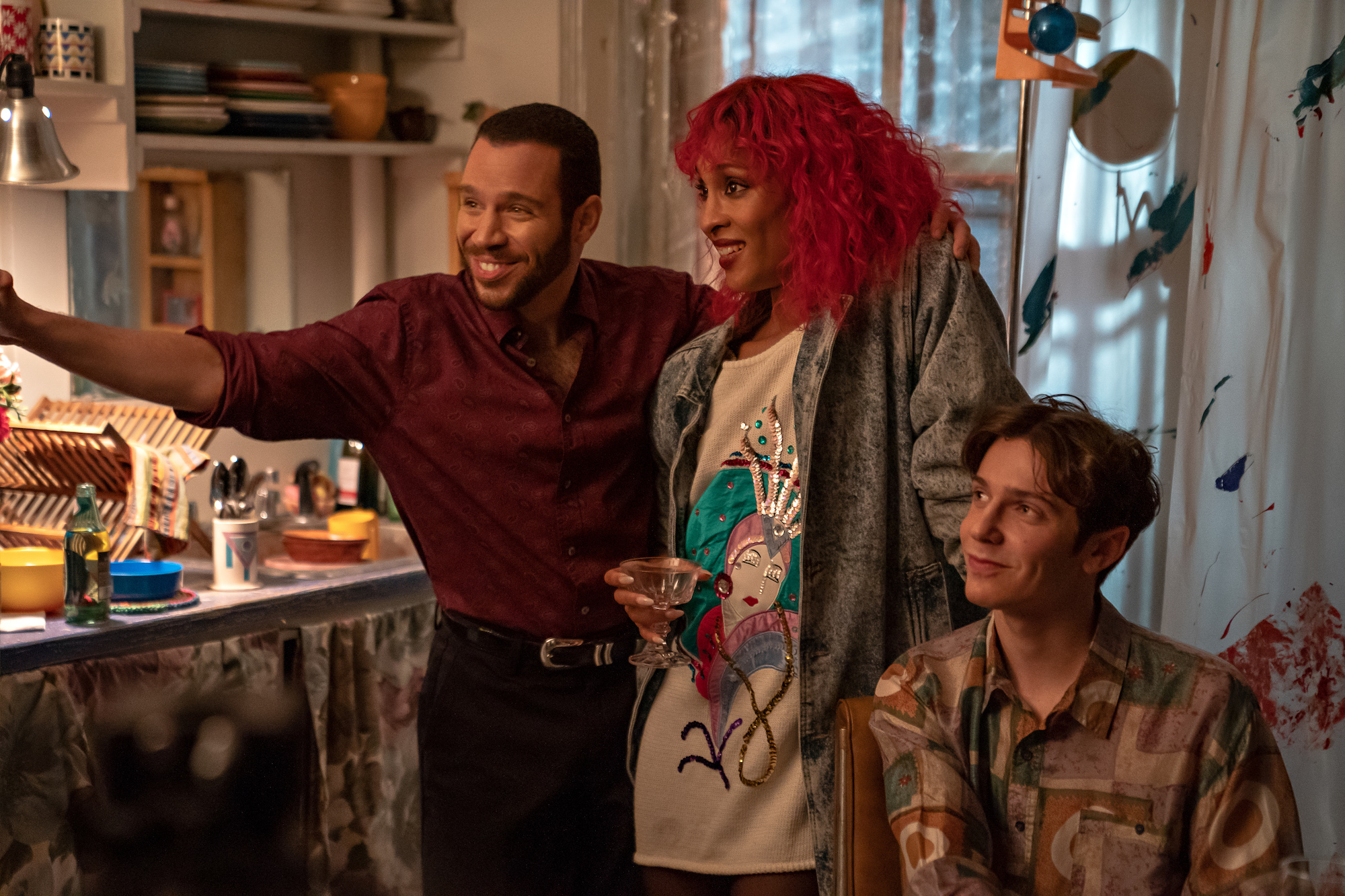 It’s all an uphill battle, given this is all born from those rock monologue origins. There’s only so much anguish you can have someone either tell or show about their precious creation before it becomes too easy to question if it’s even worth it. “Tick Tick Boom” is naturally a time capsule of an era when “selling out” was a paramount concern — as Jon’s struggles to manage his own artistic insecurities, they start to merge with lofty rejections of materialism, and the whole thing starts to go in circles. Susan and Michael only exist in relation to Jon’s tunnel-vision ambition, and it’s not too hard to share their frustration as he grows more single-minded.

Yet it’s a testament to Garfield’s charms that you can start understand how Larson was able to convince people, long before he became a musical theater icon to acolytes like Miranda (who himself played Jon in a limited-run revival seven years ago), that his enthusiasm could one day lead to something more tangible. That’s evident in the Larson performance scenes (where he’s joined on-stage in a workshop setting by Vanessa Hudgens and Joshua Henry, among others), like the lingering “Boho Days” (which the film reintroduces after being excised from most stage productions). Watching the camera follow Jon around his apartment, flanked by friends and neighbors alike, it’s enough to make you wish that there were more opportunities to see him through the eyes of those who knew him instead of being trapped by his sense of solitude.

In some ways, “Tick Tick Boom” is the rare biopic written by its main subject. Yet for all its obsession with the nature of creativity, this film version is still hazy on the actual creative process, opting for an uninspired series of moments when the scribbling on Jon’s notepad gets superimposed on the other half of the screen. The film’s final breakthrough moment of inspiration is another one of those “if I ever get the chance to make this” flourishes, but it’s not as triumphant as it’s clearly meant to be. It points to a film that, even at its highest points, seems to be fighting half of itself. Perhaps that’s why a cherished work from a beloved writer took decades to make it to the screen in the first place. Either way, it’s a reminder of how well “Tick Tick Boom” works with the pure basics: a man with something to say and a microphone to help him do it.