And after a fit of giggles she managed to get on with the show – until another blunder happened.

Halfway through the show, when she and Phillip Schofield returned from a break, she revealed she’d had a bit of an accident with her floral frock.

Phillip revealed she had an awkward stain close to the top of her legs.

“Don’t look down there”

Holly explained: “You know when you put hand cream on, I was sat down reading my notes it’s managed to come all off my arms.

“So it does look a bit shadowy, like a wet patch right down the front of your dress, which is really nice..”

As Holly pointed out the stain – which really wasn’t that bad – she quickly flicked her fingers to motion the camera up away from it, adding: “Don’t look down there.”

Luckily it was soon forgotten and Holly continued the show. 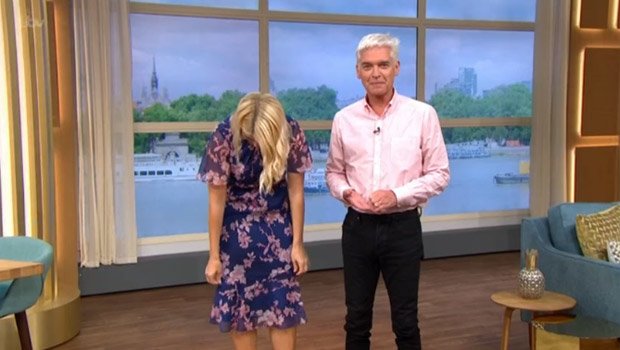 Earlier in the episode, as Holly and Phil spoke of what was to come, Holly had a slip of the tongue when saying her jaw almost hit the floor.

“Look at that, she’s shocked. Her knickers are down again!” 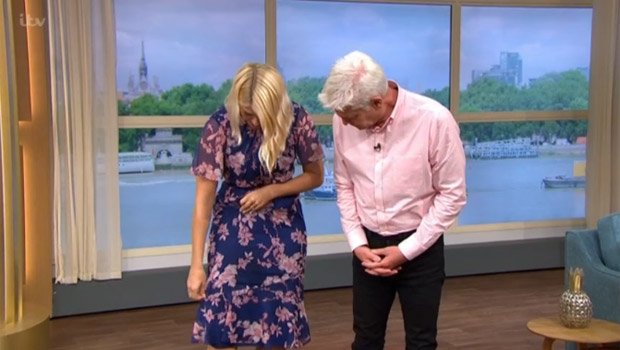 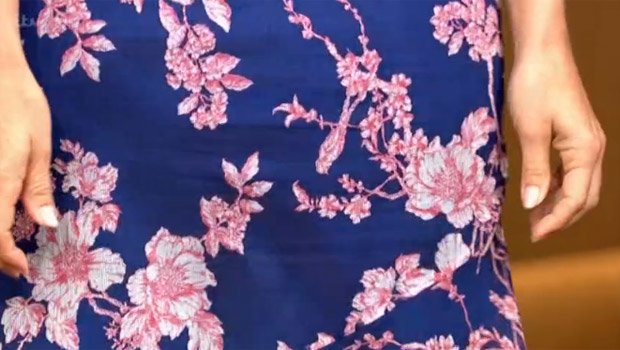 Throughout the show, Holly and Phil spoke to a wide variety of guests including a mermaid, Kirstie Allsopp and Love Island’s Tom Walker.

The dumped reality star tried to defend himself amid his clash with Maura Higgins, but Holly was clearly Team Maura.

This Morning continues weekdays at 10.30am on ITV.