THIS Morning viewers were left shocked as Holly Willoughby and Phillip Schofield had very X-rated sex talks at 10.30am.

With kids back at school, Phillip declared it was "good to be back" as they introduced segments on Viagra and the female orgasm. 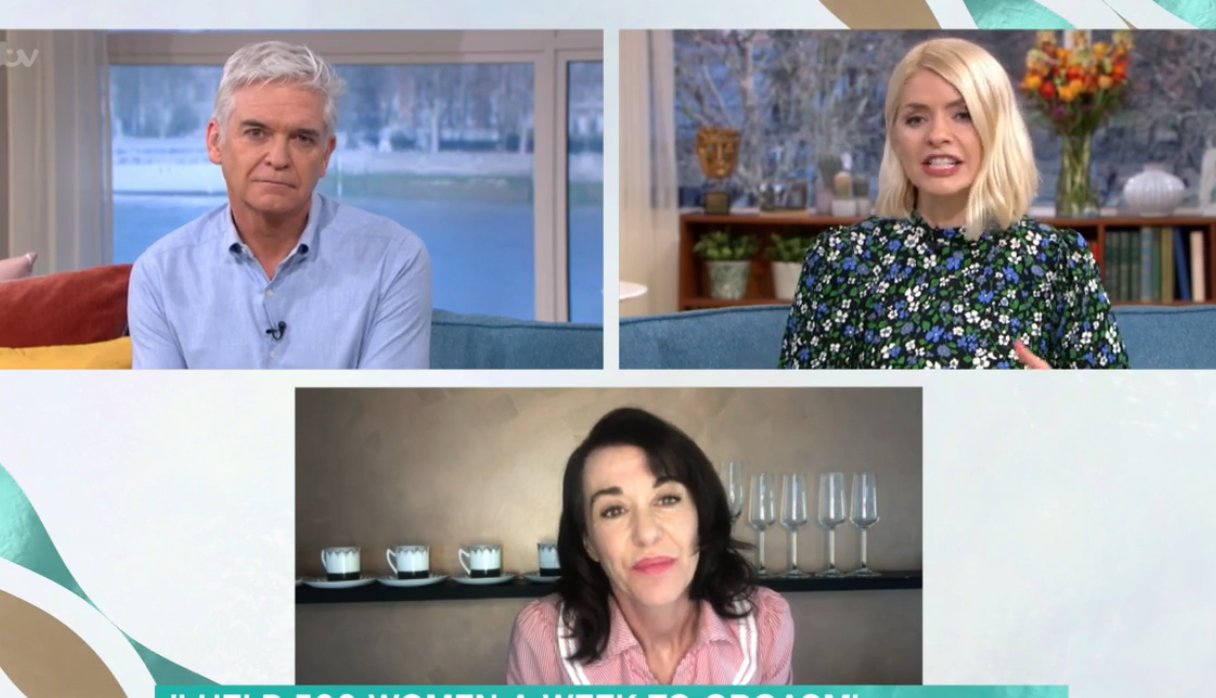 First up, Holly and Phil welcomed Dr Chris, who opened up talking about Viagra.

He revealed to viewers at home that Viagra helps men with heart disease – the biggest killer of men in the world.

This will be unsurprising for people familiar with the history of sildenafil – the chemical name of Viagra – as it was originally made to treat high blood pressure and heart disease.

In the segment, he made viewers blush as he explained about "engorged" genitalia. 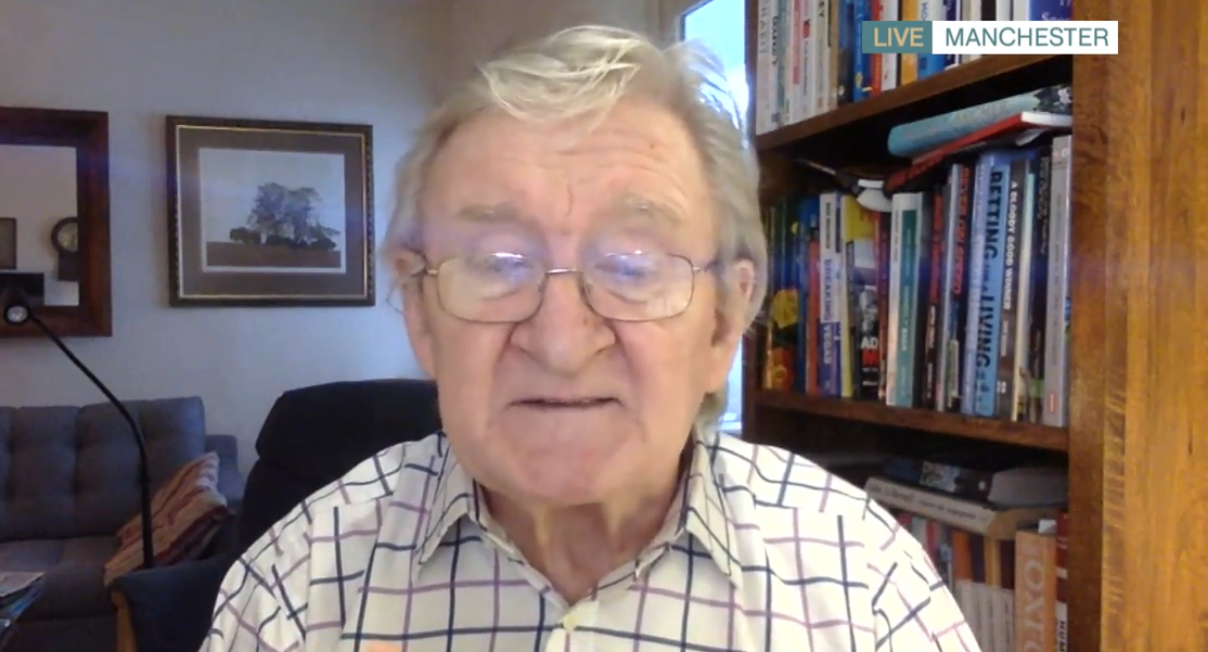 Later on he spoke about a new rub-on gel for male impotence which works within 10 minutes, called MED3000.

Then once Dr Chris was done, Ky – an expert on female orgasms – opened up about teaching 500 women a week how to orgasm.

However, viewers were turning red at the racy segments so early in the morning – and took to Twitter to blush.

Ty – who runs Sh! in London – said of her effectiveness: "One of the first letters we got, cause the fabulous thing is people feed back to us because we have these honest conversations and feel safe with us.

"One of the first ones we had was one of these handwritten letters that said, 'Dear Sh! after 23 years of marriage and three kids, I've finally had an orgasm.' We've had women coming up to us in the streets hugging us."

One person said: "Please stop #ThisMorning. Some of have to sit next to our elderly relatives during this filth" 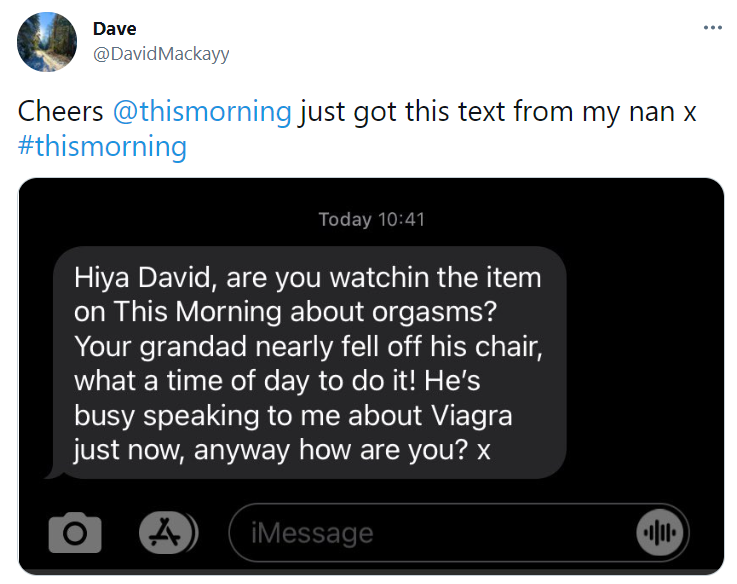 Another added: "Bit early in the morning to be talking about genitalia Dr Chris"

A third remarked: "Is it sex day today? Cause I certainly aint getting none..I think there doing it just to wind people up"