THIS Morning descended into uproar as Holly Willoughby accuses a viewer of cheating on Spin To Win.

Viewers are reminded not to say hello when answering the phone – instead having to say a password. 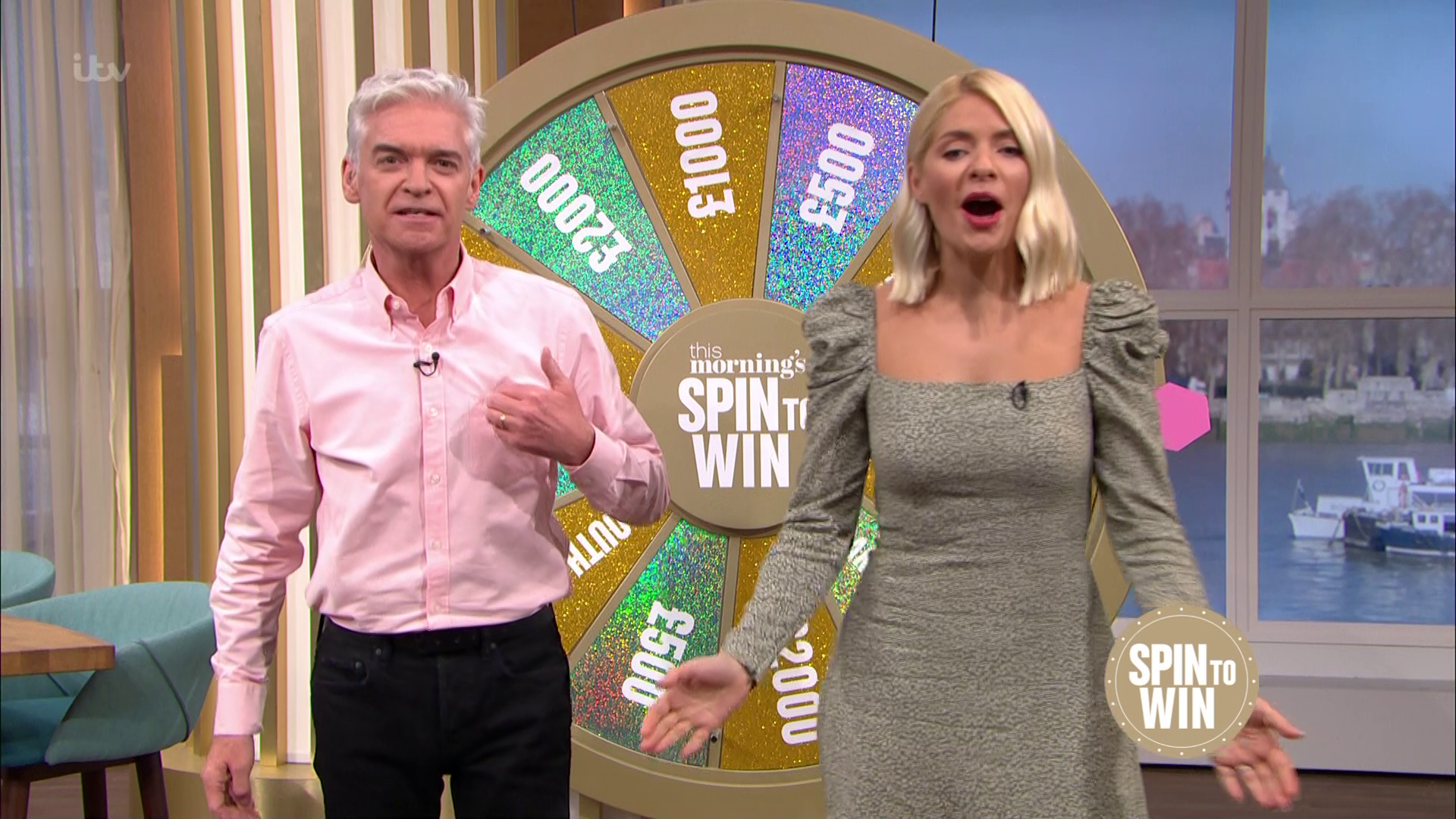 The first viewer who called into the magazine show's game said something when they answered the phone.

Holly, on the other hand, heard differently and thought the caller said "hello" or "hi" when she picked up.

She was so convinced she asked the producers to check to see if the caller had said lime. 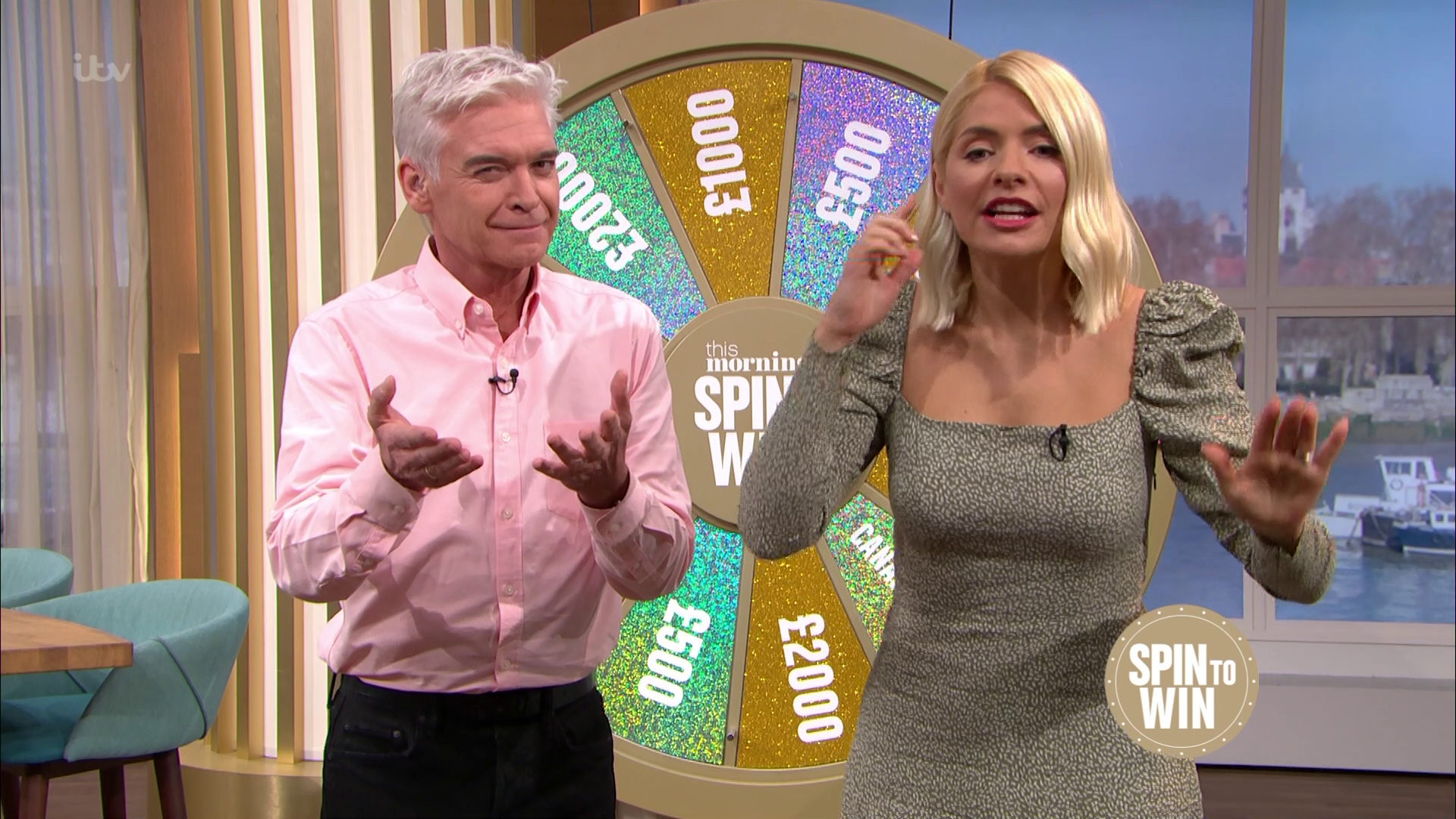 In a panic, the caller kept saying "lime" down the phone.

Phillip insisted the caller said the password – and Holly, finally realising she was wrong, backed down and let the game continue.

Holly then asked what the caller's name was and misheard again, leaving her asking what was wrong with her ears.

They were then allowed to continue with the game and the caller ended up winning a trip to the Canary Islands. 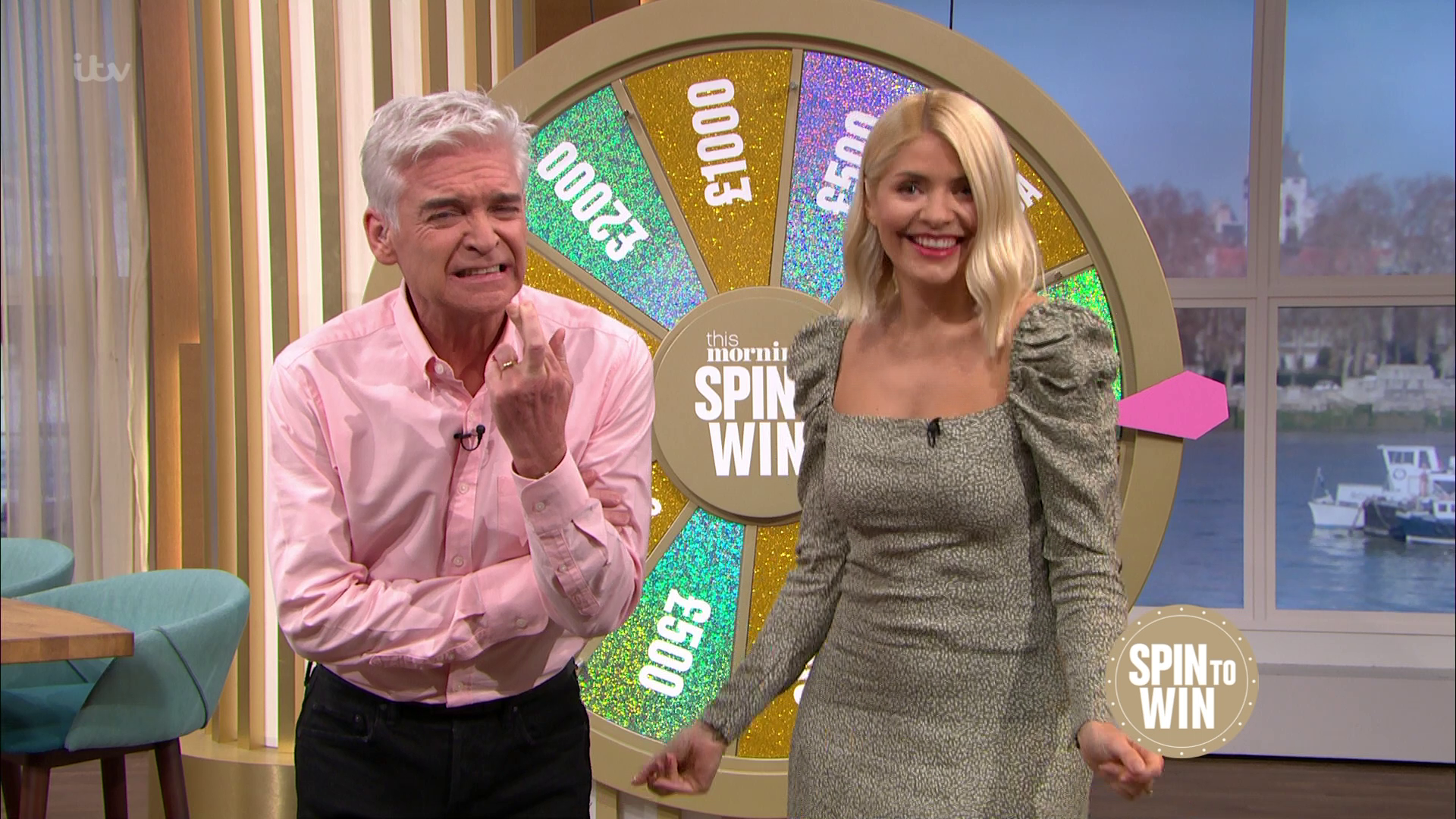 This game seems to be plagued with problems as Holly Willougby collapsed to the floor in disbelief last week.

At first, Holly hilariously scolded the caller named Louise who answered "it's me" and told them, "No that's not the password. Hang up, Louise one rule!"

To which Louise uttered: "Bloody hell", leaving both presenters to immediately put their hands to their mouths in shock.

Trying to diffuse the rib-tickling situation, Phil admitted: "So sorry if she swore there but that's what I would say." 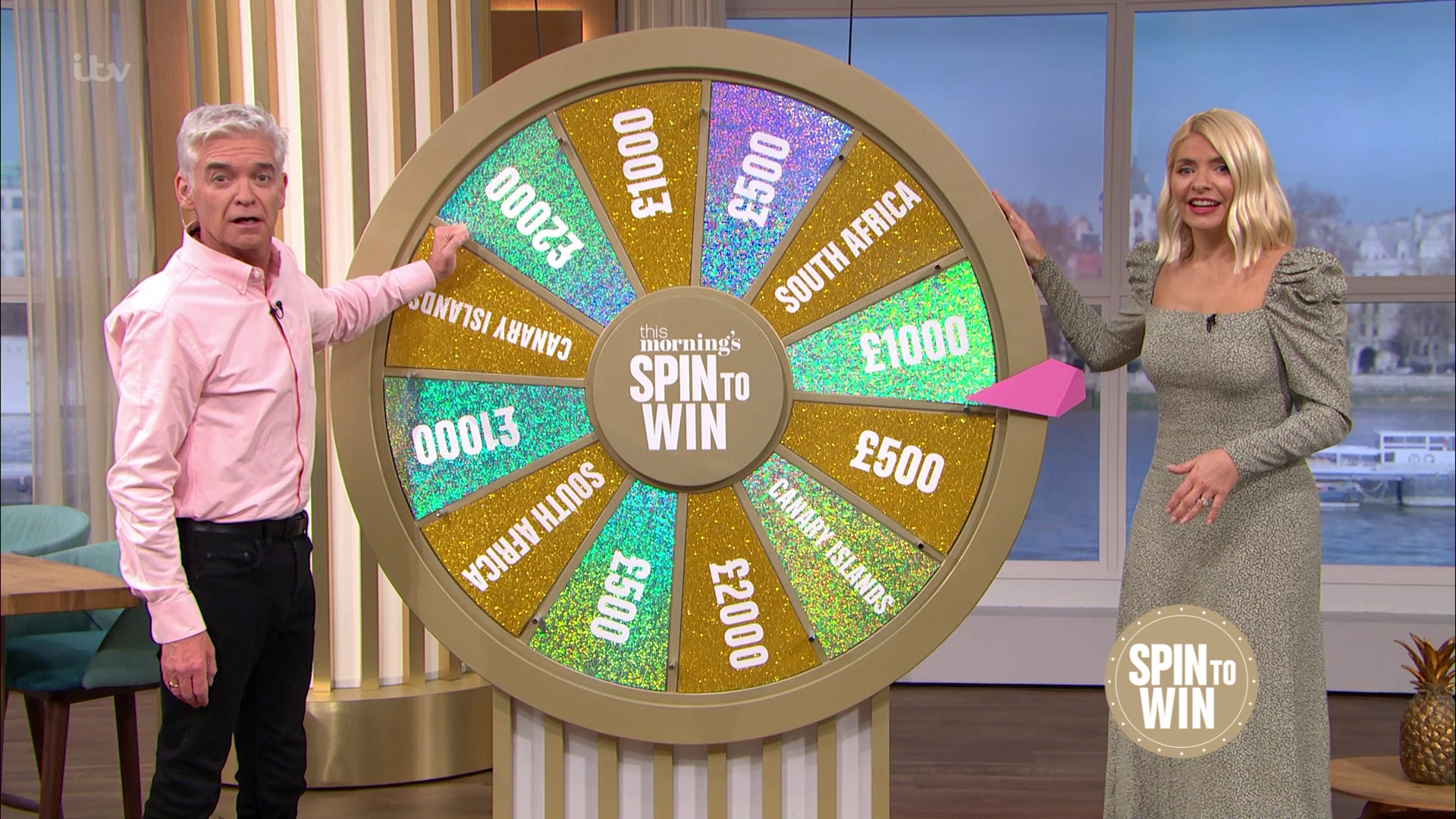 "Let's try again, we get cross but perhaps you don't get quite so cross," Holly said while laughing.

But that was only the tip of the iceberg for Holly as the game segment went from expletive to chaotic when 8 callers in a row failed to either answer their phones or say the correct password.

Getting into a hysterical state, the ITV darling eventually collapsed to the ground when their ninth and final caller Karolina failed to answer the question correctly to spin the wheel.