Home Secretary Priti Patel was answering Phillip Schofield and Holly Willoughby’s questions earlier today during her time on the This Morning sofa. At one point during the discussion, Holly was keen to find out how safe the streets of Britain are following the terror attack in Streatham, which resulted in two injured.“How safe are we right now? They’ve [terrorists] got through this loophole and they’re on the streets,” the host asked as Ms Patel hit back: “We are safe.”

“We have rightly so made the decision to end this automatic release for early prisoners for terrorist offenders,” Patel explained. “There are really important facts around what it will stop doing; it will stop terrorist offenders being automatically released as we’ve seen – those two individuals [ Streatham attacker and the Fishmongers Hall attacker] did not go in front of anyone halfway through their sentence.

“They were not assessed or checked over about whether or not they were suitable to be released [from prison].

“From my own view, we cannot keep having terrorist offenders, we need to stop them having this early release,” she added.

When asked what changes were going to be made, Patel continued: “They [terrorist offenders] will serve a full sentence,” to which Schofield clarified: “More time in prison?” 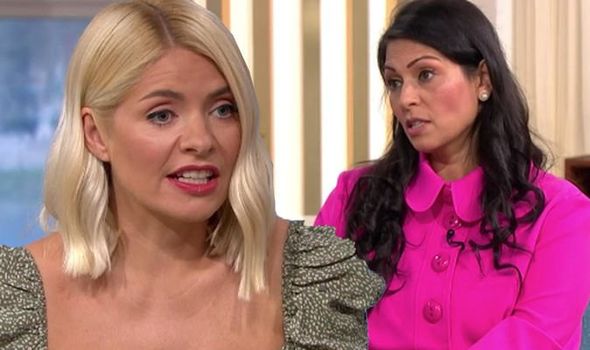 Patel revealed how the minimum sentence for someone convicted of terror offences would be increased to 14 years.

“We don’t get that right now, so we are changing sentencing to serve it as a minimum,” she said, explaining how the offenders would be “supervised and assessed” throughout their assessment.

“Changes to the law are not retrospective, what about the current prisoners – does it apply to them?” Schofield probed and Patel confirmed it would.

He added: “Why has it taken so long? You’ve been in your position [Home Secretary] for six months and there have been three attacks on your watch.”

Patel explained how the government was having to change the legislation and regime which can take a long time, and how prisons are also understaffed which means they cannot provide the correct rehabilitation, assessment or supervision. 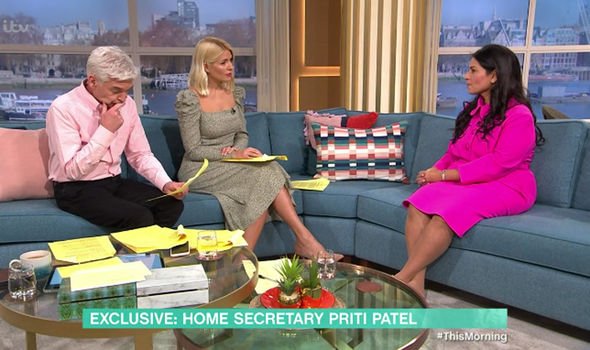 Currently there are 74 terrorist offenders walking the streets who are a concern to the government, and who are being watching similarly to how the Streatham attacker was, as well as 20,000 on a watch list and 3000 who are part of an active investigation.

“That’s a hell of a lot of manpower [policing]! Have they all got 20 people around them watching them?” Schofield asked.

After explaining how the government were ploughing money into resources to provide more safety for the public, Willoughby asked Patel outright: “How safe are we right now?”

“We are safe,” Patel stated calmly. “Because of the intelligence and security we have, the way we work together, we are safe.” 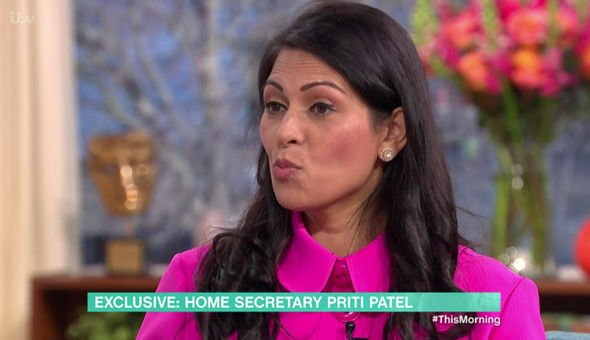 The introduction of legislation change comes after the government revealed plans “to ensure an end to terrorist offenders getting released automatically having served half of their sentence with no check or review”.

The announcement came just a day after an attack in Streatham, South London, when a convicted terrorist, later identified as Sudesh Amman, was shot dead by police after he attacked two people with a stolen knife.

The 20-year-old, who was jailed for possessing and distributing terrorist documents in December 2018, was freed from prison less than a fortnight ago and had been staying at a bail hostel nearby.

A former prisoner who spent time with Amman in Belmarsh high-security prison told The Times: “The guy was definitely insane and he never hid his intentions, so it’s crazy how he even got out of jail.”

The opinions of those watching at home were left divided. One said: “You know what I think Priti Patel has handled this interview amazing. She hasn’t buckled once, clear, cut and precise responses too. Well done @patel4witham #ThisMorning.”

“Future PM right there. @patel4witham. Priti Fine Patel. In touch with the people. #ThisMorning,” another added.

However, others remarked: “@piersmorgan Priti Patel had a soft ride on  #ThisMorning I can see why the government are avoiding #GMB.”

“Priti Patel not giving any answers really. How exactly will this legislation help? What exactly will this assessment be? Yes why has it took so long? The loop holes you talk about aren’t just loop holes they’re terrorist attacks! She just keeps saying anti terrorism! #ThisMorning,” someone else commented.