The Vampire Diaries ran for eight seasons on the CW, making it one of the network’s most popular and successful shows. The cast frequently changed due to the dramatic and supernatural nature of The Vampire Diaries, but a few actors were mainstays in the show for the majority of its run. And we have a list of who the highest paid actors were in the series.

Some salaries of ‘The Vampire Diaries’ cast is unknown

Unfortunately, there are a few cast members from The Vampire Diaries whose salaries weren’t made public. According to Screen Rant, this list includes Matt Davis, Zach Roerig, and Candice King.

Davis played Alaric Saltzman, who later went on to reprise his role in the spinoff, Legacies. Roerig starred as Matt Donovan, the human who refused to die. And King played Caroline Forbes, arguably the best vampire in the series.

It’s entirely possible that Davis, Roerig, or King made as much as the highest paid The Vampire Diaries cast members. Both Roerig and King were series regulars throughout the show’s eight seasons, and Davis was also a part of the main cast for the majority of the series. However, we might never know these three actors’ salaries. 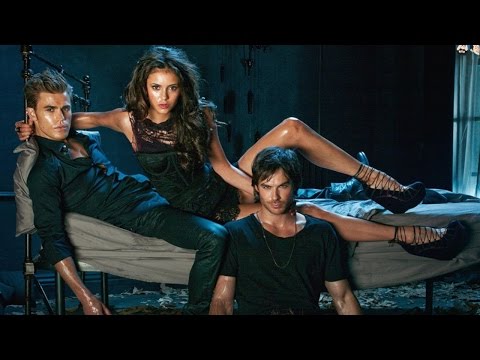 According to Screen Rant, Steven R. McQueen, who played Jeremy Gilbert, made $15,000 per episode. McQueen was a part of the main cast of The Vampire Diaries for six seasons, and he returned for the series finale. Jeremy was Elena’s brother/cousin, and he probably holds the record for most resurrections in the show. He also later became a vampire hunter.

Michael Trevino, who starred as Tyler Lockwood from season 1 till season 6, reportedly brought in $15,000 – $20,000 per episode. Tyler was the town hothead who turned into a werewolf in season 2, and he also became one of Klaus’ hybrids.

Surprisingly, Kayla Ewell, who played Vicki Donovan, made around $30,000 per episode. Ewell was a series regular in the first season, but her character died pretty early in the series. However, Vicki, who was Matt’s sister, would sometimes appear as a ghost over the course of the series.

And Kat Graham, who starred as Bonnie Bennett, earned $35,000 per episode by the end of the series. Graham was one of the series regulars in The Vampire Diaries cast, and the witch was arguably one of the most important characters in the show.

Who are the top 3 highest paid actors in ‘The Vampire Diaries’ cast?

It should come as no surprise to fans of The Vampire Diaries that the three highest paid cast members were Nina Dobrev, Paul Wesley, and Ian Somerhalder.

The three actors were the faces of the show, even though Dobrev left after season 6. Dobrev played Elena Gilbert, Wesley portrayed Stefan Salvatore, and Somerhalder starred as Damon Salvatore.

As reported by Screen Rant, Dobrev, Wesley, and Somerhalder each made $40,000 per episode by the end of The Vampire Diaries.

The Vampire Diaries is available to stream on Netflix.