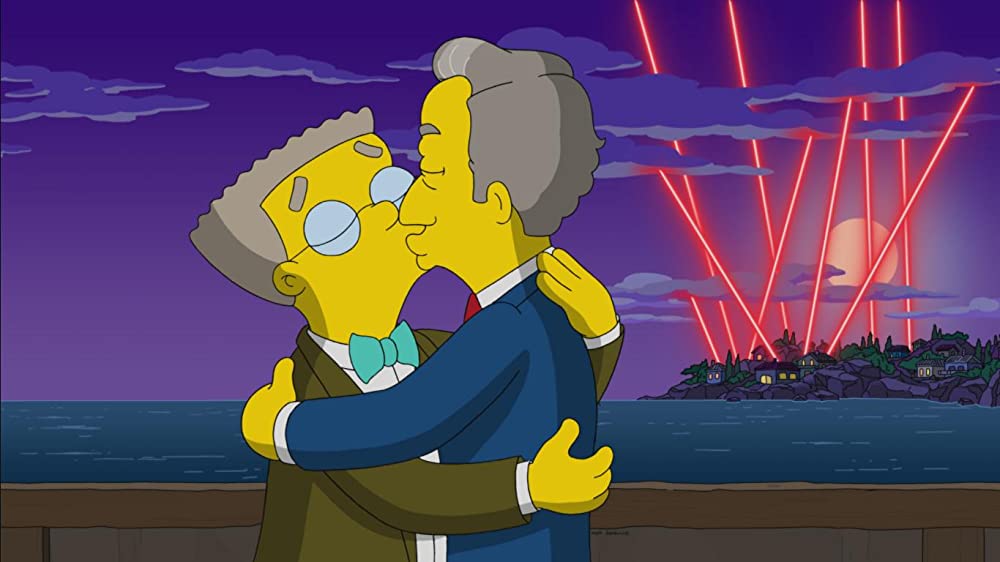 The Simpsons finally introduced Waylon Smithers’ first boyfriend last week, as the animation embarked on its first gay love story with one of its major characters.

Smithers has been a main player of The Simpsons since it started in 1989, but it took 27 years until he confirmed his sexuality.

Writer of the episode, titled Portrait of a Lackey on Fire, Johnny LaZebnik has now revealed how the episode came about.

‘When we, my dad and I, talked about writing this episode, something that was important to me was to see his relationship grow and flourish and to get those intimate moments of two gay people on screen talking about being gay or dating,’ LaZebnik told The AV Club.

‘To have a gay romance be the A-story of a Simpsons episode, I don’t think has ever happened. And that’s what was so exciting to me.’

Johnny, who identified as gay, served as a consultant for Smithers’ coming out episode, The Burns Cage, in 2016, written by his father Rob LaZebnik.

‘I think in many ways, he was really an impressive gay character to have early on, because he’s not sort of the stereotypical, flamboyant gay that you see in so many of these late ’90s cartoons,’ Johnny said.

‘He’s probably the most competent character on the show.

‘To just keep being able to add to that legacy, and to that story, is awesome. And I think we did a really good job in this episode of keeping true to his character while simultaneously fleshing out his existence as a real person.’

The Simpsons is available to stream on Disney Plus in the UK.