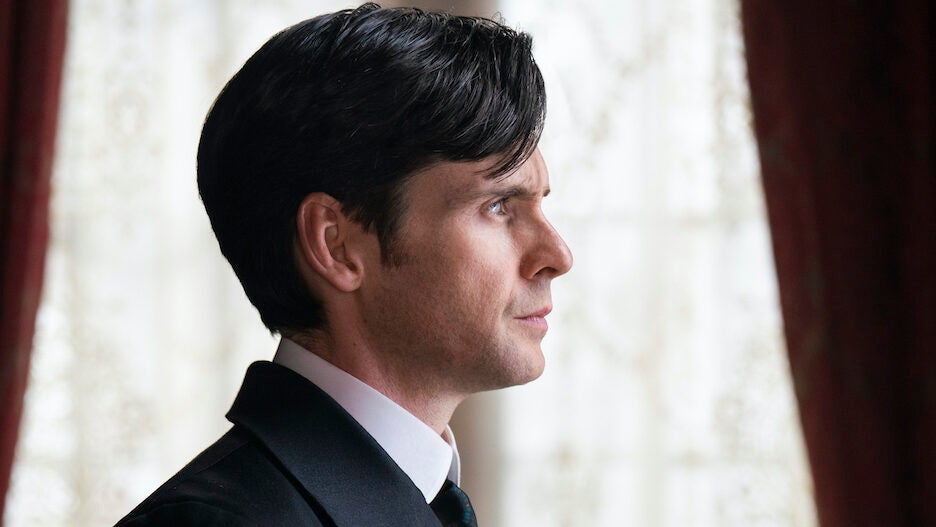 (Warning: This post contains spoilers through the Season 1 Part 1 finale of HBO’s “The Nevers.”)

HBO’s Joss Whedon-created fantasy series “The Nevers” concluded the first half of its first season Sunday with an episode that quenched fans’ thirst for knowledge about Amalia True (Laura Donnelly), her best friend Penance Adair (Ann Skelly), and the Galanthi, the mysterious being that bestowed powers upon them and thousands of other people in Victorian England.

One of those people is Augustus “Augie” Bidlow (played by Tom Riley), who spent the first six episodes of “The Nevers” coming to terms with the fact he has a “turn” at all – and a rather special one at that.

Here TheWrap speaks with Riley about the Season 1, Part 1 finale and where things go from here for Augie and his bird-mind control power, as well as his budding romance with Penance. 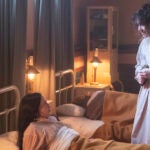 Now that we know the Galanthi came back from the future to Victorian London, bringing “Stripe” into Amalia’s body and raining spores down on so many people, including Augie, to give them very specific powers, what do you think the reason behind Augie’s ability is?

In that final episode, you learn that the notion of spores in the future, what they kind of did to like Knitter and those other people who were trying to support the Galanthi, it enhanced their empathy. It seemed to just sort of make them better versions of themselves. And for whatever reason, in the future – this is me speculating – but for whatever reason in the future, that did not necessarily lead to the best outcome for mankind, seemingly. So there is a possibility that the Galanthi is trying something else in the past. This is pure speculation, I do not know this one way or the either. But it’s either gone wrong, or there is a grander plan at work. And it certainly appears to be enhancing things inside people that were already there. And with Augie, for me, the byword for Augie, from the very beginning when I initially signed on to the job with “patience.” I was told, just be patient. And which then, of course, the COVID pandemic and splitting the season into two made it the most patience I’ve ever required for anything. And Augie’s journey to what this turn is is going to be – he’s going to make a very slow discovery and the audience is going to go along with that discovery of just how potentially powerful what he has inside him could be. Because it certainly starts, the first episode, with him thinking, “Oh, there are just kind of birds following me. I don’t know about that. I don’t like it.” And then you get a brief glimpse in the sixth episode of him managing to use that power in a far more impressive way than we’d seen previously. So it’s going to be his journey towards understanding what he is capable of – both in his turn and socially and with who he is.

In Episode 5, Augie makes the choice to go with Amalia’s team to try to find and communicate with the Galanthi, rather than join Penance’s mission to attempt to save Maladie at her public hanging. We haven’t seen the two reconcile since the teams came back together, so what can you tell us about where things are headed for the potential couple now?

Obviously, everything has slightly changed – potentially. I knew why he chose Amalia’s mission in the previous iteration of the show. And I don’t know if I still stands, but certainly for him, it was a chance to show some backbone. As he mentioned, he’s been practicing with the birds. He knows he is needed for Amalia’s mission and he can’t quite get onside with Penance’s. I thought it was the more interesting choice, as well, just from a narrative perspective, not just to put them at odds, because it’s just to show that he’s not going to go wherever the wind blows him for the first time. And I hope they have a conversation about it. I haven’t read the next episodes yet, but I do hope there is a, “Why did you do that to me?” And he gets a chance to explain himself and their relationship can move from a sort of slightly surface “We both are obsessed with things to other people aren’t obsessed with, isn’t that exciting?” into having a little bit more depth to exactly who they are and how they could potentially move forward together.

Why is Augie so intent on keeping his Touched status secret from his older sister, Lavinia Bidlow (Olivia Williams), who is publicly an advocate for the Touched – but unbeknownst to everyone, including Augie, working on some experiments on them and the Galanthi with Dr. Hague (Denis O’Hare)?

Augie has also kept it from Hugo (James Norton). I think he is keeping it from anyone who he isn’t certain will be on his side. He really has only told other people who are in this position. In the very first episode, when you hear the very idea of somebody being Touched, what does that mean? And why am I, a man who is white, upper class and privileged, afflicted and this seems be a an affliction to those who do not have the things that I’m lucky enough to be surrounded by – and what does that mean about me? Does it mean that I am truly as much of an “other” as I always felt I was inside? And so I think he’s struggling with that. And certainly, Hugo calls him the “second son,” which he technically is to his sister, because she’s inherited everything. And to some extent, Augie thinks she probably should have, because Augie doesn’t think he’s cut out for it. So I think the idea of telling her that he’s different, when she is already dismissive of the fact that Penance is Irish, let alone the fact that she’s Touched, I think he’s very worried as to whether he will be cast out in a similar way. And if not that, then he will have to face up to the truth that he’s as different as he feels he might be.

“The Nevers” new showrunner, Philippa Goslett, is working on the second half of the season now. What can you tell us about where the show goes from here?

We were very proud of Episode 6, just solely because it felt like a reward to anyone who had really been paying attention at that point. If you go back and watch the first five, it’s all there. Even Maladie, the insanity that Maladie (Amy Manson) seems to be spouting, if you go back and rewatch it, it kind of actually makes the most sense of anybody. She’s really just talking about what happened and telling the audience straight up. So from here, now it’s kind of opened up wide again. I do know what direction Audie is going, I’ve known for two years now, since we started, I do know what direction I was going. I have known this for two years now whenever we started – so I can’t speak to where he’s going, but I know where he’s going. As far as the show, I know we want to really dig down into the characters now. We’ve sort of properly set up what felt like a kind of very grand and ambitious prologue. And I feel like we can now really start digging into the characters, which is going to be exciting. Philippa is very interested into digging into who these people are and what their connections are.