Weeks of fan theories and clues about the country-rocker’s involvement with the Fox show were confirmed with his elimination. 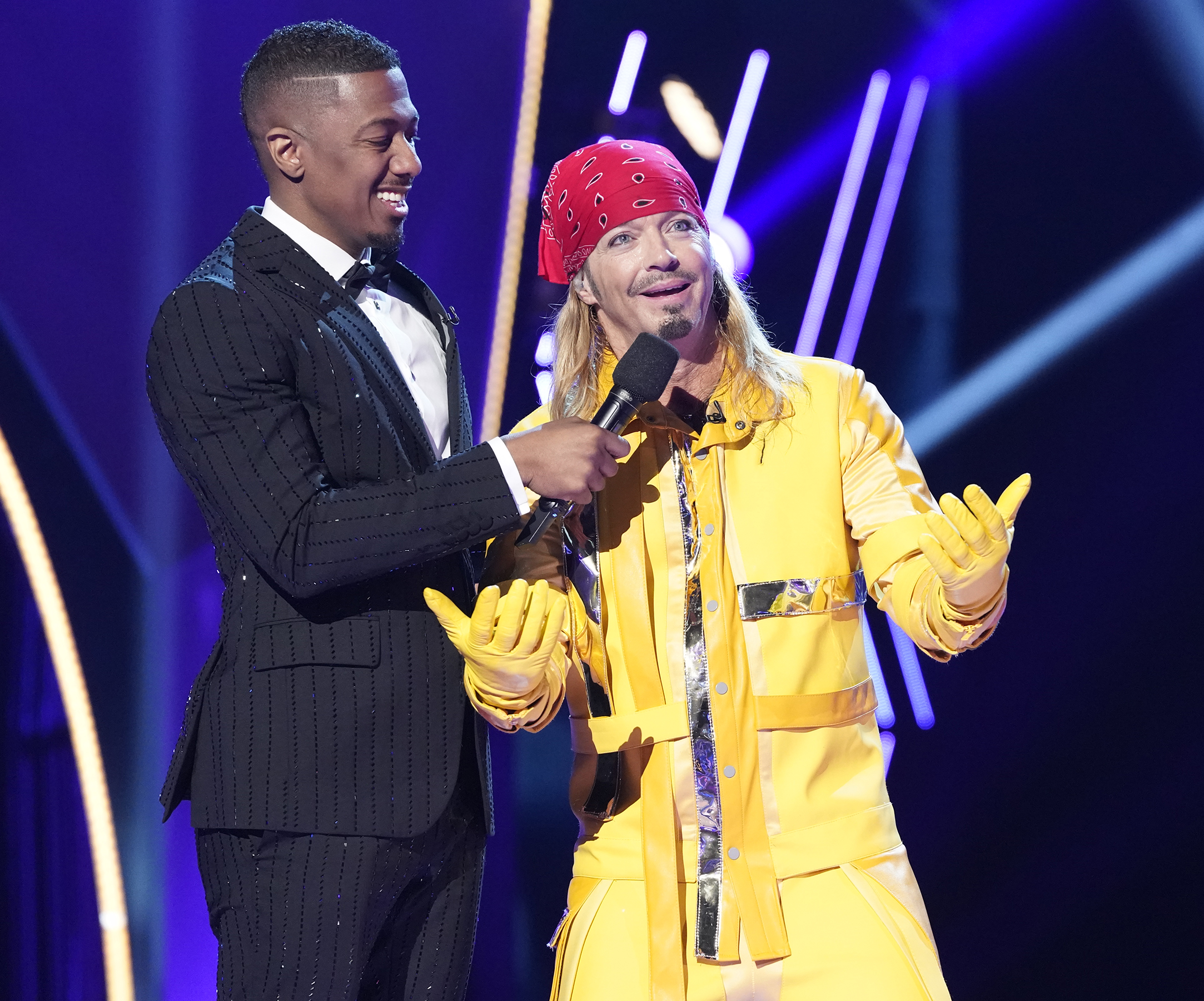 Four masked contestants hit the stage to perform and share new clues about their identities in In part 2 of “The Mother of All Final Face Offs.”

Frog faced off with Kitty, and Banana went up against Rhino.

In the end, the singing fruit couldn’t slip past the competition to nab a win.

Banana’s rendition of Bob Dylan’s Knockin’ on Heaven’s Door wasn’t angelic enough to save himself from elimination, despite starting off on the piano and ending with a powerful standing performance. 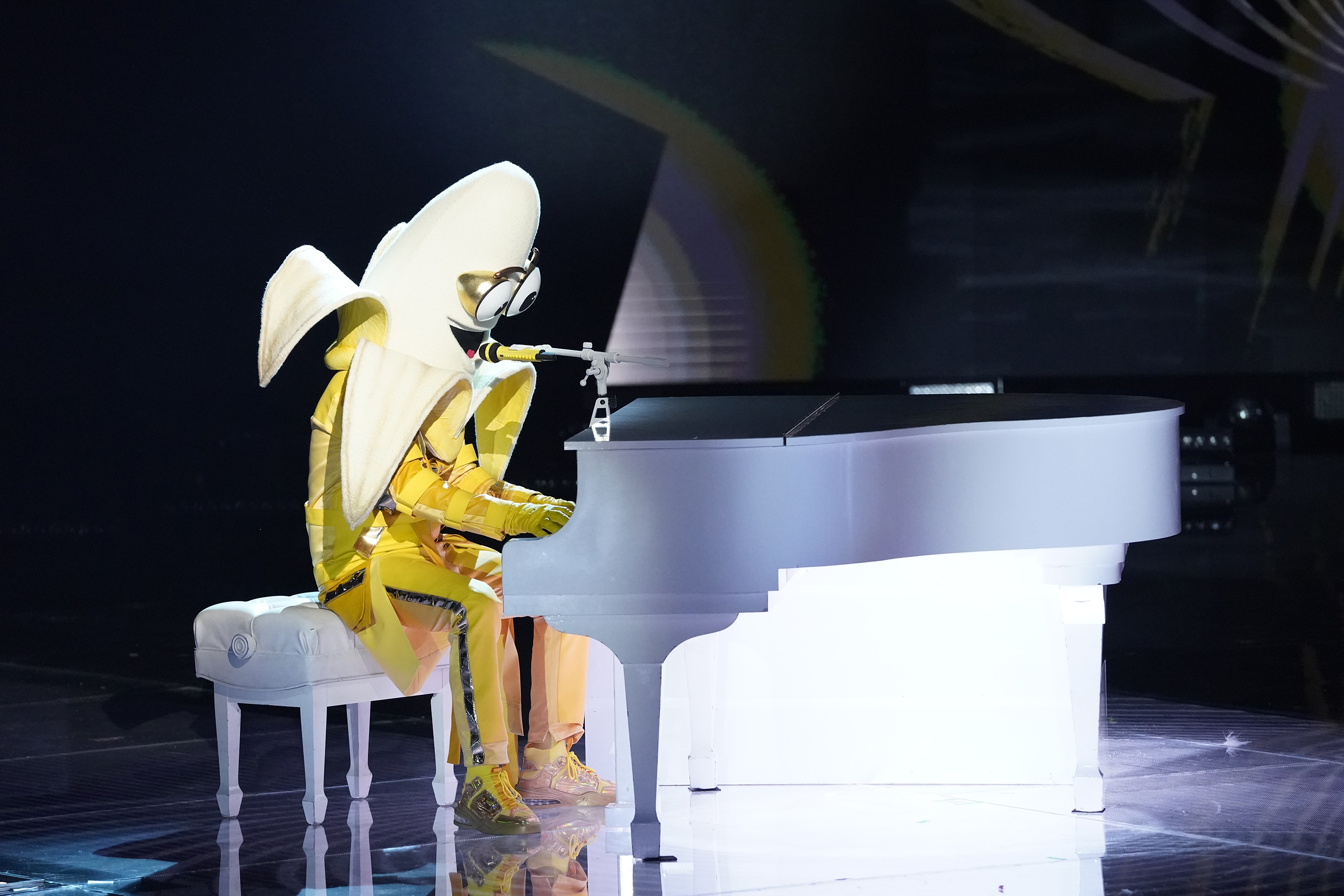 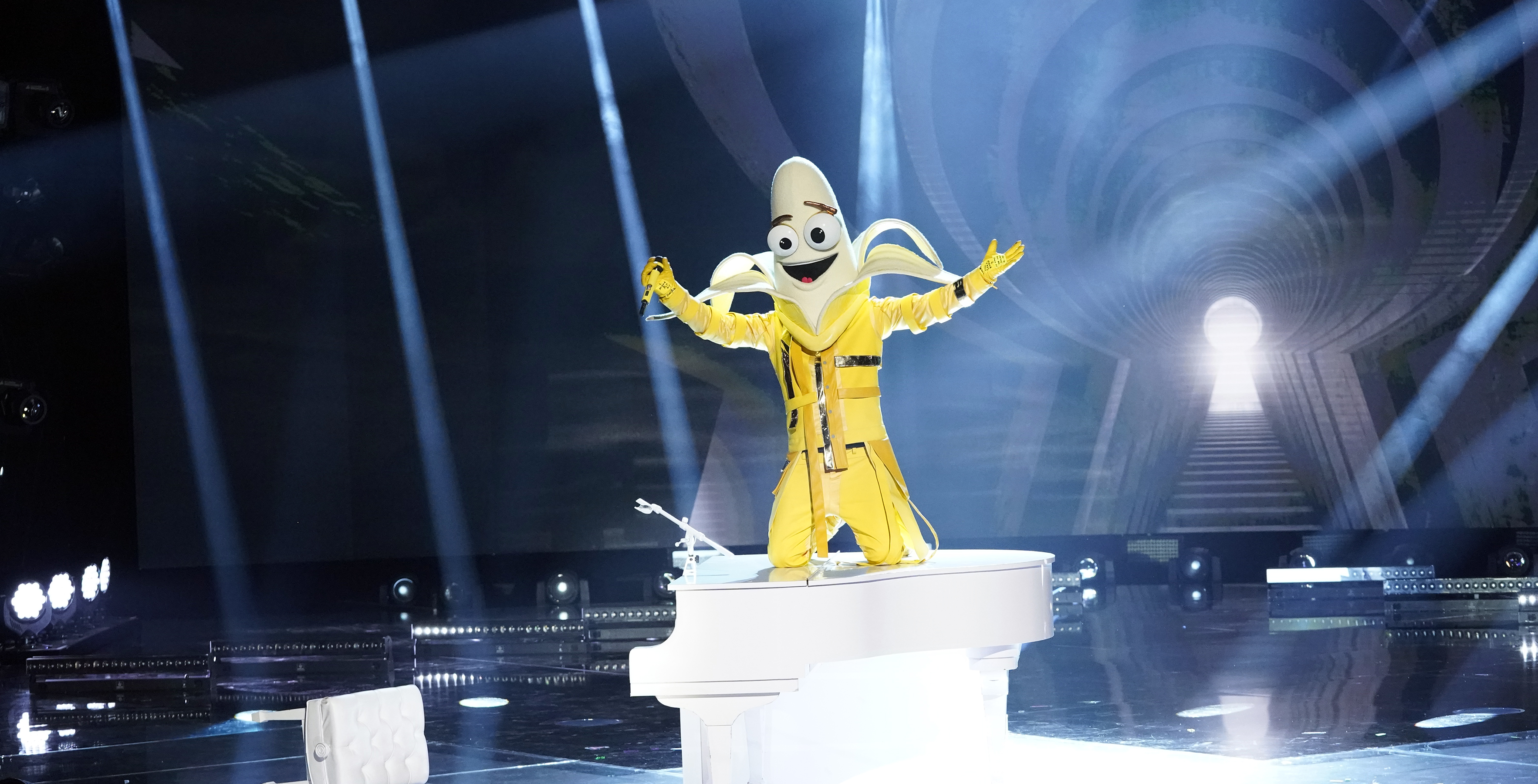 Fans have guessed for weeks it was Bret under the mask, and the new clues only added even more evidence of that theory being true.

The leopard-printed backstage pass might’ve been a reference to Poison’s multiple tours with Def Leppard.

The bug spray, as panelist Robin Thicke mentioned, is poisonous, like the name of Bret’s band.

For the Nashville badge, the word “sheriff” wasn’t as important as the shape of the item, aka a star, as the singer was a judge on the country singing reality show Nashville Star. 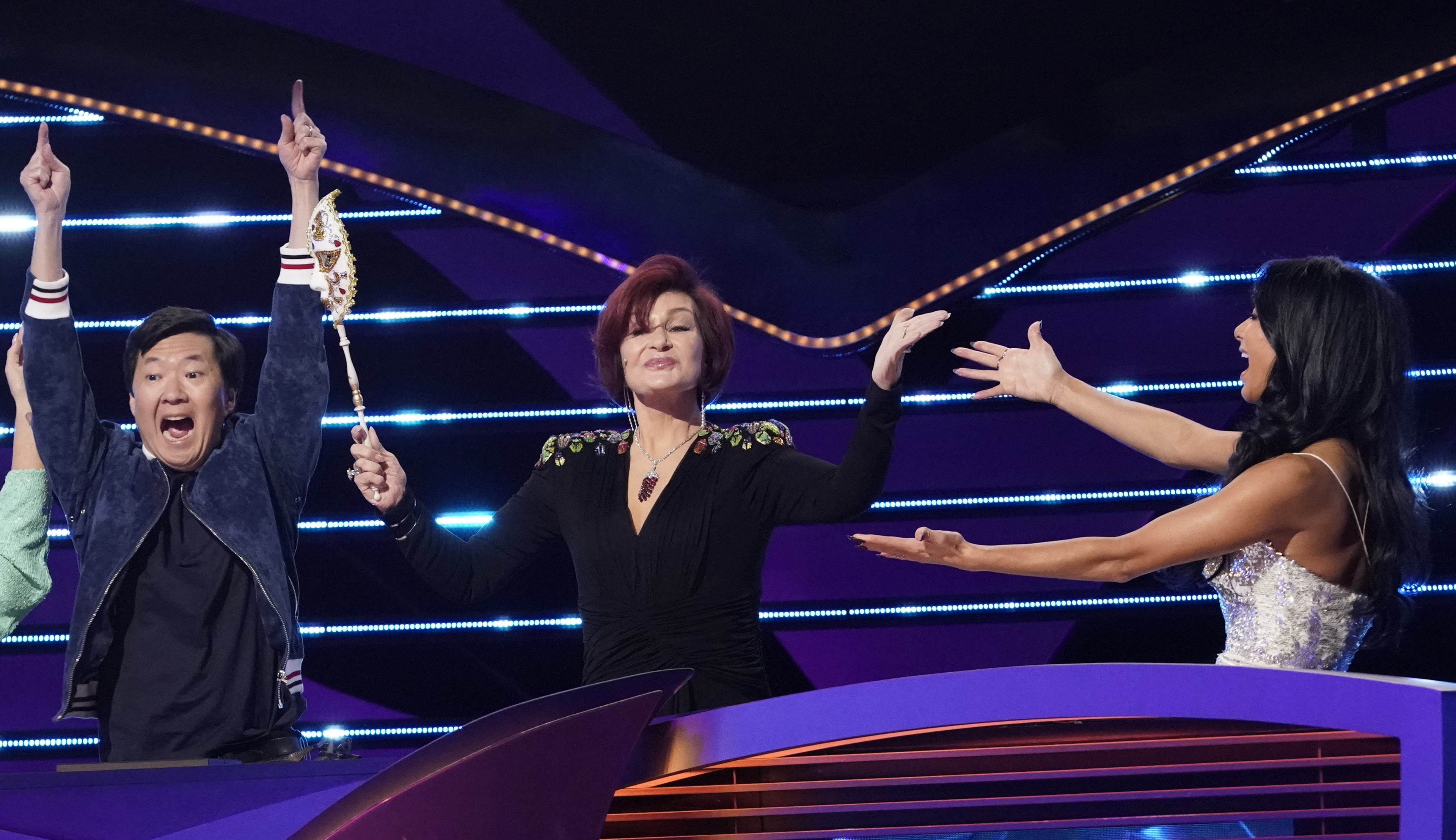 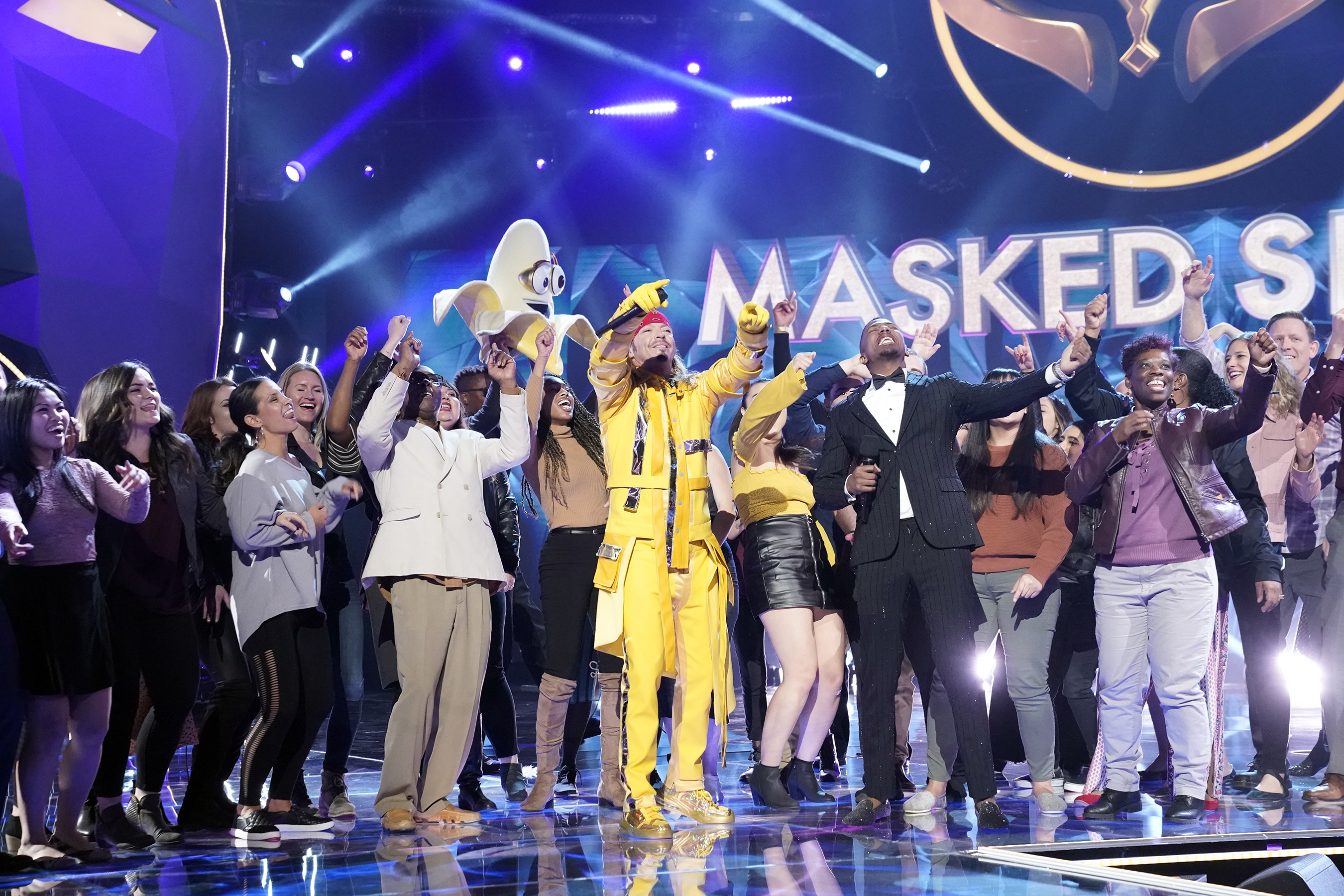 Panelist Jenny McCarthy also guessed it was Bret in the Banana costume and noted the CAT scan in the clue presentation likely hinted at the rocker’s past injuries — including a mishap at the 2009 Tonys and a 2010 brain hemorrhage.

He was sent home at the end of the night but not before taking off his mask, revealing his identity as Bret Michaels and singing for the audience and judges — including guest panelist Sharon Osbourne — once more, without a mask. 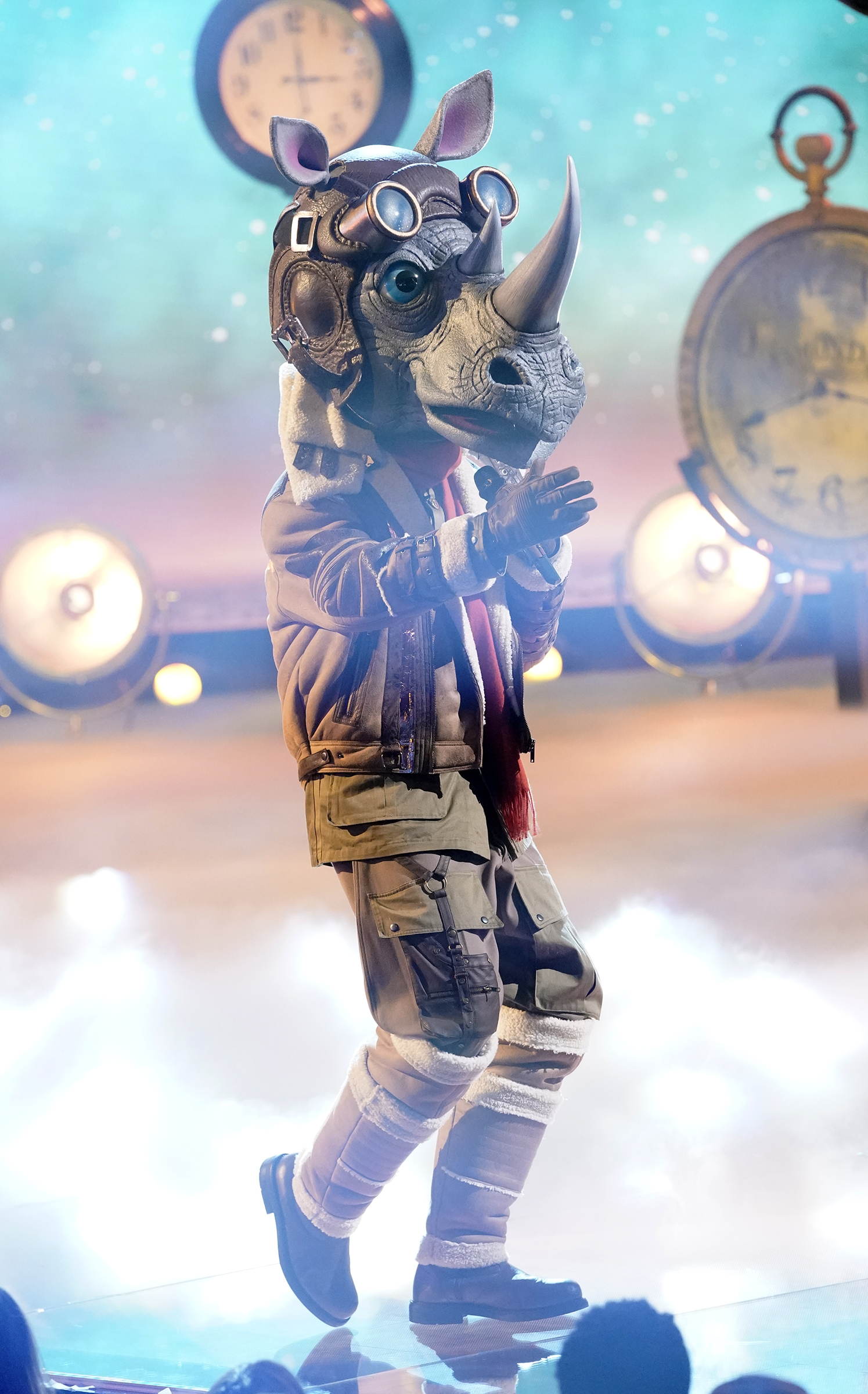 The winner of The Masked Singer will be crowned during the season 3 finale on May 27.

Until then, one costumed celebrity will continue to be unmasked at the end of each new episode.

The show airs on Wednesdays at 8 p.m. on Fox, followed by its new after show, After the Mask.