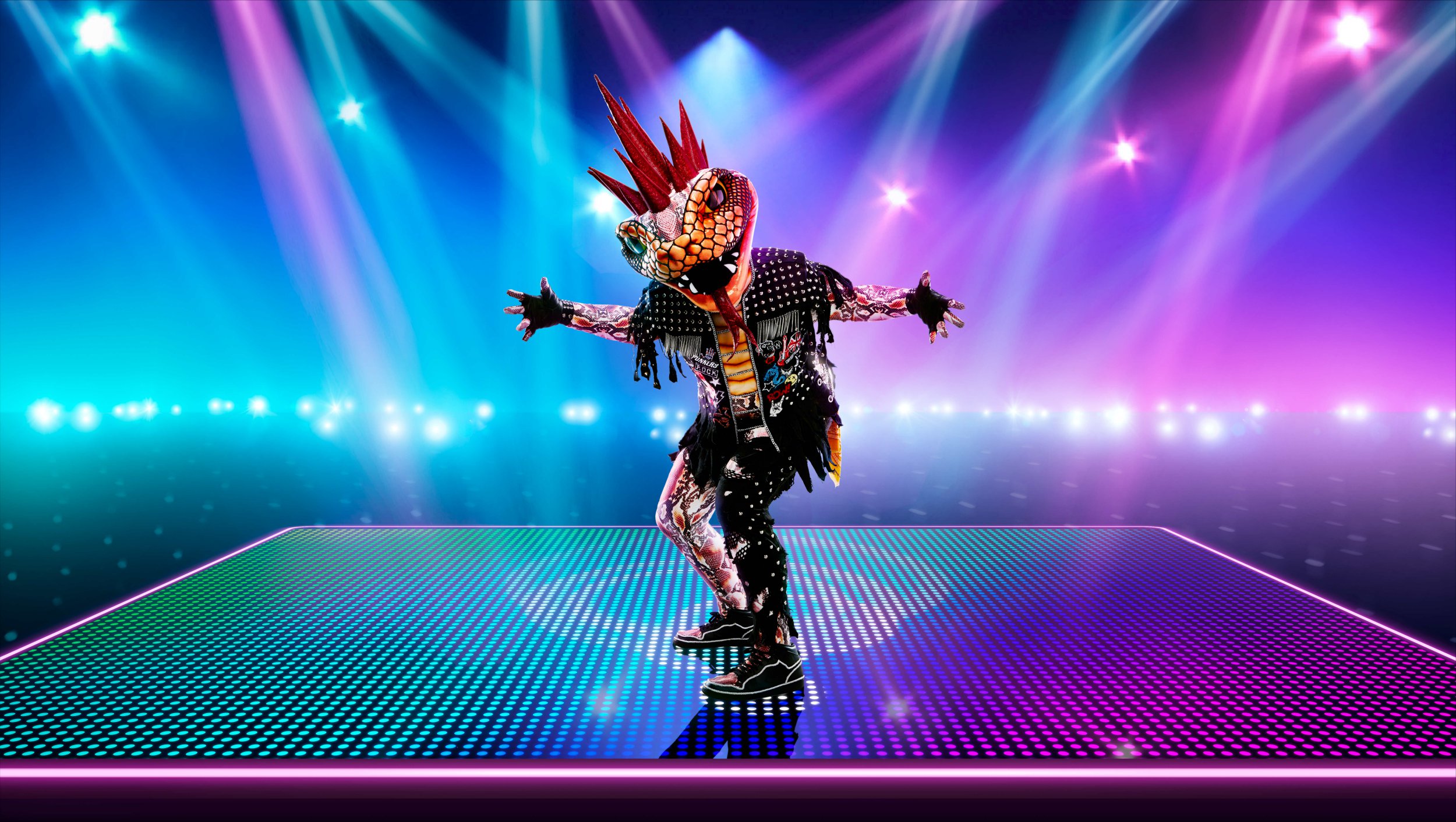 The Masked Dancer’s Viper has been unmasked as Jordan Banjo as he became the first celeb to be eliminated.

In a slightly shocking first exit, pro dancer and Diversity star Jordan failed to impress the audience and judges Davina McCall, Jonathan Ross, Mo Gilligan, and newbie Oti Mabuse on the first ever episode of the show.

However, he had a blast on the chaotic series, explaining he took part because the last year has ‘not been fun’ for anyone – plus he admitted it was all worth it after being compared to Anthony Joshua on the show.

He definitely brought a bit of fun to the competition!

Asked what his thoughts on the panel were, Jordan, 28, explained: ‘I love the panel, I love that it’s not treated like some super serious dance show but as a fun, feel good guessing game.’

He added of being the first to leave: ‘Of course, part of me was gutted but also relieved!’

What were the clues?

The Masked Dancer airs every day this week, and is based on the wildly popular format of The Masked Singer, which has seen stars including Sophie Ellis Bextor, Mel B, and Nicola Roberts compete.

Safe to say it’s brought a bit of chaos back to our Saturday nights.

The costumes for the series have been unveiled, and with the likes of Carwash, Zip, Rubber Chicken and Knickerbocker Glory all taking part, they’re just as wacky as the different identities we’ve already seen on The Masked Singer.

Joel Dommett is hosting the series, while it’s up to the panel of four judges to guess the celebrities’ identities.

A UK adaptation of The Masked Dancer was commissioned due in part to the success of the original American version, which began airing its first season on Fox last December.

The Masked Dancer returns tomorrow at 7:30pm on ITV.

For more stories like this, check our entertainment page.

Follow Metro.co.uk Entertainment on Twitter and Facebook for the latest celeb and entertainment updates. You can now also get Metro.co.uk articles sent straight to your device. Sign up for our daily push alerts here.