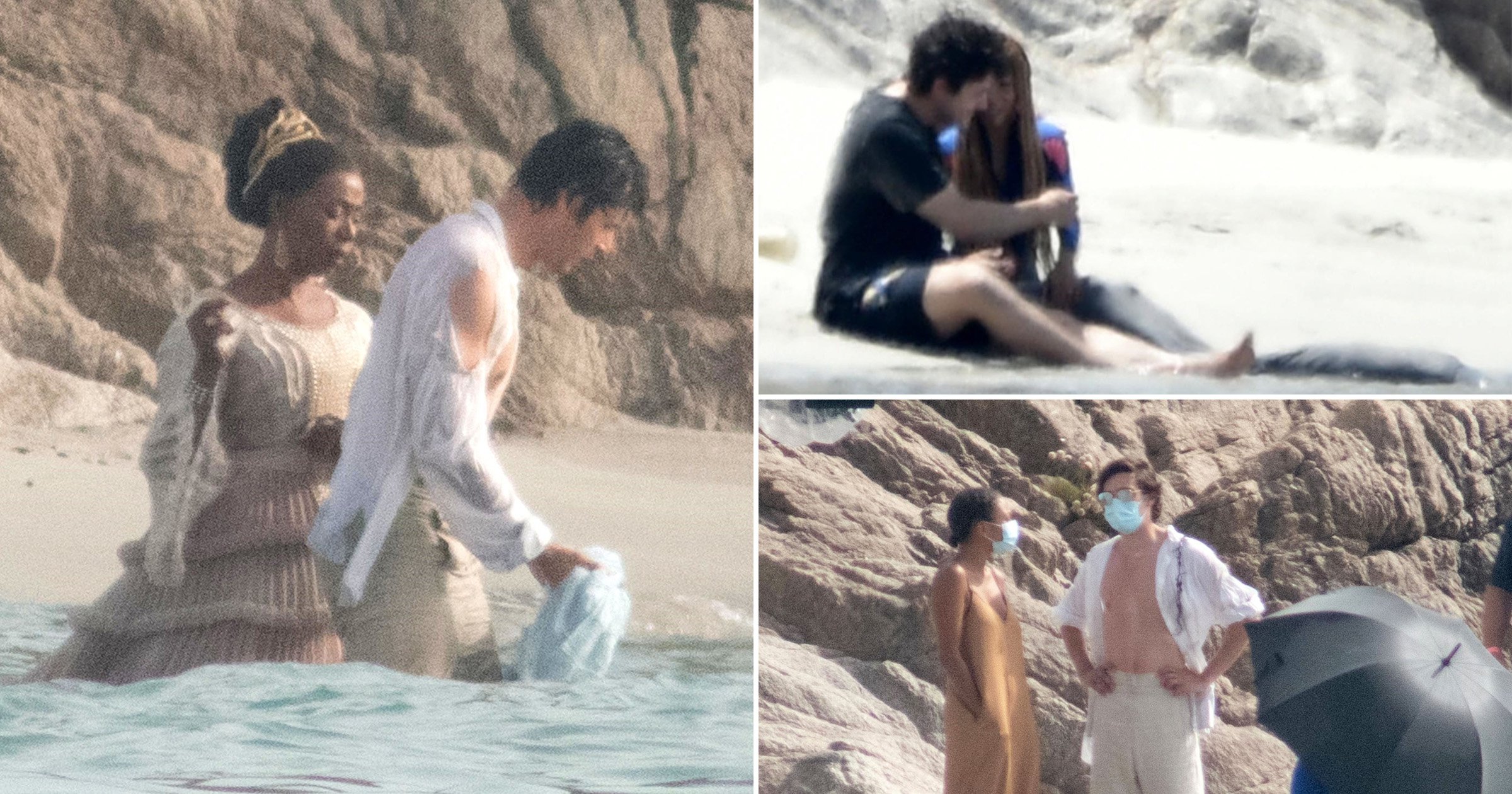 The Little Mermaid fans have been given a first glimpse of filming, and it already looks magical.

Chloe X Halle star Halle Bailey stars as Ariel, with the 21-year-old looking every bit the part as she recreated famous scenes from the Disney classic.

The character is seen preserving her modesty as she makes her way on dry land for the first time, donning a dress made out of scraps from a ship.

Halle also rocked a waist-length red wig as she took on her scenes, paying homage to the original character, who was voiced by Jodi Benson.

However, things seem to go down a little differently in the remake as Ariel is seen hitching a ride to town in a wagon, instead of instantly falling for Prince Eric, who is being played by Jonah Hauer-King.

In other shots, Halle and Jonah were seen filming on the beach, with their characters looking deep in conversation.

The highly anticipated film is directed by Rob Marshall and features an all-star cast including Melissa McCarthy, Daveed Diggs, and Awkwafina.

Meanwhile, in the snaps, the crew looked to be taking no chances as they adhered to Covid-19 protocols, masking up on set.

The Little Mermaid is based on the tale by Hans Christian Andersen, and follows a young mermaid who strikes a deal with sea witch Ursula to give her legs after falling in love with a human.

However, as part of the deal, Ursula takes Ariel’s voice and has a cunning plan of her own as she also heads to dry land.

Halle was cast as the iconic character in 2019, with director Rob saying: ‘After an extensive search, it was abundantly clear that Halle possesses that rare combination of spirit, heart, youth, innocence, and substance — plus a glorious singing voice — all intrinsic qualities necessary to play this iconic role.’

The actress described the opportunity as a ‘dream come true’, while the original Ariel, Jodi, also supported the casting.

‘I think that the spirit of a character is what really matters,’ Jodi said at Florida Supercon.

‘And the outside package – cause let’s face it, I’m really, really old – and so when I’m singing Part of Your World, if you were to judge me on the way that I look on the outside, it might change the way that you interpret the song.

‘But if you close your eyes, you can still hear the spirit of Ariel,’ she said. ‘We need to be storytellers.’

The Little Mermaid does not yet have a release date.