Created by Sherman Barrois, who serves as showrunner, The Kings of Napa is focused on a picturesque Napa Valley, California vineyard owned by the Kings, an aspirational African American family whose wealth and status lands them on the pages of design magazines and society pages. The wine business has brought the family success and acclaim, but following the patriarch’s sudden exit from the company, his three children must grapple for the reigns to the kingdom — to their own power, wealth and legacy. 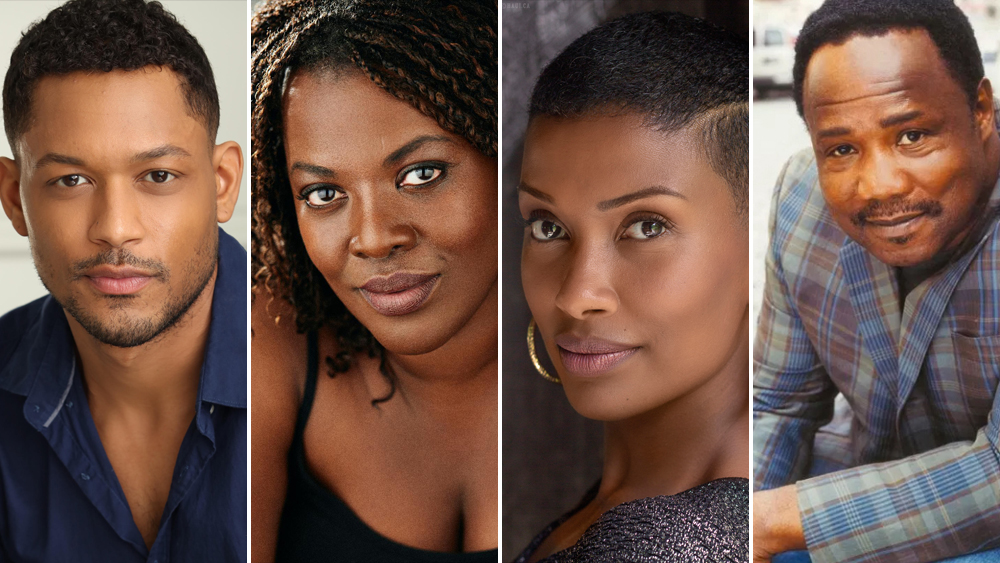 Brian plays Christian King, August King’s (Ebonee Noel) younger brother with swag who manages the winery’s bottling facility but knows little about growing grapes. His real passion is trying to get his bourbon business off the ground, but when the family suddenly needs his help with the vineyard, Christian is thrown into the deep end and may not be able to survive.

Parikh portrays August’s aunt, Melanie Pierce. She is a perennial fibber with a penchant for exaggeration who is usually off to some remote locale to help save the world as a nurse for Doctors Without Borders. Now back in the States, she returns with a firestorm that threatens to change the King family forever.

Hamilton recurs as Kelvin Johnson, August’s boyfriend from high school who now works as a lawyer representing Melanie Pierce. When Kelvin and August reconnect over business, it’s clear that their chemistry is undeniably electrifying, even if he is married.

Simms plays Yvette King, Reginald’s self-possessed, flamboyant, imposing sister who owns a wig business. Knowing her to be a savvy businesswoman, Yvette’s brother names her VP of sales at the winery.

Whitlock is Reginald King, the husband of Vanessa King (Karen LeBlanc). Though Vanessa and Reginald seem to have had the picture-perfect marriage, she is stunned to discover things about his past that now leave her hurt, angry and betrayed.

Brian can be seen in the Sundance feature The Forty-Year-Old Version, as well as Netflix’s Family Reunion, All the Queen’s Men and the upcoming Amazon series Harlem. He’s repped by
Stewart Talent and Seven Summits Pictures and Management.

Parikh, known for her early work on In Living Color, Martin and The Fresh Prince of Bel-Air, can most recently be seen in Newscaster Morgan, Aquaman and Grey’s Anatomy.

Hamilton’s credits include the role of Dr. Dre in Surviving Compton for Lifetime and will be seen later this year opposite Anna Friel and Kelsey Grammer in indie film Charming the Hearts of Men. He’s repped by Innovative Artists.

Simms was most recently seen in the Pulitzer Prize–winning production of Fairview. She also appeared on Broadway in Ma Rainey’s Black Bottom, A Raisin in the Sun, and Gem of the Ocean. Her television and film credits include Luke Cage, Blue Bloods, Vampires vs. The Bronx and Red Hook Summer, among others. She’s repped by Buchwald and Vic Ramos Management.

Walkes will next be seen in next be seen in the upcoming feature Orphan: First Kill, a prequel to 2009 horror film Orphan. Prior to the pandemic-related closure of Broadway theatres last year, she had joined the ensemble cast of the long-running hit musical comedy The Book of Mormon.

Whitlock recently starred in the Showtime limited series Your Honor, opposite Bryan Cranston, as well as in Spike Lee’s Da 5 Bloods on Netflix. He previously starred in The Wire and can be seen in Spike Lee’s She’s Gotta Have It, Veep and Lucky 7. He’s repped by CornerStone Talent Agency and Liebman Entertainment.