With the release date for the next episode of The Grand Tour still up in the air from Amazon Prime Video, fans of James May, Jeremy Clarkson and Richard Hammond are looking for their next lockdown binge watch. And ‘Captain Slow’ is hoping to fill the void with his all-new cooking show, Oh Cook, in which he ditches the racetrack for the kitchen and gets to grips with some unique and complex dishes. However, speaking to Express.co.uk, James admitted he was left slightly irked by the crew during one particular instance in filming.

James decided to record his very own cooking show in what started as “a bit of a joke” earlier this year.

“I sort of always quite fancied doing it ever since I did some YouTube videos of cooking,” the Grand Tour host said. “When I was essentially unemployed,

“And the people I work with regularly, (the) director, the crew and so on, talked about it for several years, but as a bit of a joke.

“And then we thought, ‘Well, why don’t we actually do it? For real? We’ve got a little bit of spare time.’” 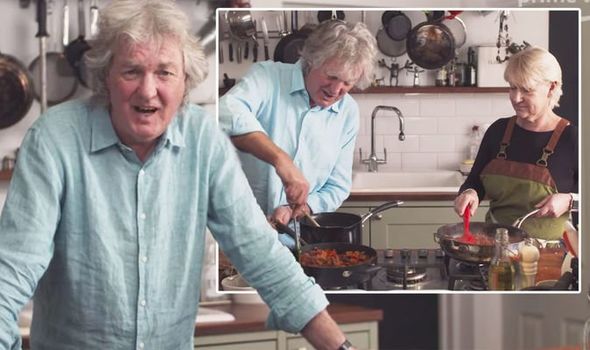 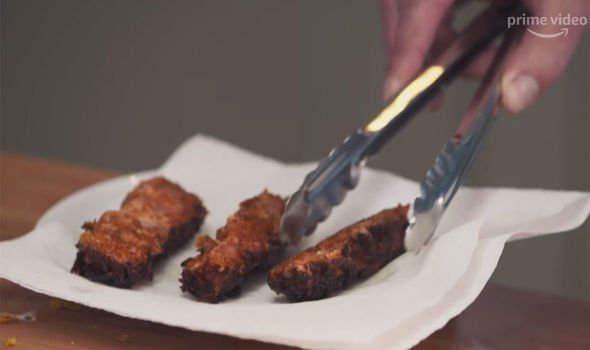 However, James revealed that when the filming got underway and he began to demonstrate his skills, not everyone was as keen by his creations as he was.

When asked if there were any dishes the cast and crew turned down, The Grand Tour star said: “Some of them, they were more enthusiastic about it than others so…

“Everybody was interested in the Spotted Dick [laughs]. Everybody wanted the roast chicken when it was finished and when we actually had that as our late lunch.

“Other bits they did – I mean, the trifle, they sort of had a spoonful and said, ‘Yeah, that reminds me of being a child, you know, in miserable 70s Britain,’” 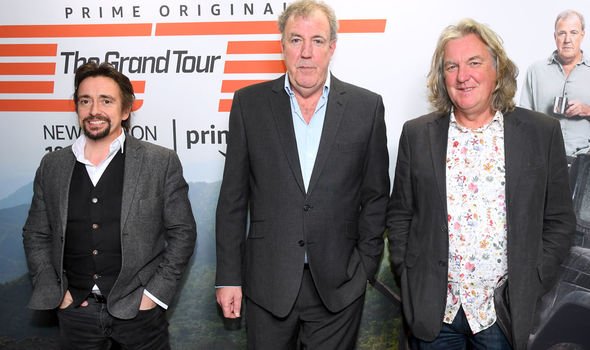 The former Top Gear host went onto detail how the crew irked him, however, when they opted for something different than what he’d rumbled up

“And there was – I can’t remember which one I was making there – but it was something,” James continued.

“It was like the pie or one of the pastas, something quite big that everybody could eat.

“Just as it was ready, there was a ring on the bell of the studio because one of the production assistants had ordered pizzas for everybody.”

James jokingly added: “So all these pizzas turned up after I just cooked this fantastic thing and I thought f**k you then [laughs].”

Nevertheless, it hasn’t put James off cooking as he hinted he’d be open to a second season of the show – whether people like it or not.

“I’d love another go at it, yes,” he said. “We’ve planned the second series just in case. We’ll get a bit more adventurous.

“We won’t start getting into breeding our own cows or anything like that, but we will look more closely at things like health food, diets, going a bit more deeply into you know, using spices, trying to do a few more things from scratch and actually learning the basics of those things.”

He continued: “So I’ve got quite a few ideas sketched out. I would love to do another one. It’s great fun to do. It’s not easy.

“I find it actually very difficult and I was always really knackered at the end of the day.

“But logistically, it’s not too bad at the moment because it doesn’t involve any exotic travel. I’ve got to go from West London to North London to a studio kitchen. It’s a very COVID-friendly production.

“It’s – we could do it pretty much as we did it last time and still meet all the health requirements. So I’d love to do another one – I might just do it anyway, put it on YouTube if nobody wants it.”