The latest family version of The Chase saw the Fuller family from Maidstone take on Mark ‘The Beast’ Labbett in the hopes of taking home some serious cash. Grandparents Lynda and Robin were joined by their two granddaughters Amelia and Gabriella as they faced off against the Chaser with Bradley Walsh once again providing the questions on the ITV quiz show. However, as Amelia stepped up last to take on The Beast, Bradley had to put an end to noises coming from the players behind her.

The Fullers were in fine form tonight with all four making it back to the Final Chase against Mark.

Robin was first up and sailed through with £5,000 to add to the prize fund.

Lynda was next up and joined Robin with £1,000 while Gabriella impressed by taking £6,000 through.

The youngest of the family, Amelia, was last up and shocked Bradley and The Beast by opting for the whopping big offer: £68,000. 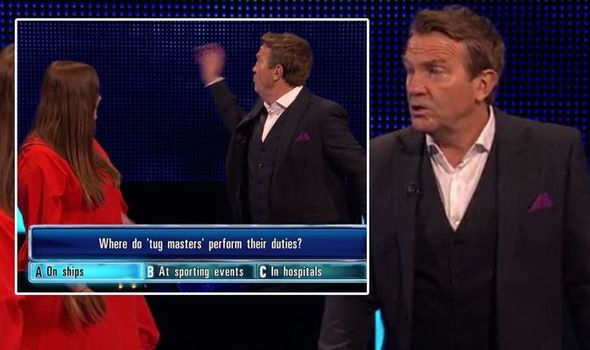 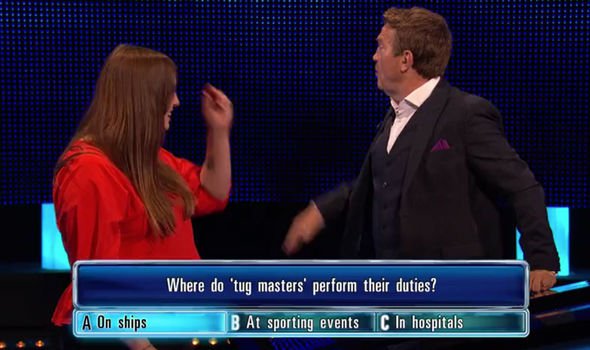 Excitement levels were high in the ITV studio as Amelia answered her first few questions without a problem.

As such, Bradley began pacing around the studio while Amelia’s family cheered behind her after each question.

However, Bradley was forced to step in and try and calm proceedings down as Amelia neared a spot in the Final Chase.

Bradley had asked the 23-year-old: “Where do ‘tug masters’ perform their duties?” 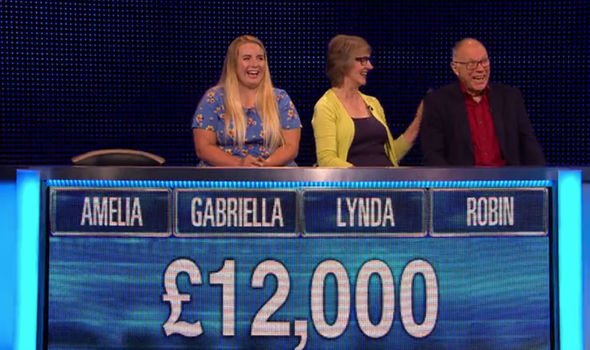 The possible answers for Amelia were A) On ships, B) At sporting events, or C) In hospitals.

Without skipping a beat, Amelia secured her answer of A) On Ships.

Before Bradley could ask for an explanation from the player, a voice could be heard from the behind them as grandfather Robin shouted: “Yes!”

Robin and his family saw the funny side of Bradley’s warning as they shared a laugh.

The Chase frontman then admitted he was feeling a similar sense of excitement as Amelia’s grandfather was.

He added: “We’re so excitable you and I!”

Bradley revealed Amelia was indeed correct and after a few more right answers she joined her family in the Final Chase.

The Fullers’ fine form transferred into the last round as they racked up a respectable 17 steps.

Sadly, however, The Beast was equally on his A-Game and caught them with 13 seconds remaining.

The Family Chase continues every Sunday on ITV.