Season three of The Crown has been released on Netflix and sees creator Peter Morgan focusing on the period of 1964 to 1977. However, the critically-acclaimed writer has come under fire for season three amid scenes depicting the close friendship between Queen Elizabeth II (played by Olivia Colman) and her horse racing manager Lord Porchester (John Hollingsworth).

WARNING: This article contains spoilers from The Crown season 3

Episode five is called Coup and sees the Queen embark on a month-long research trip with Porchester to visit various stables abroad and catch up with advancements in the racing world.

She is hoping her horses will again become world-class contenders within the racing field after falling behind the times.

During her trip away, the Queen is seen picnicking with Lord Porchester. She seems to be enjoying herself as they dine while being watched over by a guard.

The pair are later about to have dinner seemingly alone when she remarks about her desire to breed horses if she wasn’t the monarch. 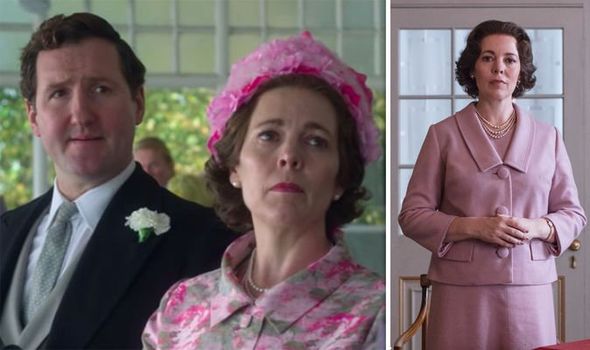 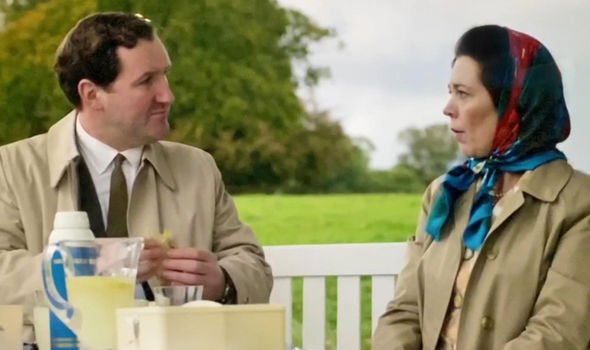 However, this poignant moment is cut short after she raises her voice and snaps at the staff when they interrupt the dinner.

The scene shows the Queen wants a private moment with Porchester. Soon after, the Queen leaves to take a phone call.

On top of this, when the Queen does return from her sojourn, she’s greeted by Prince Philip (Tobias Menzies) who’s not been impressed by his wife and her gallivanting with Lord Porchester.

He plants an uncomfortably long kiss on the Queen, suggesting her friendship with Porchester could have sparked some sort of jealousy. But she pours some soothing balm by promising him she’ll be with him in five minutes. 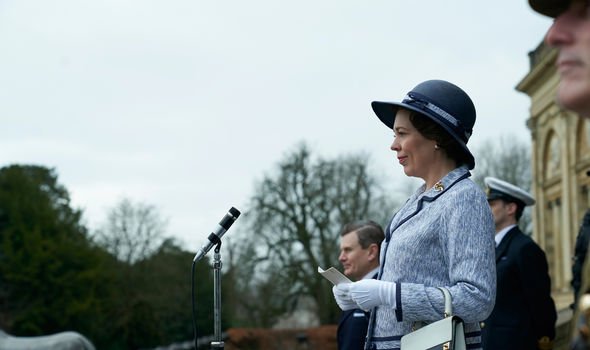 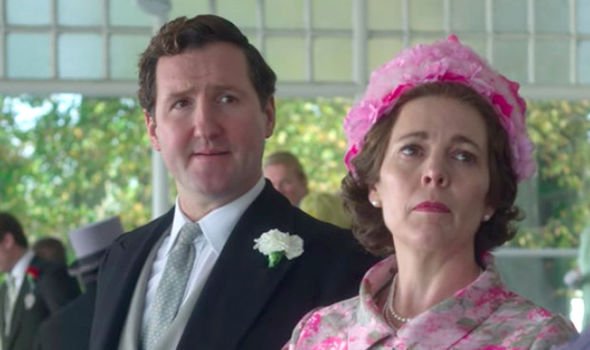 Was the Queen having an affair with Lord Porchester?

There’s nothing explicit in The Crown to suggest an affair. The scenes depict an affectionate friendship between the Queen and Lord Porchester.

In the end, it is left up to the audience to make what they will of the scenes.

Also, in real-life there’s nothing to suggest the Queen was having any kind of extramarital relationship with Lord Porchester.

There have been unsubstantiated rumours over the years and the release of The Crown season three has led some to speak out against the series.

Ahead of the release of the series, former Royal press secretary Dickie Arbiter told The Sunday Times: “This is very distasteful and totally unfounded.

“The Queen is the last person in the world to have ever considered looking at another man.”

He went on to tell the publication: “The Crown is a fiction.

“No one knows any conversation between members of the royal family, but people will tell the story the way they want to and sensationalise it.”

The real Lord Porchester was friends with the Queen from a young age due to their shared love of horses and racing.

He married Jean Margaret Wallop in 1956 and the couple had three children together.

In 1969, he became the Queen’s horse racing manager and they remained close friends until his death in 2001.

Following his death, Lord Porchester’s son took over the role for the Royal Family.

In regards to her trip away, royal biographer Hugo Vickers says in his book The Crown Dissected: “The real Queen has never neglected her duties as monarch by going abroad for a month for purely private reasons.

“The Queen has only ever travelled abroad privately in connection with equestrian interests, but only for a few days in total, not weeks on end as in this film.”

He said the episode “gives the film-makers the chance to emphasise that if she were not Queen, then she would prefer to be a country woman, breeding racehorses”.

The author separates fact from fiction not only in the third outing of the drama but also the previous instalments.

Vickers goes through each episode and highlights what actually happened and where the writers have taken some dramatic licence.

The Crown season 3 is streaming on Netflix now

The Crown Dissected by Hugo Vickers is available on Amazon now