The Baby-Sitters Club is about to hit Netflix and the rebooted series is based on the 1995 film and books of the same name. The story follows a group of seven young girls who have formed a club to look after children in the hopes of making some money. Express.co.uk has everything you need to know about who is in the cast of the Baby-Sitters Club remake.

Who is in The Baby-Sitters Club?

Anastasia Elizabeth “Stacey” McGill is the treasurer for the club, and she attends Stoneybrook Middle School.

She is one of the four original members of the club and in the books she acts as one of the main narrators.

Her character is described as sophisticated and grown-up for her age, but she is very sensitive.

She is known to avoid confrontation and steps away from issues, rather than facing them.

Shay Rudolph began her career on stage and she will make her TV debut in this new series. 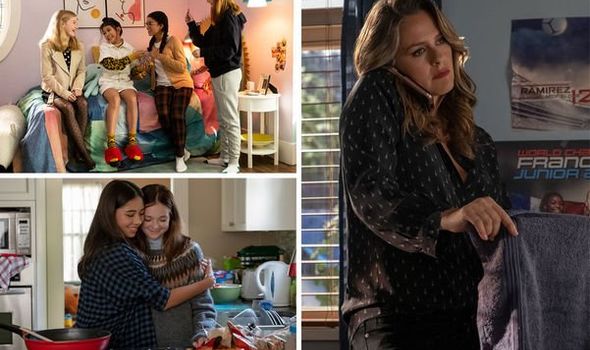 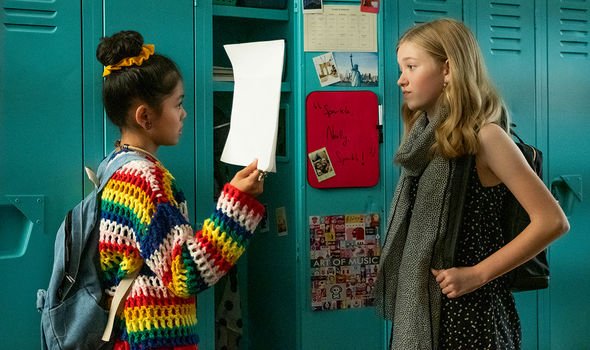 Mary-Anne Spier is the club secretary and she is known for her impressive organisational skills.

She attends the same school as Stacey and she is considered the shy member of the group. However the 13-year-old can be equally as stubborn.

Mary-Anne always tries to see the best in people, but she lacks self-assurance.

Malia Baker is an African-born actress who had only just started acting classes a year before landing the role.

She has already appeared in ABC’s A Million Little Things and CW’s The Flash.

The star is on Twitter and as her bio says, she is an advocate for “equality, girls, education, climate, animals, justice and peace”. 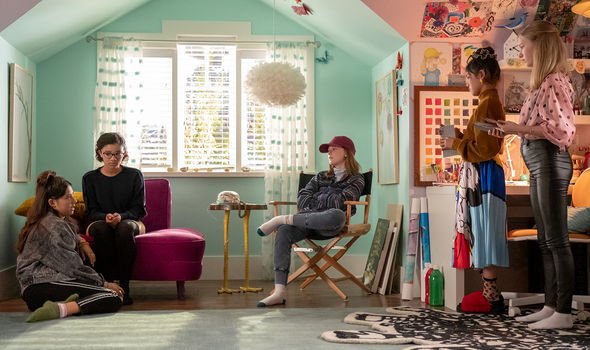 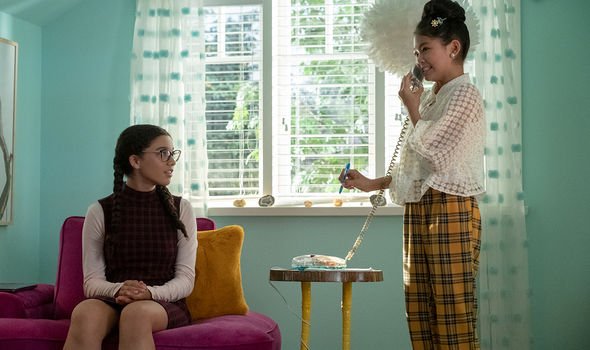 Kristy Thomas is president of the club and she decides to open a day camp for clients.

As well as having the pressure of running the club, Kristy has her own problems to deal with when she meets her estranged father.

Kristy is just about to turn 13 and she goes to meet her father before the big day, and he lets her down.

Sophie Grace is an American TV and film actress and she is one of six siblings.

At the age of three, she took part in local plays and began training professionally when she was 10. She had a lead role in Terror in the Woods.

Claudia Kishi is the vice president of The Baby-Sitters Club and the meetings take place in her bedroom.

She is the best friend of Stacey and she is considered to be an outgoing member of the group.

She is very fashion conscious and insists on buying her own clothes even at a young age.

Claudia has a sister called Janine, but they are very different and often argue.

Momona Tamada was born to Japanese parents and was raised in Vancouver.

She is also an award-winning dancer and has entered dance competitions since she was four years old.

She starred in Netflix’s To All The Boys: P.S. I Still Love You, The Main Event and The Boys.

Watson Brewer is Kristy’s stepdad and he has his own children – Karen and Andrew.

In the books, he is known for living in a big mansion on McLelland Road. His first wife was Lisa Engle, but after they divorced he married Elizabeth Thomas-Brewer.

He is considered a very kind character and considers Kristy to be his own daughter. He is the CEO of an insurance company.

Mark Feuerstein is an American actor, producer and director who starred in The West Wing, Prison Break and Sex and the City.

Feuerstein co-created the CBS sitcom 9JKL, with his wife Dana Klein, and he also stars in the series.

The Baby-Sitters Club airs on Netflix on July 3