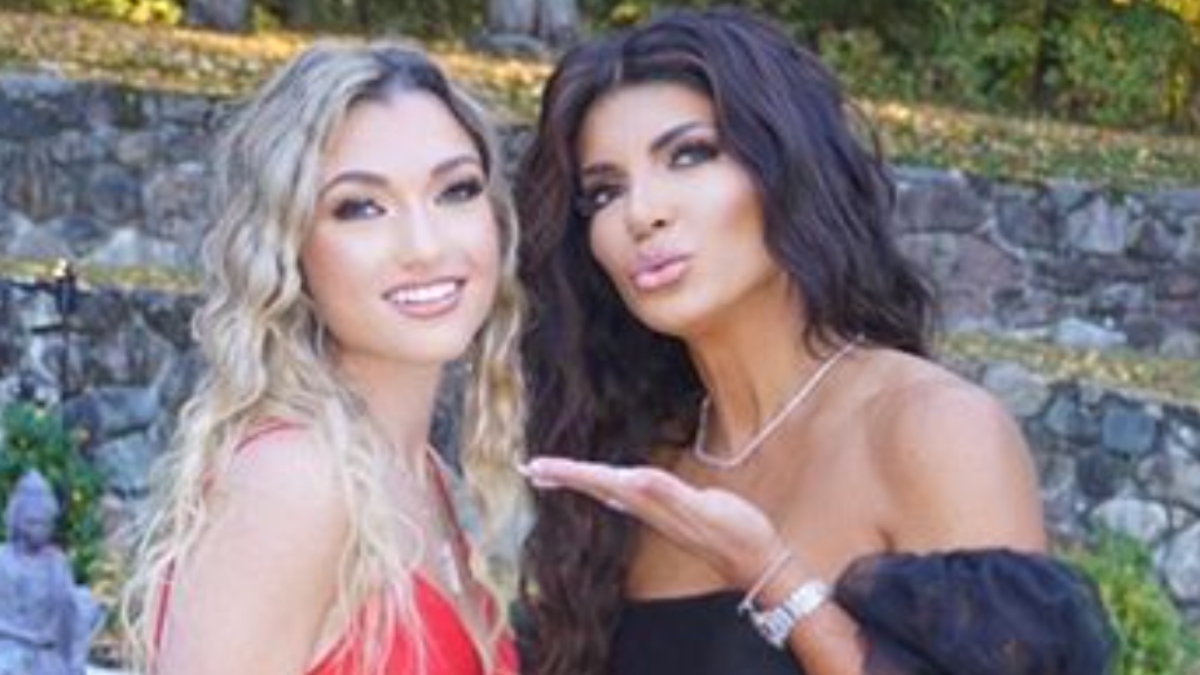 Teresa first posted a snap of herself with Gabriella, both ladies dressed up for the celebration.

“I’m so lucky to be your mom…Happy Sweet 16th Birthday beautiful!” Teresa captioned the photo.

Shortly after the initial post, Teresa followed up with two more pics of Gabriella. The new pictures were close-up shots of the 16-year-old looking much more grown-up than many similar aged girls.

Fans quickly took to the comments to point this out, with one follower commenting, “I would of never recognize her. She looks so different now.” 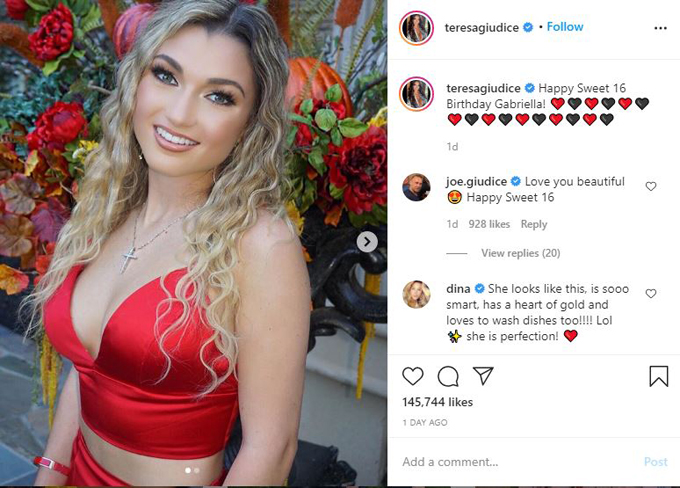 Other followers criticized the teen for wearing makeup, stating, “Pretty girl but why so much makeup at 16?”

The drastic change in appearance from the young girl that fans were used to seeing had some wondering if Gabriella had undergone plastic surgery.

Although Gabriella hasn’t confirmed if she’s had any work done, she wouldn’t be the first of Teresa’s daughters to go under the knife.

In July, Gabriella’s older sister, Gia, confirmed that she had gotten a nose job.

“Yes I got a nose job. Yes I’m swollen,” she captioned the photo of herself with Teresa at an event. 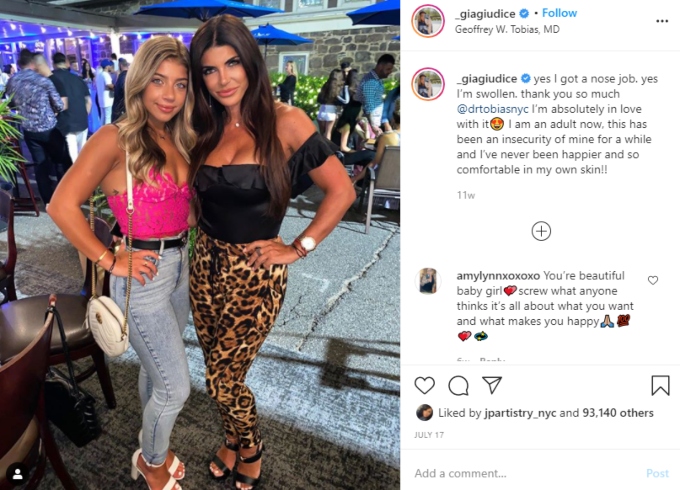 In the same caption, she immediately shut down the haters stating, “I’m absolutely in love with it. I’m an adult now, this has been an insecurity of mine for a while and I’ve never been happier and so comfortable in my own skin!!”

Fans applauded Gia for her honesty in the work she had done.

“I love how you came out and said it before anyone could at you with their mess,” said one follower.

Teresa has had work done of the years

During a 2018 interview with Andy Cohen on his show, Watch What Happens Live, Teresa initially denied having any recent work done on her face. She stated that the only alteration she had made was some Botox.

After some further pressing, however, Teresa confessed and confirmed that not only had she gotten lip fillers in addition to the Botox, but she had recently undergone another breast augmentation as well.

“I changed out my implants,” she said. She went on to clarify that even though her breasts looked fuller, they were the same size as they had been prior.

She then also explained that it had been 10 years since her first set of implants.

“When I started, I had none. I had like a minus A,” she said about her cup size prior to her first augmentation in 2008.

Teresa then decided to go for another upgrade in January of this year with another breast augmentation.

Teresa initially stated that she wouldn’t let Gia do any plastic surgery because she believes a person’s body should be fully grown before making that sort of commitment.

However, she did acknowledge that nose jobs are common.

“I know like young girls get their noses done and I think, you know, if you got a big nose, you might as well fix it. Why not?”

The Real Housewives of New Jersey is currently on hiatus on Bravo.