With just seven weeks before July 17, Warner Bros. released the trailer for Christopher Nolan’s “Tenet” — and if the studio wanted to confirm internet excitement for the summer’s first theatrical release, it worked. However, it may be worth noting that even the entertainment industry’s edge case may be erring on the side of caution: That trailer didn’t include a release date.

Hedging bets is normal in the age of COVID-19; AMC and Cinemark each delayed their first-quarter earnings reports, which are now set for June 3. Both would love to face investors with the good news that “Tenet” confirmed its July date — but when it comes to Christopher Nolan’s $200 million+ reverse-time-travel-save-the-world film, the case for why we shouldn’t get our hopes up is strong.

Marketing included, the “Tenet” investment could reach $300 million-$350 million. And this is a standalone film, not a surefire franchise release. Yes, Nolan comes close to qualifying as a brand, but this isn’t a mass-audience offering along the lines of Marvel or “Fast & Furious.” That raises the risk of a lower-than-expected release versus the potential of bigger returns. However, the July 17 date contains the publicity advantage of going first among top titles, as well as the practical advantage of having almost all screens — little risk that social distancing would hurt capacity.

A film with a terrific but unproven star power (as with lead John David Washington) needs careful handling, which includes in-person PR — especially when it comes to top international territories including China, Japan, and South Korea as well as Europe. Also, remote publicity might inadvertently reinforce the idea that it’s risky to travel or engage in group activities.

Hardcore moviegoers look for the crowd, but is it still communal if seating capacities are capped at 25 percent?  That could mute audience reaction, or even word of mouth.

Christopher Nolan’s films are meant to have maximum visual and audio impact. “Tenet” will have state-of-the-art IMAX presentations, with higher ticket prices. But of the limited number of theaters that have IMAX screens, they usually have only one and it is rarely the largest auditorium. And at 25 percent capacity, that hurts.

Is the world ready?

Theaters are now open in some smaller markets; for many others, July is the goal. Based on the tentative dates, Warner Bros. hopes that most theaters in most countries will be open by July 23 (France, Argentina, Belgium just behind others). That’s an incredible gamble when each country has its own timetable, including when they give the go-ahead. Two territories are now listed for September 18, Japan (which often opens titles after most countries) and Italy. The latter could potentially suggest a domestic backup date: The Venice Film Festival is still scheduled for September 2-12; “Tenet” would own the Lido with a premiere. 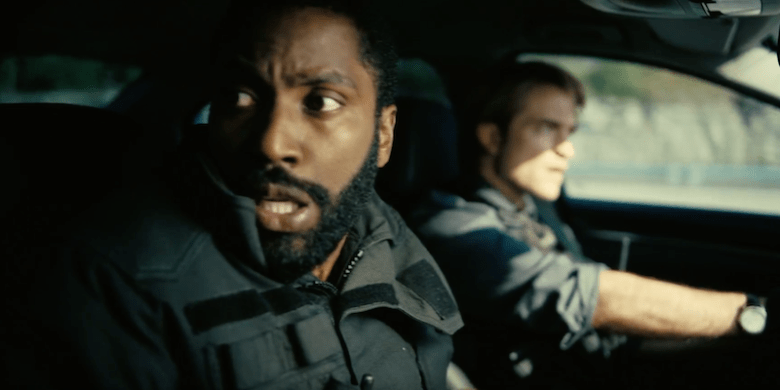 In the absence of competitors, some smaller titles have announced July releases to take advantage of prime summer playtime. However, it’s still unclear whether New York City and Los Angeles (in the latter case, likely the full county of 10 million people) will be open. While this represents less than 6 percent of the country’s population, it accounts for a higher total of gross thanks to higher ticket prices and top-end theaters. (They have about 30 of the top 100 grossing theaters in North America). Unless New York and LA are ready to go, Warner Bros. will back off.

As businesses reopen, a certain increase in cases may be expected. That trajectory is unknown; so is the public and civic tolerance rate. It could delay authorizing larger public events, or deter people from attending them.

Nolan may revel in “Tenet” serving as the hero riding to the rescue of the theatrical experience; his studio may wish for a less stressful set of circumstances. If Warners were to delay the film, it would be a body blow to theaters. But changing much closer to the date, or opening to disappointing results, might hurt more for the larger picture.

Sign Up: Stay on top of the latest breaking film and TV news! Sign up for our Email Newsletters here.