The reality stars are both moms to three children with their respective baby daddies. 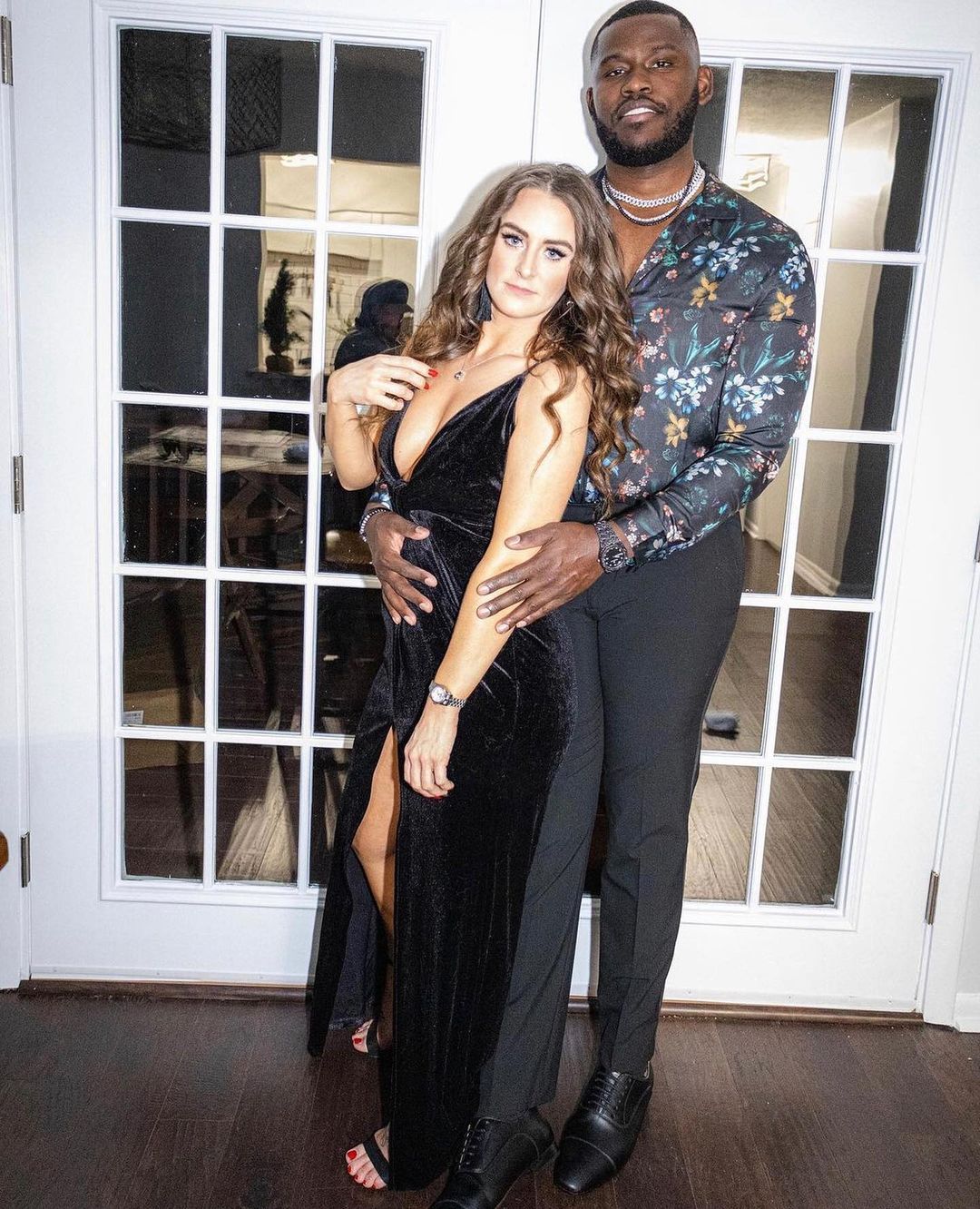 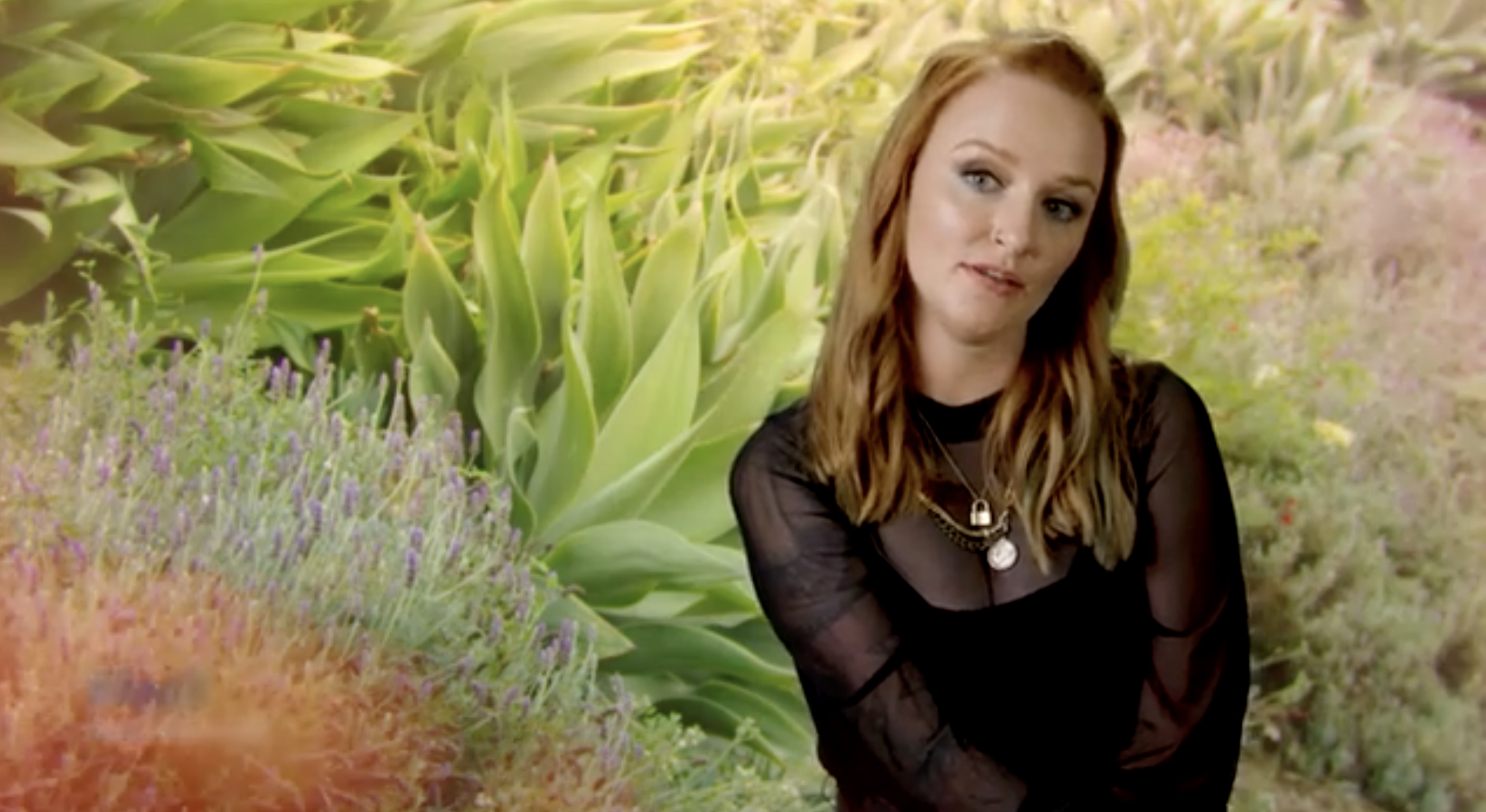 The girls sat down with Headliner Chicago for a virtual interview where they clarified the ongoing chatter that they are each secretly pregnant with their fourth child.

Leah first shot down the speculation, admitting that she turns off the comments "when it comes to the kids" to shield them from any negative feedback fans may dish out.

She also confessed that "there have been" unfriendly comments about her daughter Ali "over the years" that she's tried to keep away from the pre-teen's eyes.

The 29-year-old then laughed off the pregnancy rumors saying: "Listen, there's only so many times you can say that somebody's pregnant."

She joked that her boyfriend Jaylan Mobley tells her to "ignore" the comments pointing out a potential baby bump as she countered with a smile: "No, I want to let them know, I was bloated last week. That was not okay!"

Maci chimed in to clap back at fan theories that she's expanding her family saying: "Honestly, I just laugh at it now, but at the same time I'm like, how, at this point I would have like 56 kids, I think," referring to the numerous pregnancy rumors she's endured over the years.

I was one step away from homelessness before First Dates, says Cici Coleman

Both Teen Mom stars have made fans question if another baby is on the way due to their recent wardrobe choices.

After Leah shared pics from a sexy New Year's Eve photoshoot with her boyfriend on Instagram, her followers were convinced they spotted a "baby bump."

The TV personality posted a series of snaps from the pair's evening with friends as they rang in the new year.

In the new pics, the lovebirds packed on the PDA as they held each other close in intimate positions, like Jaylan’s hand on her thigh as she pushed him against the wall.

In others, they kissed to celebrate entering 2022 with one another and snuggled together on the couch.

Some fans were more focused on what the two might be celebrating a little later into 2022, as they speculated that Leah’s pregnant after thinking they spotted a baby bump.

The Teen Mom stunned in a velvet black dress with a plunging neckline and high slit up one leg.

Followers commented with thoughts that she might be pregnant as the figure-hugging dress appeared to show a “bump.”

“OMG!!! Is she pregnant,” one asked, while another added: “Looks like a baby bump.”

A third noted: “She does look pregnant and he has his hand on her tummy in one of the pictures.”

The aforementioned photo saw Leah and Jaylan standing in a prom pose, with him right behind her, holding her to him.

One of his hands is on her arm, but the other is rested on her stomach.

The couple's relationship has been heating up since they went public with their romance in early September.

The US Army Cyber Officer has also bonded with her three daughters: twins Ali and Aleeah, 12 who she shares with ex Corey Simms, and Adalynn, eight with ex Jeremy Calvert.

Teen Mom OG star, Maci has also been fighting off chatter online about a possible bun in the oven after an outfit choice.

The 30-year-old covered up in a baggy black shirt in a new Family Reunion clip leaving fans to wonder if she was attempting to conceal her growing belly.

The longtime Teen Mom star first sparked pregnancy speculation in September when she posted a photo of a sonogram to her Instagram page of two baby onesies.

She pulled a similar stunt in April when she uploaded a picture of a baby outfit and a sonogram, which belonged to 16 and Pregnant star Izabella Tovar.

The caption of the photo, which read #LinkInBio, lead Maci's 4million followers to an article about co-star Catelynn Lowell's pregnancy.

Earlier this month, Maci once again hinted at her possible pregnancy by posting a screenshot from the Teen Mom Vacation teaser trailer.

While addressing the rumors, the mother of three captioned the post: "Since everyone’s talking, I am happy to CONFIRM my PREGNANCY news!"

Fans thought Maci seemingly confirmed she was expecting, though CelebBuzz posted details about the pregnancy rumors.

A source close to Maci told CelebBuzz: "It seems the rumors are popping up again so … to settle the score — no, Maci is NOT pregnant."

The insider continued: "No, she is not sporting a baby bump in the upcoming Teen Mom vacation show." 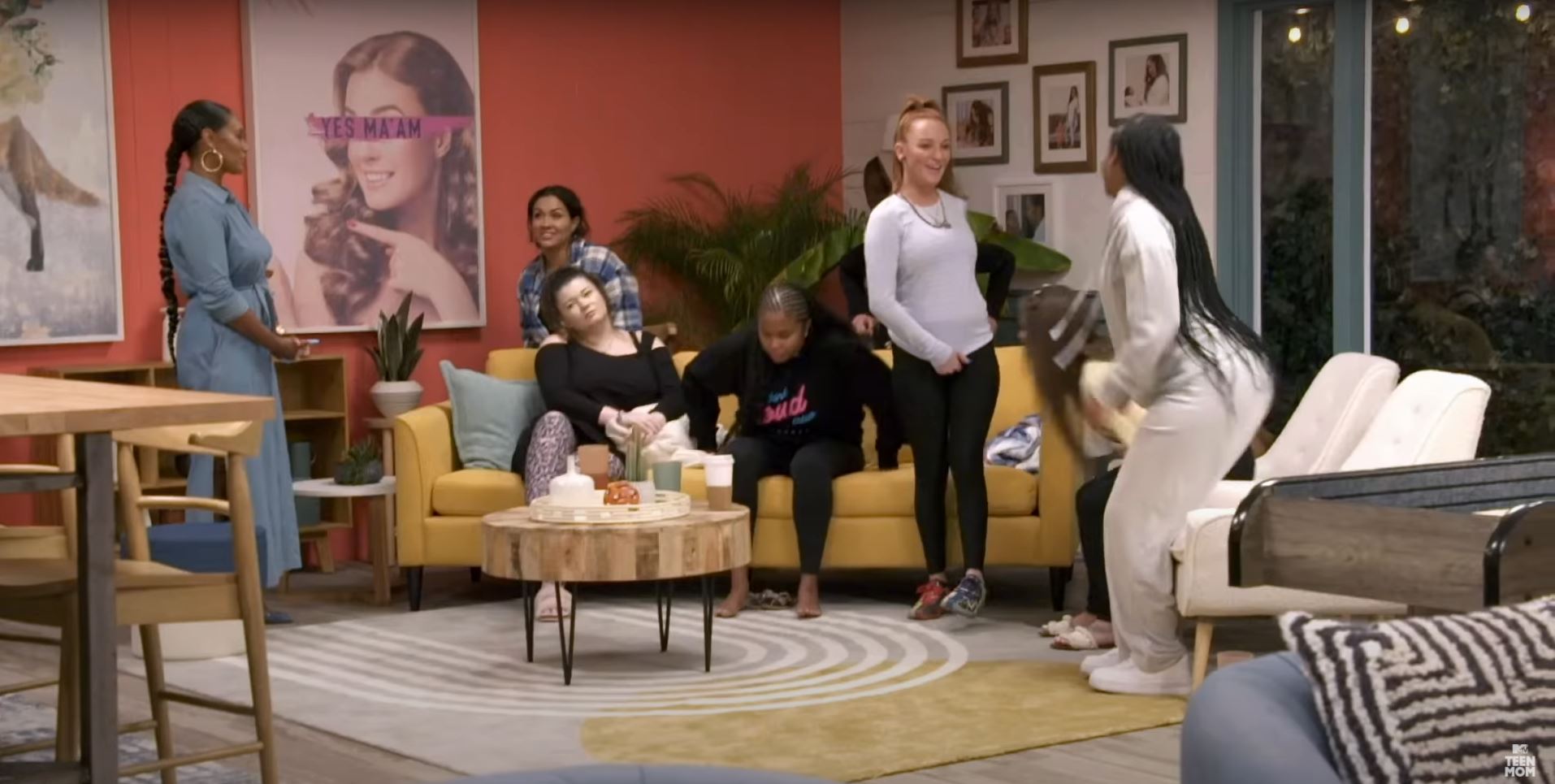 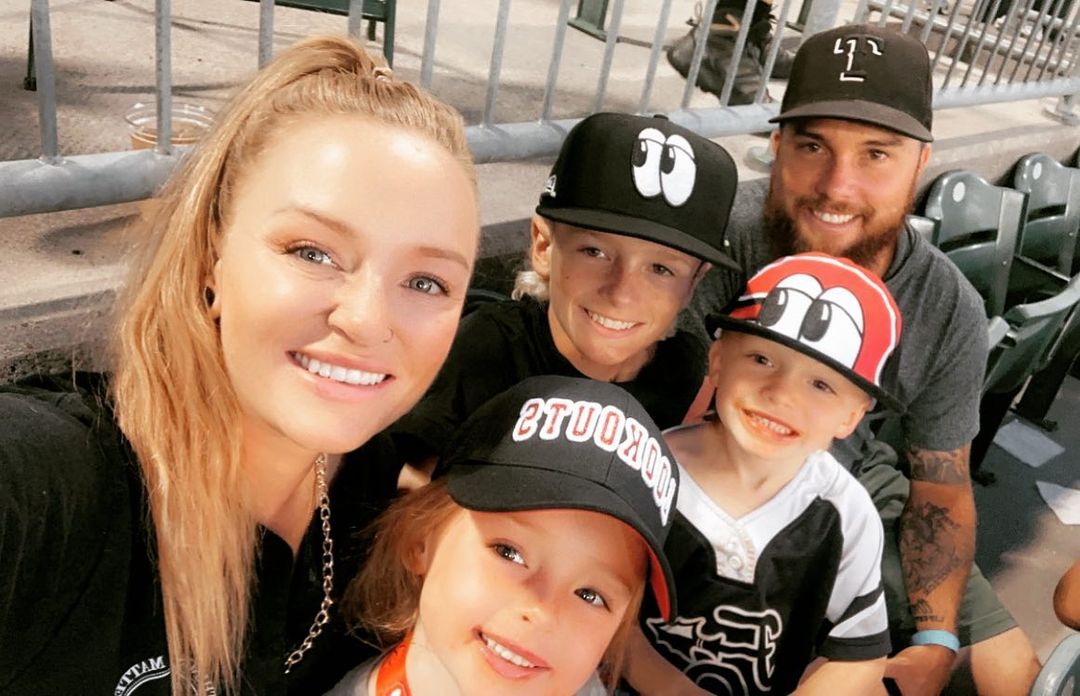 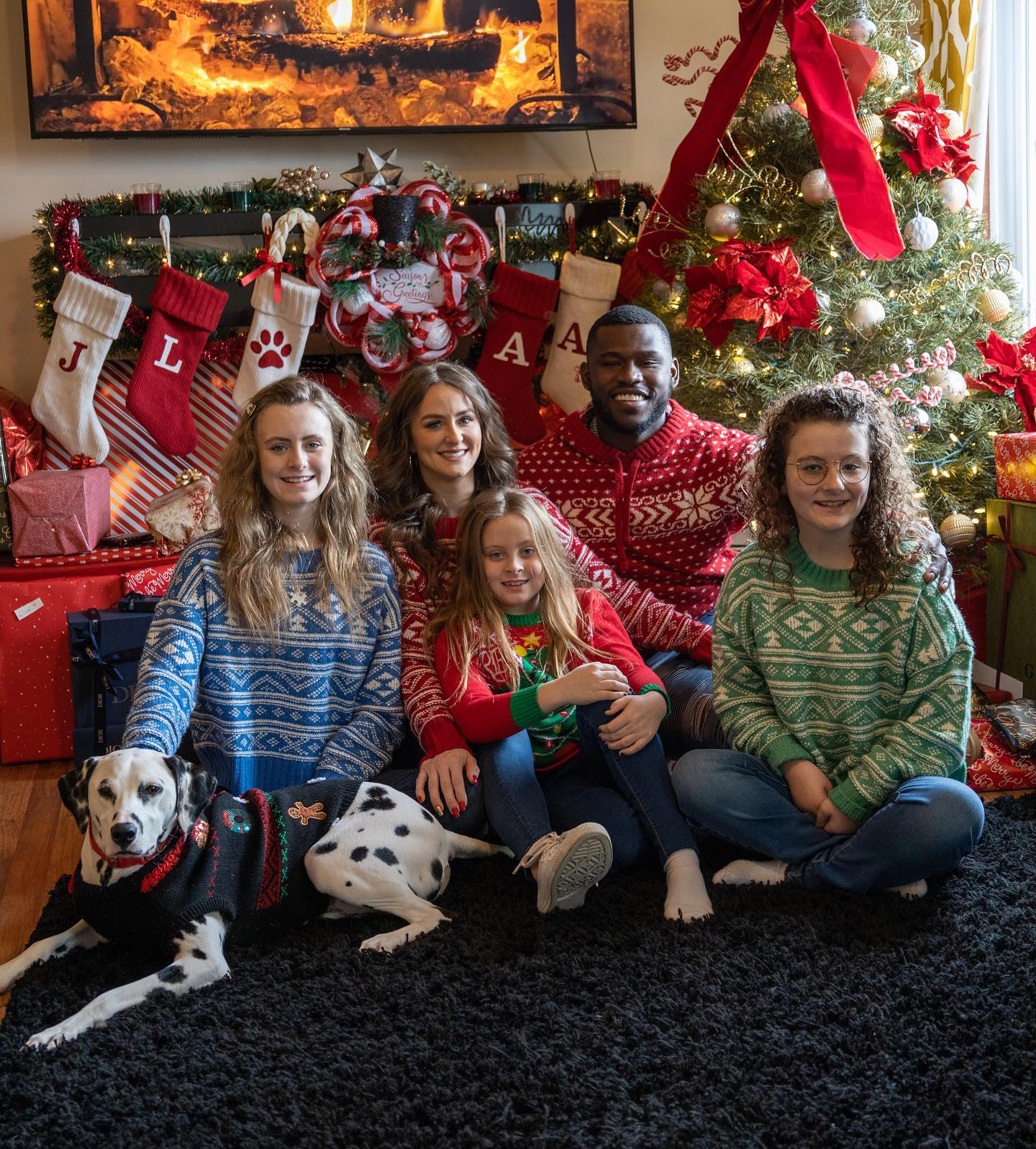