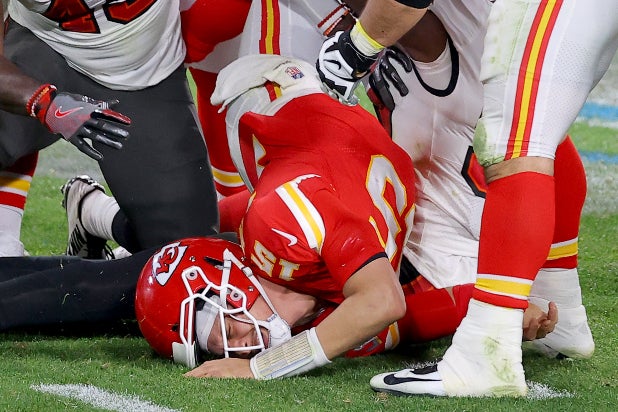 The Tampa Bay Buccaneers have won Super Bowl LV with a decisive 31-9 victory over the defending champion Kansas City Chiefs. The outcome was pretty much never in question.

So, not that close.

Brady had a good game, though he didn’t rack up a ton of passing yards. Didn’t have to.

To be fair to Mahomes, he was under intense Buccaneers pressure all night. The Kansas City special teams, defense and their barrage of penalties didn’t do the Chiefs offense any favors.

Super Bowl LV took place in Tampa Bay’s Raymond James Stadium, the home of the Buccaneers. Sunday marked the first time in Super Bowl history that one of the participating teams played the big game in its home stadium. Of course, due to the coronavirus pandemic, there was a limited-capacity crowd in attendance. In other words, the home-field advantage was limited. Didn’t matter.

At halftime, the score was 21-6. The gap only grew in the second half.

Despite playing at home, the Buccaneers were 3-point underdogs, according to sports books. The AFC Champion Kansas City Chiefs had a regular-season record of 14-2. The NFC Champion Tampa Bay Buccaneers finished 11-5. Also stuff that didn’t matter.

CBS is debuting new series “The Equalizer,” which stars Queen Latifah, immediately following Super Bowl LV. This “Equalizer” is an adaptation of the Denzel Washington movies of the same name.