Jeff Probst usually doesn’t take a peek at the jury votes for the winner of Survivor before reading them out loud to the contestants. So, he finds out with the rest of the world who wins. However, since Survivor Season 41 was a “new era” of the game, the host took it upon himself to change his own rules for the finale.

Jeff Probst surprised the castaways during the ‘Survivor’ Season 41 finale

Due to the coronavirus (COVID-19) pandemic, the Survivor producers weren’t sure that they would be able to have an in-person finale for season 41. So, instead, they decided to read the jury’s votes in Fiji.

During an interview with Entertainment Weekly, Jeff Probst discussed the unusual finale and what it was like to announce the winner at the Final Tribal Council.

“It was a really fun moment for me,” Probst recalled. “After the last jury member voted, I looked over at the final three and then over to the jury and said, ‘I’ll go get the votes.’ I knew that as I walked away, they were all naturally assuming we were going to do the finale back in Los Angeles months from now. Just like always.”

Once he returned with the votes, Probst said, “I could barely contain my smile as I sat the urn down and said, ‘Guess what?’ Their reactions were fantastic. Huge smiles. Everybody was excited. And then, without any fanfare, I read the votes. It was so quiet. We’re used to the live finale where thousands of fans and family members are screaming with each vote read. Not this time. It was very fun and very dramatic in large part due to its simplicity.”

The host had a great time at the Final Tribal Council. But, Probst did something else differently during the Survivor Season 41 finale that he’s never done in previous seasons.

Probst admitted to Entertainment Weekly that he never peeks at the jury’s votes before reading them aloud. However, since Survivor Season 41 was unlike any season before it, he decided it was OK for him to look.

“I got back to my little booth in the jungle where I check the votes, and the first thing I did was look at the votes to see who had won,” the host shared. “It was a cool moment because normally I don’t look at the final votes at all. So I savored it, appreciating that Survivor [Season] 41 had a winner and that I was about to walk back out and declare a winner in front of the players for the first time in over 20 years. I put the votes in order and then headed back to the players.”

So, when Probst read the votes for the winner during the finale, he knew before the rest of the castaways that Erica Casupanan would be crowned the Sole Survivor of season 41. 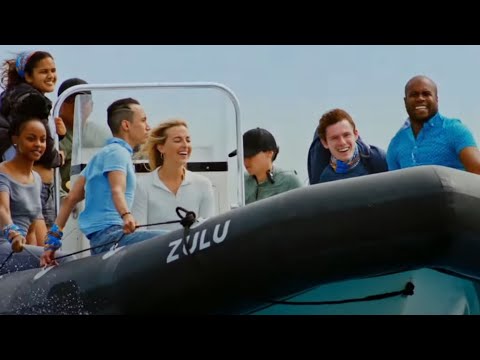 The next season will feature controversial twists

Since Survivor Season 42 is looking to follow the same “new era” philosophy as season 41, fans can expect to see Probst read the final votes in Fiji once again.

The preview for the upcoming iteration of the game features a brand new set of castaways. The video also reveals that the “Beware Advantage” is back in play. Assumingly, some of the same twists from season 41, including “Shot in the Dark” and “Do or Die,” will also be factored into the game. As many may recall, these twists weren’t exactly received well by Survivor fans.