British star Matthew Macfadyen co-stars with Australian actress Sarah Snook in the hit HBO series Succession. Whilst fans of the farcical drama wait patiently for the release of season three, the cast have admitted to some tense moments during the rehearsals for last year’s acclaimed follow-up.

Succession may be based largely in New York, but the stellar comedy-drama features an incredible international cast, including iconic Scottish star Brian Cox.

Macfadyen may be better known in the UK for playing charming leading men in films such as Pride & Prejudice, but he stepped into his most unlikable role yet as Tom Wambsgans, the cloying husband of Siobhan Roy (Snook).

The successful drama has proved a star-making project for the two co-leads, and many US viewers had no idea the performers hailed from overseas. 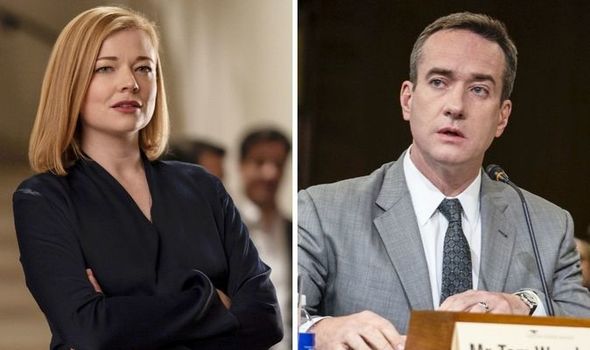 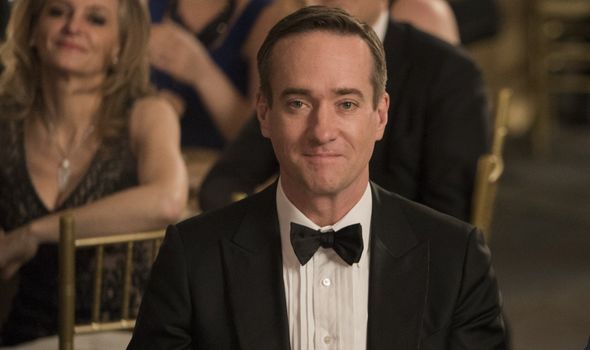 Thanks to the stars’ uncanny American accents, many Succession fans are none the wiser that two prominent members of the cast aren’t actually from the US.

However, their vocal training isn’t as easy as Macfadyen and Snook make it appear.

In fact, the two co-stars have confessed their difficult job mastering their characters’ American accents has often led to some tense moments on set.

Macfadyen revealed: “We have kind of accent days, especially when we have a day together.” 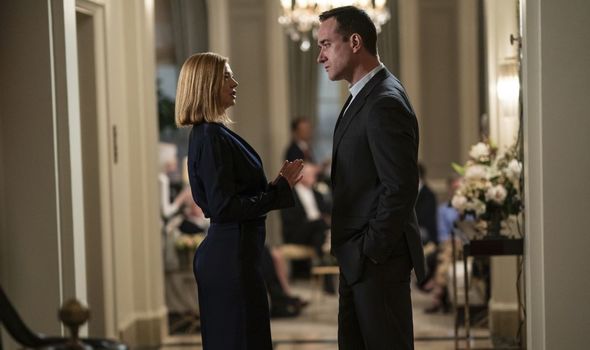 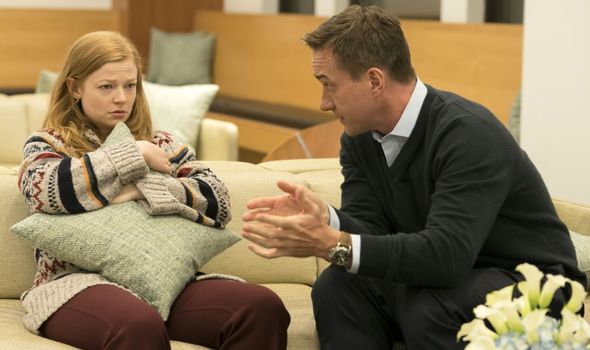 “We have a mutual meltdown. We had a very bad one in our apartment. You just forget how to do it, because it’s quite hard to do.”

Although the skill comes and goes, thankfully the co-stars haven’t slipped into their native accents at any point during their sublime performance as the bickering couple.

Meanwhile, Sarah Snook admitted she also found the accent hard to master, and even went so far as to try and rewire her brain to get it right.

She explained: “Where there is improv, or you can stretch the words a bit, or add something there and there, you then have to filter ‘don’t think in an Australian accent, think in an American accent’.”

While Sucession is tightly scripted by the show’s creator Jesse Armstrong and the team of excellent writers, there’s also plenty of room for the actors to improvise.

Snook confirmed that speaking in an accent from a script is simple enough, but speaking from the top of your head in a different dialect is a different skill altogether.

Her co-star agreed and added: “Yeah, it’s one thing doing the lines you’ve learned in an accent, but then improvising, especially in the pilot, was very frightening.

“[Producer and director] Adam McKay was like, ‘okay, let’s talk about the stock exchange or the new Audi’ and I would go ‘I don’t know! I don’t know how to say this’. So I find it hard.”

Given Succession deals with the complicated inner-workings, acquisitions and power dynamics of media conglomerate Waystar Royco, going off-script can be challenging for the non-American members of the cast.

To assure his colleagues’ hard work was paying off, co-star Kieran Culkin (Roman Roy) chimed in with his support.

He said: “I’ve always been so impressed with you guys, because not only are the accents great but it’s that thing, it’s seeing banter and going ‘how the f**k? How are you doing that?’”

With filming for the delayed third season hoped to kickstart soon, hopefully the cast haven’t let their accents slip during the lengthy coronavirus lockdown.

Succession is available to stream on HBO Max and Now TV.