Strictly Come Dancing has remained a favourite of viewers since its inception back in 2004. As well as the celebrity contestants, the professional partners often come and go from the BBC show as there have been many new faces over the years. Now, professional dancer Karen Hauer has opened up on whether she will be back for the next season later this year, after admitting waiting to hear whether she will be making a return is “nerve-wracking.”

One person who just missed out on the Strictly final last year was Chris Ramsey who was partnered with professional Karen Hauer.

The pair got off to a rocky start but gradually progressed throughout the competition as Chris found himself climbing up the leaderboard.

Karen and Chris made it all the way to the semi-final as they failed to make it through to the season finale, but gained the support of viewers up and down the country. 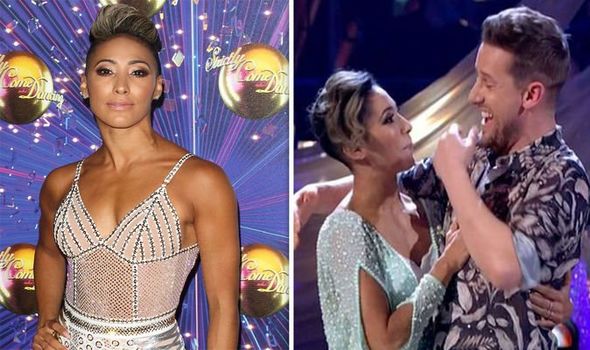 However, Karen has opened up on her doubts about whether she would be returning for the upcoming series later this year.

In a recent interview with The Mirror, Karen expressed her love for the show but also couldn’t confirm if she would be back to dance with another celebrity contestant.

She told the publication: “Strictly has completely changed my life. It’s definitely been the mothership.”

The star addressed whether she would be returning to the much-loved show later this year, telling the publication: “Hopefully I’ll be back.” 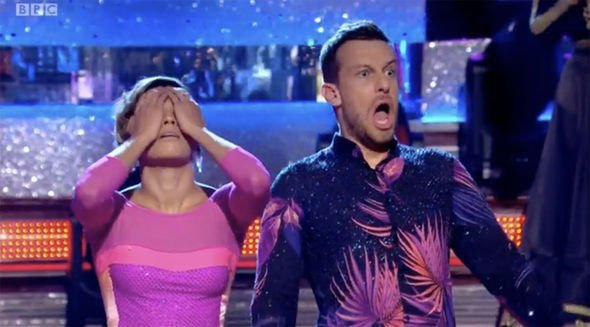 “It’s nerve-wracking. It all depends on which celebrities they’ve signed up and whether you fit in,” she added.

Last year saw professional dancers Graziano Di Prima and Gorka Marquez dropped from the main line-up as they were demoted to backing dancers.

The star is currently rehearsing for her upcoming tour Firedance alongside fellow Strictly pro, Gorka, which is due to start next month.

She was full of praise for Gorka, saying: “He’s very calm and easygoing. He’s made me calmer. Our roots are very Latino and fiery. We’re good friends.”

Of her co-star, Karen said: “I’m just so happy for him. It’s beautiful to see him flourish.

“Having a baby is a possibility for me. I’m really happy. Everything is falling into place,” she added.

Karen was previously married to Kevin Clifton, who is also a professional dancer on Strictly.

The pair were married between 2015 and 2018, but have now both entered into new relationships as Karen is loved-up with opera singer David Webb.

As fans already start to speculate who might be on the show later this year, it has been rumoured former contestant Judge Rinder may be making a return,

However, it’s been reported the star has been asked back by show bosses to form part of a same-sex couple in the upcoming couple in this year’s Christmas Special.

As Strictly is set to be back on-screen later this year, who will be amongst the new line-up of celebrities taking part?