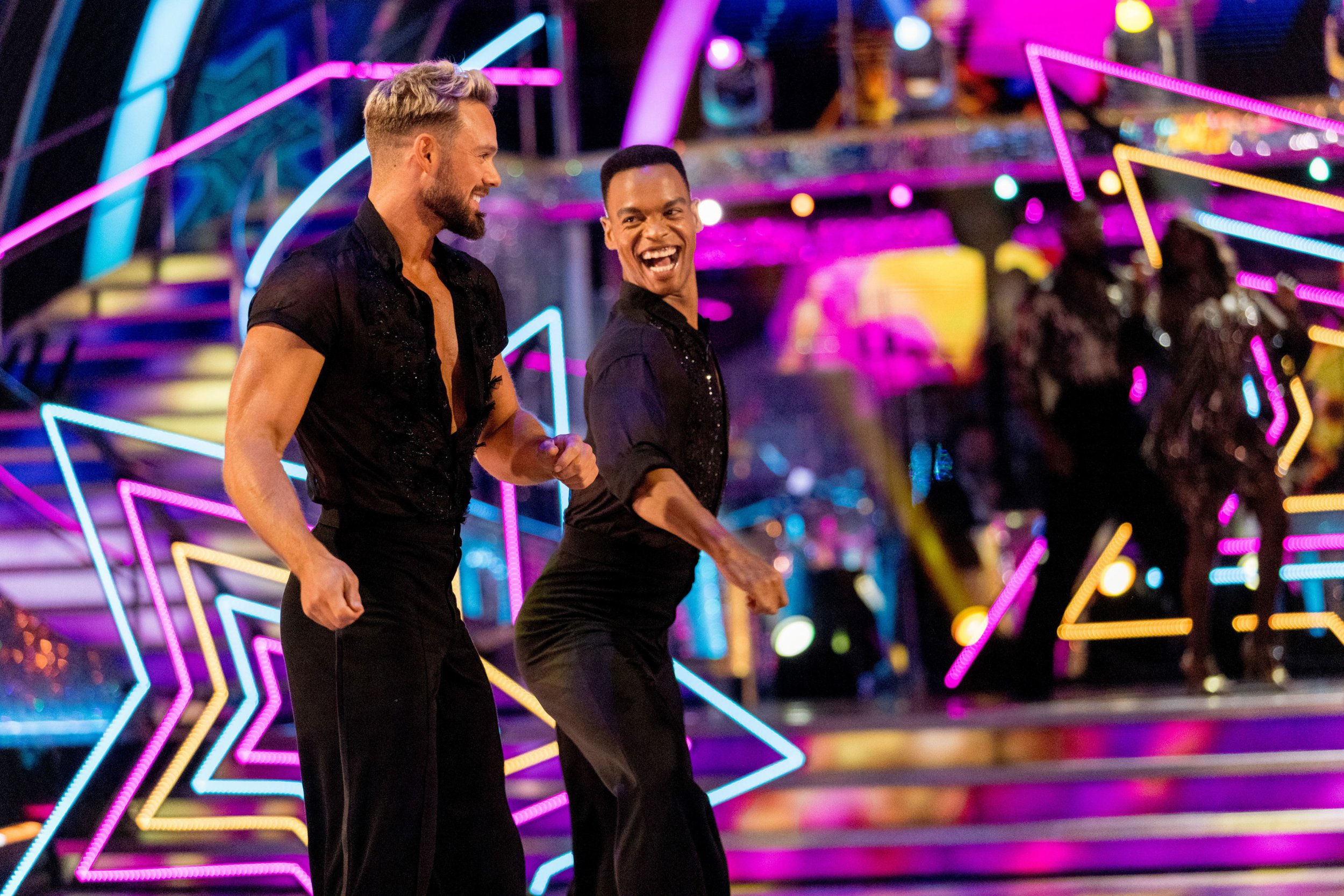 Fans were delighted on Saturday as John Whaite and Johannes Radebe were unveiled as Strictly Come Dancing’s first all-male partnership.

Great British Bake Off star John was confirmed as being one half of the first male couple ahead of the series 19 launch.

Talking with co-host Tess Daly on the show, John described it as both a ‘privilege’ and an ‘honour’ to be in his position.

‘I think if I’d seen two lads or lasses in this position when I was a little lad, life would have been that bit easier so thank you for letting me be a part of it,’ he said.

In their pre-recorded meeting, Johannes hid inside a big cake to jump out and surprise John – although it sounds like the baker had a pretty good idea of who to expect.

He revealed: ‘When I saw it was a big sparkly cake, I thought, “Oh come on, it’s got to be Johannes” and when he popped out of it I was blown away, it means the world to me.’

As pro dancer Johannes eyed up John’s potential, he proclaimed John to have rhythm, adding: ‘And that’s all I can ever ask for.’

Fans were also sure they had received all they could ask for when it came to John and Johannes’ partnership.