Season three of Stranger Things ended in an explosive turn of events that saw the cast in a fierce battle against the Mind Flayer.

Viewers were left with the impression that Hopper (played by David Harbour) had been killed after the final episode saw the Chief of Police sacrifice himself by allowing Joyce (Winona Ryder) to turn the keys to close the gate while he was in the room with the laser.

However, showrunners may have revealed the fan-favourite will return in one of their classic 80s references.

The past three outings of the Netflix hit have seen the Duffer brothers make reference to several 80s films and a whole host of throwback tracks from the likes of Bon Jovi, The Police and Joy Division.

However, fans are beginning to suspect the references have a little more weighting than merely bringing an 80s vibe, with Politico’s Bill Kuchman likening Hopper’s arc to Star Wars character Han Solo’s.

Bill said: “I have a #StrangerThings theory based on something Hopper says to the Russian goon, Steve’s favourite #StarWars movie and Han Solo.

“‘I’ll see you in hell’ is a direct quote from Han Solo in Empire Strikes Back, the film where Han was frozen in carbonate and taken to another world.

“Steve’s favourite Star Wars movie? The one with the teddy bears, aka Return of the Jedi…” Bill added.

Star Wars’ Return of the Jedi sees Han’s friends rescue him from imprisonment in an enemy’s fortress. 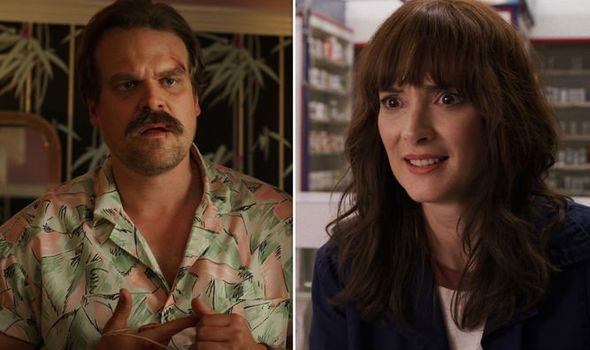 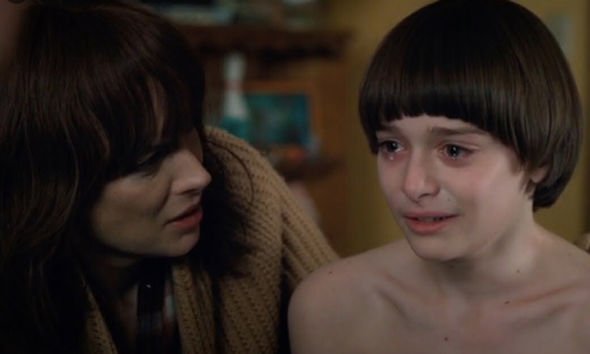 If season four is confirmed, fans could see the Hawkins’ crew take to Russia on a quest to free Hopper.

Bill continued: “Where’s ‘The American’ being held in the Stranger Things S3 finale? A secret base where the Russians are feeding prisoners to a captive Demogorgon.

“Hopper is Han Solo. And Stranger Things made it pretty clear where he is through its Star Wars references.”

Should the theory be correct, Hopper is being held captive by the Russians after ending up the wrong side of the gate.

Moreover, this would mean Hopper is ‘The American’ referenced in the post-credit scene and is still alive.

Indeed, if season four gets the green light we could see more action take place in Russia after Showrunner Ross Duffer said he plans to open up the plot to areas outside of Hawkins. 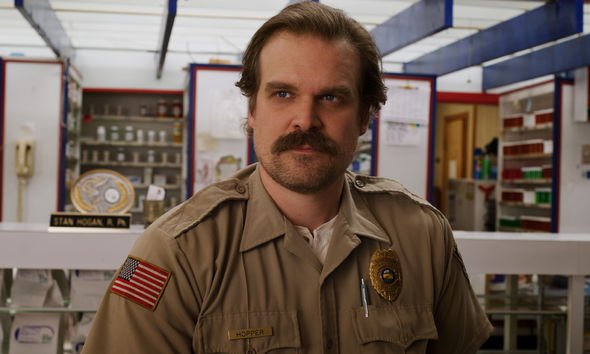 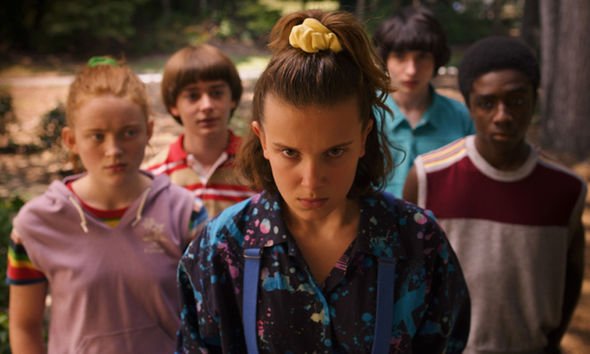 In conversation with Vulture the writer said: ”I think the biggest thing that’s going to happen is it’s going to open up a little bit, not necessarily in terms of scale, in terms of special effects, but open up in terms of allowing plot lines into areas outside of Hawkins.”

After Joyce took her family and fled Hawkins’ at the end of season three, it seems we are going to see a lot less of Hawkins.

However, it seems as though writers have only planned for one final outing as Ross confirmed he can’s see the series going much further.

Ross said: ”I don’t know if we can justify something bad happening to them once a year. They’re going to have to get the f**k out of this town!”