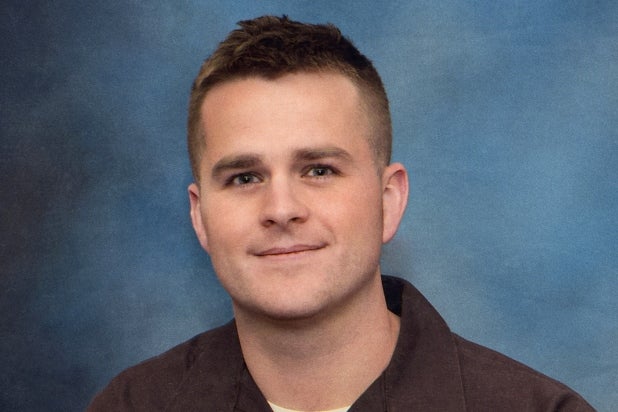 “Leavenworth” centers on the true story of Clint Lorance (pictured above), a first lieutenant in the U.S. Army who is currently serving a 19-year sentence for murder at the United States Penitentiary, Leavenworth. Lorance has appealed his conviction.

According to Starz, “While deployed in Afghanistan in July 2012, the former lieutenant ordered fire on three local men riding a motorcycle, killing two of them and outraging his platoon. In a first-hand account of a soldier navigating the US Army’s legal system, Lorance seeks to overturn his conviction, provoking emotional debate between supporters and detractors that rises to the national stage. As determinations on Lorance’s fate unfold, questions probe not only the merits of his conviction, but analyze the system at large and ultimately test the balance of guilt and innocence in the inscrutable circumstances of today’s wars.”

There is currently a petition effort on behalf of the United American Patriots advocating for Lorance to be granted a presidential pardon. The UAP and supporters of Lorance maintain that he was following the rules of engagement and was acting on a potential threat.

“Dangerous Liaisons” is inspired by the novel of the same name by Pierre Choderlos de Laclos. According to Starz, the series “tells the origin story of the early years of the iconic characters Merteuil and Valmont when they meet as passionate young lovers in the slums of 18th century Paris… This is ‘Dangerous Liaisons’ for a 21st century audience told from the perspective of Merteuil, informed by her line from the novel: ‘Born to avenge my sex and conquer yours, I have succeeded in inventing strategies for doing so that before me had never been conceived.’”

Soderbergh and Philip Fleishman will return to executive produce “The Girlfriend Experience” along with Jeff Cuban. The 10-episode scripted anthology series is written and directed by Anja Marquardt (“She’s Lost Control”) who also serves as co-executive producer. The show is a production of Transactional Pictures of NY LP in Association with Populist Pictures and Magnolia Pictures.