It’s Star Wars day so May the fourth be with you. It’s now almost 45 years since Episode IV: A New Hope debuted in theaters and we have Star Wars creator George Lucas to thank for that. A New Hope is almost perfect, but Lucas nearly made a critical mistake by almost cutting this iconic Star Wars character from the first movie.

A New Hope is the first Star Wars movie and began what is now one of the most successful franchises ever. Audiences fell in love with the exciting story and locations in a galaxy far, far away. An important part of what made the story so great is the cast and characters Lucas introduced us to. 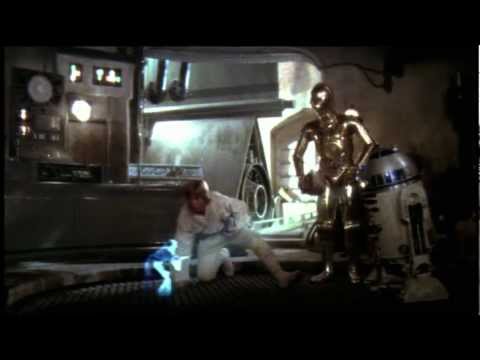 Lucas reportedly played around with Leia’s identity multiple times within the script. According to Inverse, a 2021 book Secrets of the Force by Mark A. Altman and Ed Gross shares that the Star Wars creator almost ditched Leia. He had created the idea of a princess character in Star Wars but made her a side character.

“In Lucas’ next draft [second draft, roughly] the Princess is reduced to a minor character,” Altman and Gross write. “Instead, evil Sith Lord and Imperial operative Darth Vader captures 25-year-old Deak Starkiller at the outset of the story.”

Inverse also shares that another draft “cuts out his unnamed princess” and has Deak get captured by Darth Vader. Deak would later become Luke Skywalker. Later, researchers said that Lucas put Leia back into the story by the third draft and this led to the idea of Luke and Leia being twins.

“With Leia back in the story, the character of Luke Starkiller switches back to being a young boy,” researcher Eric Townsend said in Secrets of the Force. “It was here that the idea of both characters being twins emerged since the two of them were essentially developed out of one.”

While Townsend says that the idea of them being twins was set up early on, that brings to question the possible romantic triangle that was set up for Luke, Leia, and Han in The Empire Strikes Back.

Thankfully, Lucas kept Leia and the rest is now history. Many find Leia to be their favorite Star Wars character from her exceptional quotes to her unique hairstyle. Fisher died in 2016, but she was able to reprise the role in Disney’s sequel trilogy. The legacy of Star Wars would feel incomplete if Leia was not a part of it.