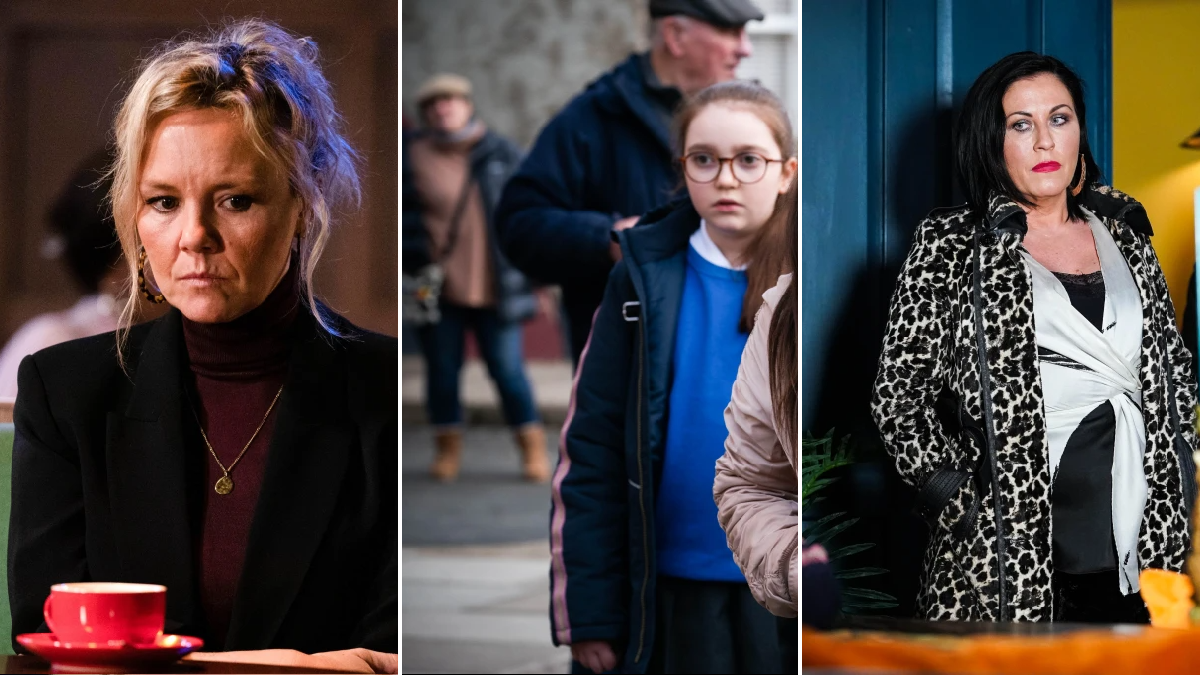 It’s the day of Scarlett Moon’s (Tabitha Byron) custody hearing in tonight’s EastEnders, but there’s all sorts of drama going on that could distract those involved.

Scarlett’s mum Janine Butcher (Charlie Brooks) is keen to take over the care of her daughter, who has been living with half-brother Tommy Moon (Sonny Kendall) and his mother Kat Slater (Jessie Wallace) since last year.

But Janine has also been overly focused on her relationship with Mick Carter (Danny Dyer). And as a result of their ongoing problems, she made an impulsive decision this week.

Janine was left frustrated when Mick remained reluctant to take the next step in the bedroom and, taking this as a sign that he just wasn’t interested in her, Janine told Scarlett that if she is granted custody, they will be moving to Australia.

But when Janine made one last attempt to seduce Mick – which resulted in a cling-film related incident – Mick opened up to her about his past trauma, citing that as the reason behind his intimacy issues.

Meanwhile, Scarlett’s current guardian Kat has had her hands full with Tommy, who was recently involved in a harrowing stabbing after trying to defend himself from a school bully. Tommy had renewed hope for his future this week, when a coach from Walford’s football team showed an interest in his talent.

But as the coach inadvertently learned about Tommy’s recent actions, the opportunity was soon lost. With so much going on, Kat has been too busy to be there for Scarlett – and the same can be said for Janine.

Tonight, Janine heads out to see Mick. After quizzing Whitney Dean (Shona McGarty) about the pub landlord, Janine presents him with a slice of cake in honour of the late Tina’s (Luisa Bradshaw-White) birthday. Mick is touched, and the pair go to Scarlett’s hearing together.

As for Kat, she’s still dealing with the fallout of Tommy’s rejection, and Martin Fowler (James Bye) unwittingly apologises to Tommy before she can explain the situation herself. Tommy then goes missing, just as Scarlett’s custody hearing is due to start.

Eve Unwin (Heather Peace) offers to attend in Kat’s place, where she reads out a touching statement on her behalf. But what does it say?

Will Scarlett continue to live with Kat and family, or will the judge grant custody to Janine? If that’s the case, will Janine pursue her plans for the pair to emigrate? And will Scarlett be happy with the final choice made?