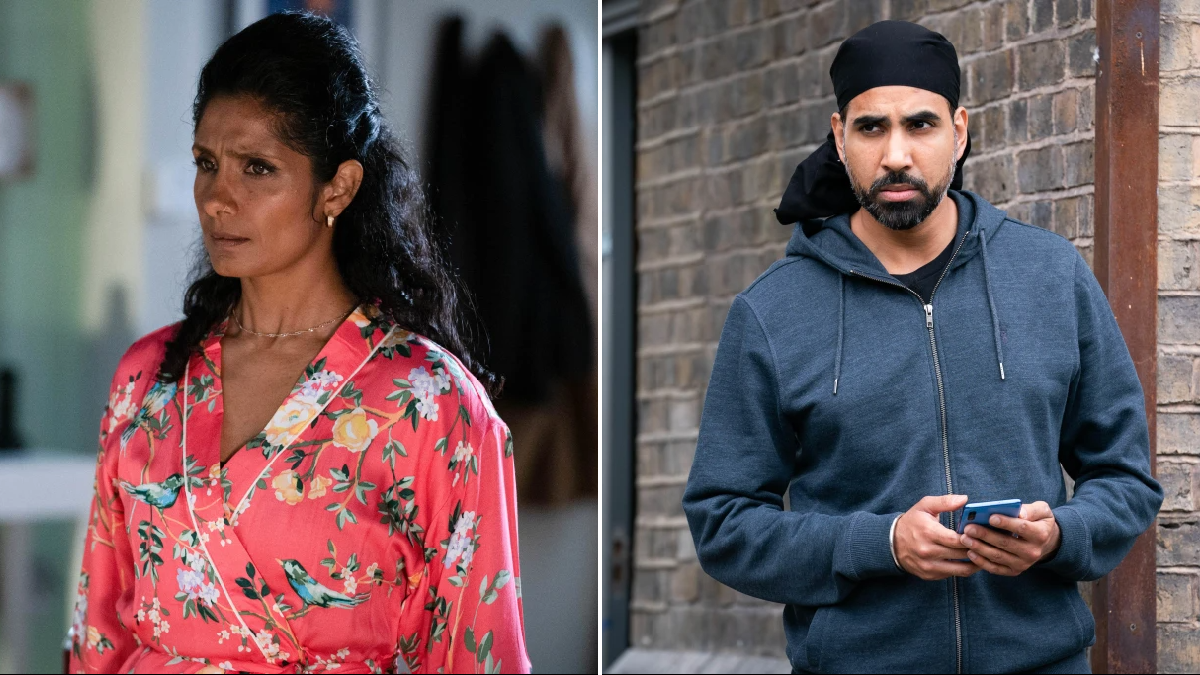 Suki Panesar (Balvinder Sopal) regrets exposing the truth about Jags’ time behind bars in EastEnders as Kheerat (Jaz Deol) announces things are absolutely over between them.

After Ben (Max Bowden) told the Panesars he cut off Jags’ protection, Suki revealed her son was only in prison because she wanted to destroy his relationship with Habiba.

As the Panesar children struggle to process their mum’s evil decision, focus is on Kheerat and Vinny (Shiv Jalota) at the start of the week as they destroy The Arches sign to show Ben they’re not letting this go easily.

Despite the tension with Suki, Vinny, Kheerat and Ash (Gurlaine Kaur Garcha) make plans to go to the opening of the family’s new GP surgery.

However, Kheerat makes it clear to Suki that he will never forgive her for sending Jags to prison unnecessarily.

After overhearing the conversation, Eve (Heather Peace) offers support to Suki, but will she use Eve as a shoulder to cry on?

With Mr Panesar’s release from prison nearing ever closer, what will this latest family twist do to the dynamic if he arrives in Walford?