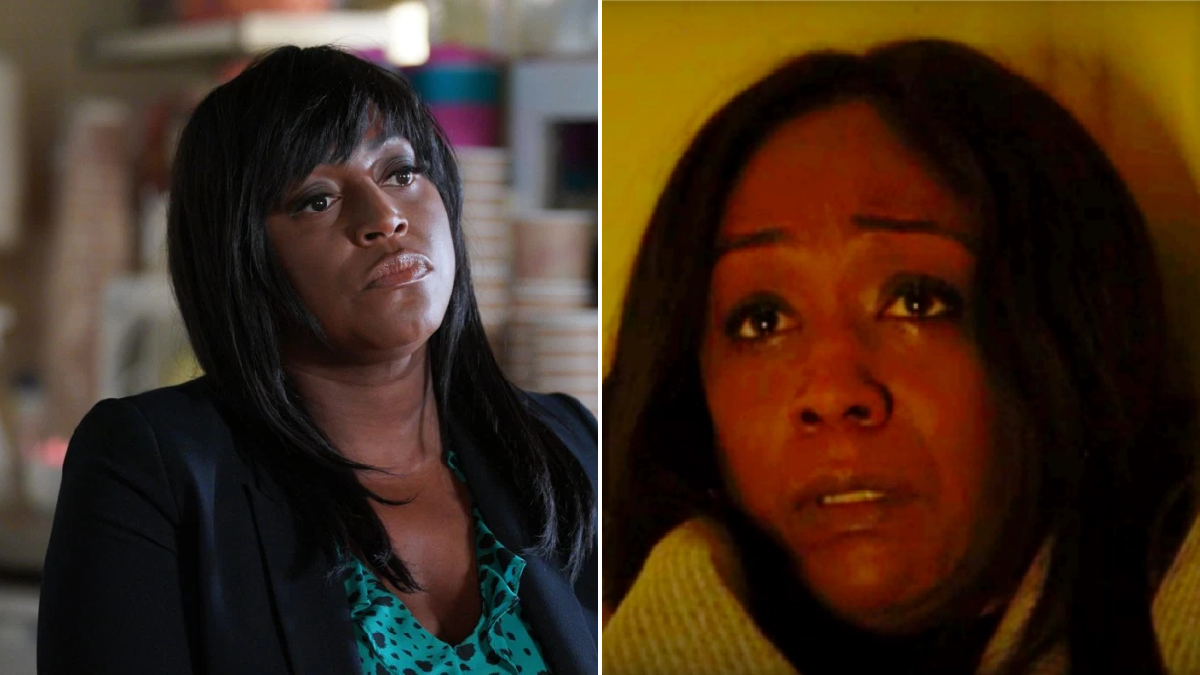 EastEnders fans have been left fearing for the fate of Denise Fox (Diane Parish) after she was kidnapped following an altercation with Lucas Johnson (Don Gilet) and, as far as everyone is concerned, the former lag is responsible for what’s happened. But fans are not so sure…

Lucas has form for kidnapping Denise and leaving her holed up with everyone wondering where she has gone and so it comes as no surprise that he is top suspect, especially given the smashed up state of his flat during a row with his ex.

Denise had confronted him over his treatment of Chelsea (Zaraah Abrahams), who, on the surface of everything, had forgiven her criminal father.

However, she has been secretly planning his downfall, ensuring that he would be set up for a drugs run plot so she could kill two birds with one stone – get out of trouble with Caleb (Ben Freeman) and also make her dad suffer.

Lucas got wind of this plot and cancelled the trip which prompted Denise to confront him over letting Chelsea down.

As she ranted that he would never change, Lucas lost it and it was the last we saw of Denise. A wrecked flat and a blood stain was found, leading Jack Branning (Scott Maslen) to launch an attack on Lucas, determined to get the truth out of him.

Lucas stuck to his guns that he had no idea where Denise is – and as a hidden captor approached a shaken Denise in an unidentified building, he may be telling the truth.

Could gangster Ellie Nixon (Mica Paris) be back on the scene following Phil Mitchell’s (Steve McFadden) double crossing of her to get Raymond back?

Dangerous Ellie has a network of allies and it certainly seemed like there was unfinished business after her final showdown with Phil.

Could she have used Lucas’ return to make her move – and will Denise come out of this alive?