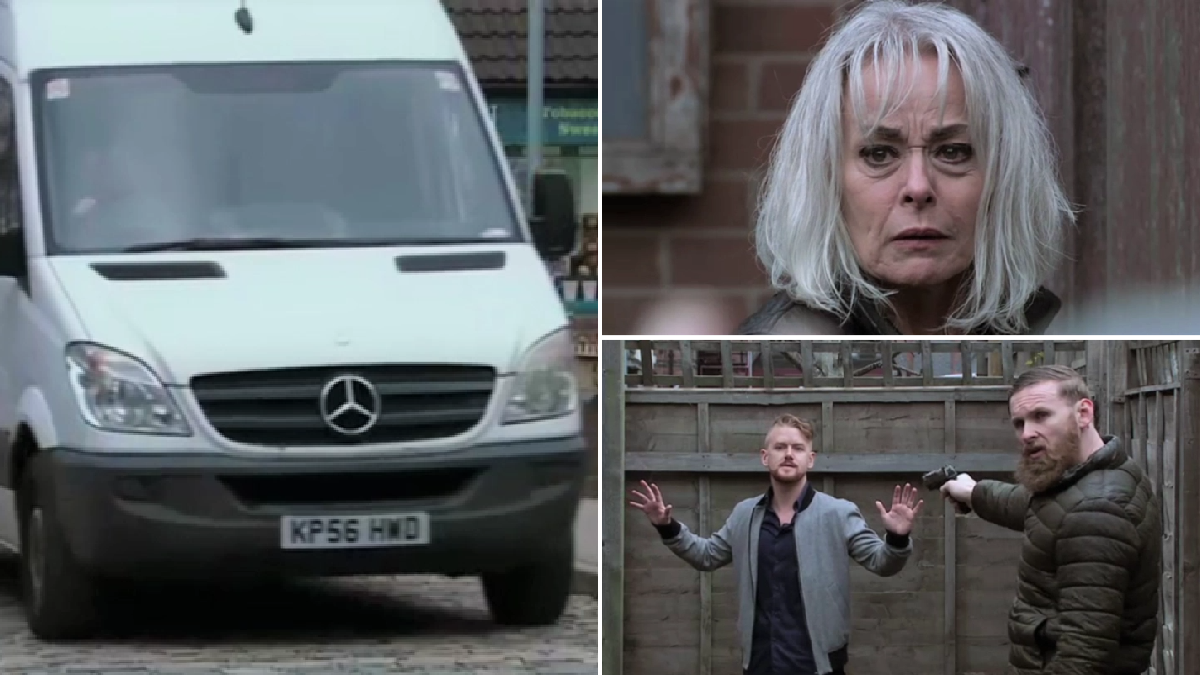 Jenny Connor – or Sherlock Holmes as we now call her – figured out what Sharon was really doing back in Weatherfield and outed her secret to Rita (Barbara Knox) about being related to drug lord Harvey (Will Mellor).

Tonight, Sharon poured her heart out to Rita and explained that she didn’t have a choice but to work for Harvey after her relationship with Ian fell apart.

Meanwhile after a chat with Sam (Jude Riordan) about his new telescope case, Gary (Mikey North) spotted the same van that was used to kidnap the young lad outside the Kabin.

Realising what was going on, Gary followed Sharon and saw her trying to get into the van with Robbie.

After a bit of thinking on his feet, Gary stole the van keys and made a run for it.

With the police on their way, an intense showdown between Gary, Sharon and Robbie looked as though it was going to end badly as Robbie pulled out a gun.

Fortunately for Gary, Sam managed to hit Robbie with his telescope case, knocking him to the floor and saving Gary’s life.

Back on the street, Sharon knew her time was running out. She hopped into the van and quickly drove off as Jenny and Johnny (Richard Hawley) watched her depart.

Has Sharon got away with everything?

Or could she be making another return in the coming episodes?