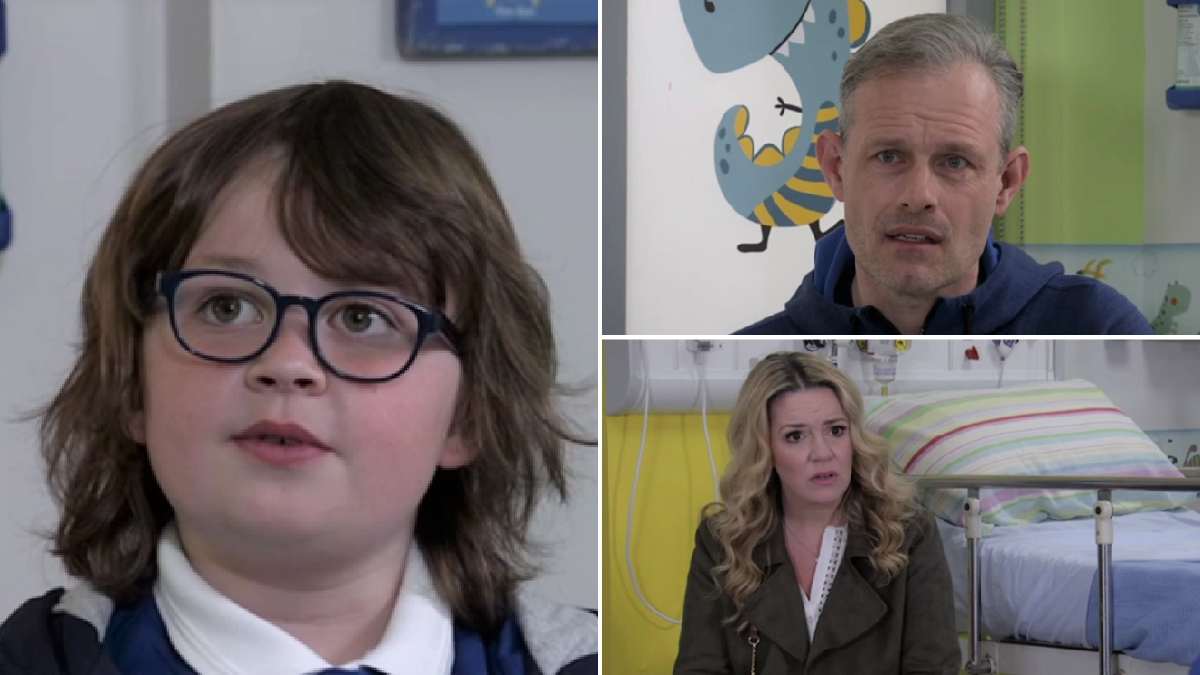 The young lad was kidnapped last week as part of Sharon’s (Tracie Bennett) plan to get Leanne (Jane Danson) and Simon (Alex Bain) to withdraw their statements so Harvey’s (Will Mellor) stint in prison is reduced.

As the search continued for Sam, Nick (Ben Price) made the risky decision to head back to Weatherfield to help find his son. Leanne reminded him he was risking a lot heading back to the cobbles, but Nick jumped in a taxi and arrived home – all watched on by Sharon.

A worried, angry and paranoid Natasha (Rachel Leskovac) confronted Nick, saying she should never have let him into Sam’s life, but Natasha’s fury at Nick was cut short when they noticed a police car pull up outside number 8.

Fortunately, the police officer told Natasha and Nick that Sam had been found and was now at the hospital.

Natasha and Nick arrived and Sam told them about wanting to check out the telescope that was in the back of the van, leaving them both to seemingly put their minds at ease that Harvey’s gang wasn’t involved in the kidnapping.

However, after Nick and Sam said their goodbyes once more, Nick hopped into a taxi ready to return to the hideout, only to realise the driver was Robbie (Rick S Carr) – Sam’s kidnapper.

Nick was told Leanne and Simon must withdraw their statements or else Sam will go missing again, and potentially won’t ever be found.

Sam’s safe, for now, but caught in Harvey’s trap, what will Nick do?

Will Leanne and Simon even agree to change things for Harvey’s sake?